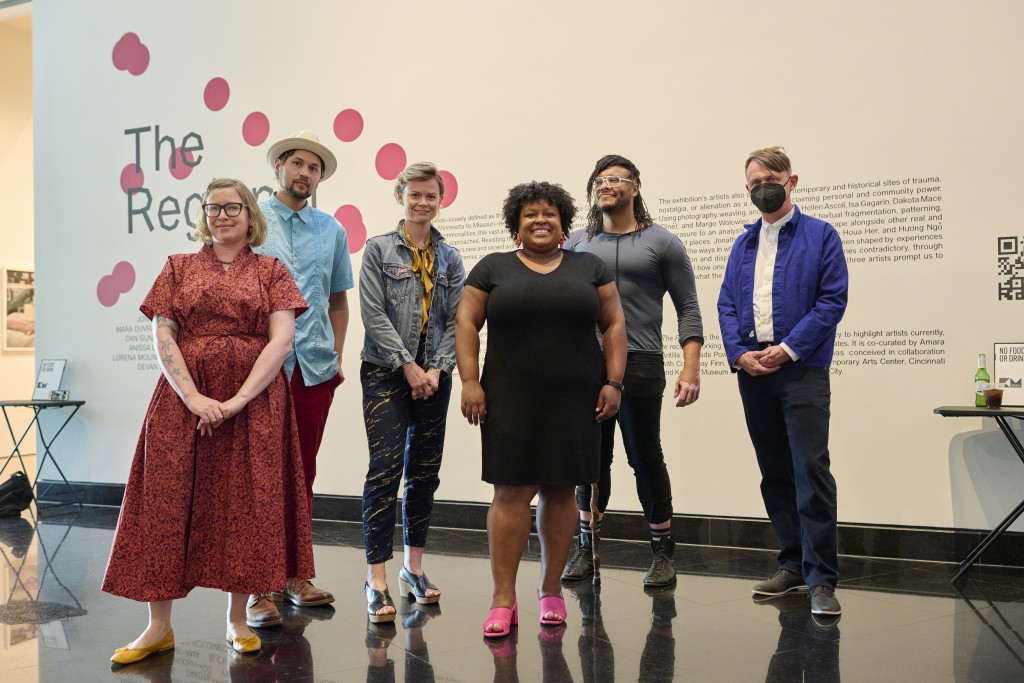 While filled with beautiful pieces, art museums can sometimes feel a little impersonal. You may see a name next to a work, but the story of that individual, who they are, and where they’re from remains a mystery. More specifically in the midwest, we often don’t think about the work that artists are doing in our own backyard.

Working to flip that idea on its head, The Regional is the newest exhibition at The Kemper Museum that features 23 artists from all over the midwest. The themes focused on in the exhibition include identity, labor, immigration, landscape, and more and the mediums used span everything from traditional painting to audio and videography.

On June 2nd, the museum held an exhibition preview where three artists; Rashawn Griffin, Alice Tippit, and Jonathan Christensen Caballero talked about their experience of being a part of this event.

“I don’t think of myself as a regional midwestern artist specifically,” says Alice Tippit. “But I am a part of a community of artists living in the midwest who are influenced, whether we say we are or not, by our surroundings. I think this is important because so much work that makes it into the world for people to see is not from this part of the country.”

It seemed that while so many of the artists had traveled all over not only the country but the world, they kept the midwest as their central hub. The narrative of landscapes and openness filled many of their inspirations for their work.

In a place like the midwest that is often overlooked, there are still so many ideas that have been pulled from the setting.

“What’s interesting about this show is that it’s giving you a snapshot, and an interesting snapshot, of what is being made in this region,” says Rashawn Griffin.

As the night finished, The Regional exhibition was opened and everybody filed in to see the works the artists had created. There was an excitement in the air realizing that so many of these creative individuals were from not so far away.

“I hope that people will be excited to know that so many of these artists are so close to where they live,” says Jade Powers, curator of The Regional. “There have been a handful of shows that these artists have had in New York and bigger spaces and so it’s really exciting to be able to say that we’ve been able to work with them and see their progress.”

The Regional is a free exhibition, to learn more about the artists involved you can find the information here.