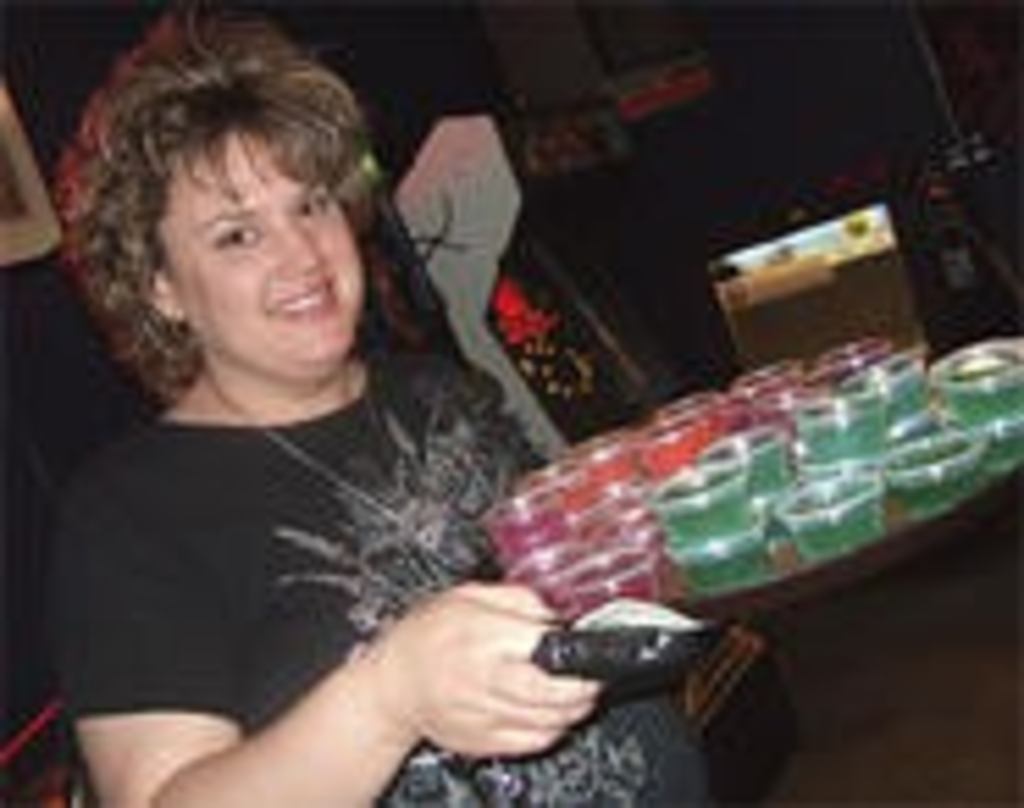 During a late-night jaunt to Sidekicks, the gay cowboy bar on Main, we were standing around with Research Assistants Scott and Shawn when, suddenly, Scott leaned in. “Oh, my God,” he muttered. “Remember that guy I was telling you about? The one who got into a fight with his boyfriend at Outabounds because of you? He’s here!”

Cue the western showdown music. All we needed was a lone tumbleweed to roll across the floor. We discreetly glanced over and spotted our denim-shirt-clad enemy. Even though we’d never met him, he somehow deduced the NR’s identity and was now giving all of us the evil eye.

Scott told us that one night last spring, he and Shawn were hanging out with a friend and Denim Shirt, the friend’s new boyfriend. The Night Ranger came up in conversation, to which Denim Shirt immediately responded, “I hate that fucking bitch.” He got so riled up about the NR’s existence that he eventually stormed out of the bar and left his companion. Needless to say, they’re no longer together.

We briefly debated whether to approach him, but we felt serious waves of hatred emanating from his direction. And we’re not really fans of ass-kickin’. And yes, that’s kickin’ with an n apostrophe, the best kind of kicking there is.

Anyhoo, we were fairly lit from a night of drinking and needed to continue our buzz. So we found solace in Sidekicks’ surprisingly lethal Jell-O shots. Served in shallow plastic condiment containers, these $1.50 jewel-colored treats came in tequila lime, or vodka with cherry, orange or cranberry. Because of the wide mouth of the container and lack of a toothpick, we had to do some mouth calisthenics to set the Jell-O free.

“You need to tongue it and spin it,” Shawn directed.

“You need to be a lesbian first,” Scott said.

We ordered a $3.50 bottle of Bud at the cash-only bar, then snagged a table by the wooden dance floor. We’ve always liked Sidekicks for its laid-back vibe. We also love that we can sport our denim skirt and red cowboy boots with the heart-shaped cutouts and elicit compliments from both buckaroos and fillies. Sidekicks’ décor is fantastic — rainbow-striped American flags festoon the walls, and gold tinsel and a mounted deer head stand guard behind the front bar. In an alcove on top of the front door, we spotted an item we instantly coveted: a shiny, waist-high, gold-colored metal cactus that looked to be studded with diamonds.

The bar has undergone a bit of a change: Apparently, the DJ now intersperses country with Top 40 and club hits after midnight on weekends. This results in alternating rushes to the floor by those who want to get down and those who want to two-step. That night, Carrie Underwood inspired couples to glide across the polished floor, and then “Stayin’ Alive” and the Grease medley drew an enthusiastic gaggle of young, hip guys. During Alannah Myles’ “Black Velvet,” a woman in a green sweater that bared her black bra straps smoothly two-stepped with her male partner, while two guys in cotton shirts tucked into Wranglers paired up and followed suit. It was very Dancing With the Stars — and just as entrancing, because they knew their shit. We chatted with one of the two-steppers, 38-year-old Laura, who became addicted to the dance after taking lessons. She told us that the floor is usually packed from 9:30 to 12:30 with “fabulous gay cowboys” — real cowboys, she assured us, not just those fashionably dressed as such.

By this time, Denim Shirt had vanished, so, after giggling that we drove him off, we ventured to the now-safe front section of the bar. There, we spotted two friendly-looking guys: Blake and his buddy, who wanted to go by the pseudonym Logan. Both were clad in close-fitting T-shirts that showed off their physiques.

“I love the Grease music,” was the first thing 33-year-old Logan said.

“I’m white bread. I have no tattoos, no piercings,” added 37-year-old Blake, by way of introduction.

Both guys met through friends. “We met how all gay guys meet — bar, bathhouse,” Logan quipped. They’re now Sidekicks regulars, and they told us about how they once witnessed the sheer randomness of a drag queen’s birthday party there. The festivities included fake crab dip and a nearly dropped birthday cake.

They also occasionally visit Saddle Ranch at the Legends, which we’ve been dying to check out because it has a mechanical bull. Logan said that during one visit, he was trying on all kinds of souvenir T-shirts at the bar when patrons got offended by his exposed nipples. “Take your kids to Bennigan’s,” he sniffed in reply.

To celebrate the fact that we weren’t at a Bennigan’s, we decided to do another Jell-O shot. So, after hugging our new friends and saying goodbye, we searched for the shot lady. We did a quick run-through of the bar but couldn’t find her. We ended up in the pool room that’s off to the side in the front. That’s when our RAs were approached by a random guy with a foot fetish. He asked them to walk on him. They declined, even though he tried to sweeten the deal by letting one of the guys watch while the other walked.

Speaking of sweet deals, we spotted a mysterious door. RA Scott knocked. When it opened a crack, he politely said, “I’m inquiring about Jell-O shots.” Kelly, the lovely shot girl, soon came around with a full tray. We downed them, then reluctantly left around the 3 a.m. closing time. Happy trails, Sidekicks. We wish we knew how to quit you.