The Rapper Who Fell to Earth 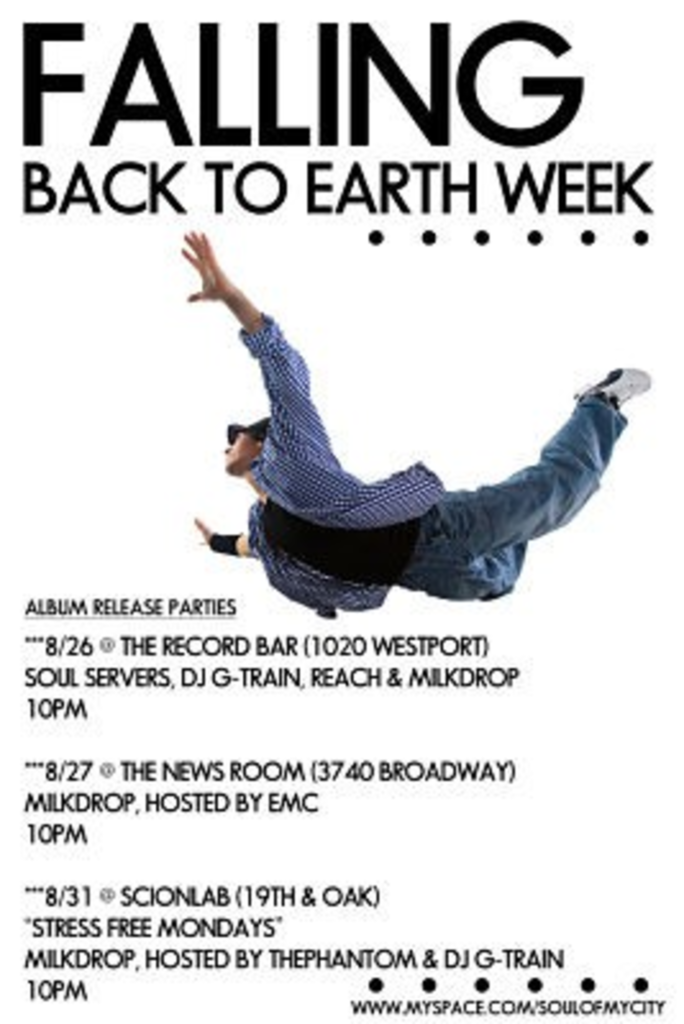 In The Man Who Fell to Earth, an alien played by David Bowie drops in on ol’ terra firma looking for a spot of tea and a way to take water back to his drought-suffering home world. He introduces new technology to earthlings and rises to the top of a tech-conglomerate before the humans turn on him and force him to marry Iman.

By contrast, local rapper John-Alan Suter, alias MilkDrop, is quite at home in his Kansas City surroundings. One of the more prolific local hip-hoppers in terms of discs dropped, Milk will have released two mixtapes (including Rise Before the Fall) and two full-lengths by the end of the year. He’s celebrating the first of those LPs, Falling Back to Earth, with a string of shows over the next week, including tonight’s gig at the Record Bar, with Soul Servers, DJ G-Train and Reach.

The album was produced by star local beatsmith and rapper D/Will, whose chunky, anthemic beats alongside MilkDrop’s smooth flows make the new album one soulful bowl of Rap’n Crunch.

Grab a free MP3 below, and if you can’t make tonight’s show, MilkDrop will be at the Newsroom on Broadway tomorrow night for a show hosted by EMC. And if that’s not enough, this Monday, August 31, Milk will join thePhantom* and G-Train for an installment of their regular Stress-Free weekly at the ScionLab.

from Falling Back to Earth