The race for the Kansas Third feels a lot like 2016 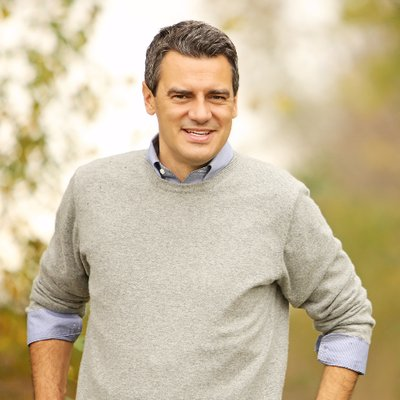 A crowded, confusing Democratic primary will come to a close Tuesday for Kansas’s third congressional district.

The six-person field features all shades of blue. Progressives and centrists and corporate Dems and even a democratic socialist.

It remains unclear, at both the national and state levels, which of these flavors of Democrat are best suited to take on the Kevin Yoders of the world. After the 2016 election, with Trump and his various acolytes spreading their particularly insane brand of “conservatism” across the country, who is best suited to beat back the tide? Radical change agents or experienced incrementalists?

Contrary to many think pieces out there, the KS03 primary won’t decide the future of the Democratic Party or of American politics at large. But the result will send a strong signal as to the direction it is headed.

Friday, the Star endorsed Sharice Davids, a 38-year-old lawyer, former professional mixed martial arts fighter and lesbian indigenous woman. She’s experienced, has a compelling personal story, is full of charisma, and is from the district.

The Bernie Sanders wing of the party has put its support behind Brent Welder, a 37-year-old grassroots organizer and former labor lawyer. A few weeks ago, Sanders brought rising political star Alexandria Ocasio-Cortez to a rally in KCK to boost Welder, resulting in hundreds of thousands of dollars in donations. Welder’s message of Medicare-for-all, a $15/hour minimum wage, refusal of corporate money, and debt-free college resonates with an increasingly left-leaning youth.

But Welder himself has left many wanting. He only moved to the district (and the state) just over a year ago, leaving many to question his knowledge of the KS03 and what its voters care about. Some fear he is the opponent Yoder wants to face, seeing his inexperience, radical messaging, and outsider status as exploitable weaknesses.

A poll released over the weekend by Public Policy Polling showed Welder leading, followed by Davids and Tom Niermann. But with primary turnout expected to be low (as with all primaries), it’s anyone’s guess who will secure the nomination.

As one of the least sincere politicians of our time, Kevin Yoder should be easy to beat. The national dialogue around Yoder would lead you to believe that he’s prime to lose his seat. After putting up impressive wins in his first two prior congressional races, Yoder was bloodied in 2016, when Jay Sidie “put a scare” into him. Not too scary, though: Yoder still won by 9 points.

But Yoder should not to be underestimated in 2018. For one, he’s got cash. Lots of cash. Yoder has about $1.8 million in cash on-hand, according to campaign finance watchdog group OpenSecrets.org. That’s nearly as much as all his other opponents combined. And until the campaign finance laws change, money is the easiest way to win the vast majority of elections. Yoder’s coffers will grow with the help of massive corporate PACs, wealthy donors cutting fat checks, and, of course, that sweet, sweet Koch dark money.

Yoder’s Democratic opponent will have to work much harder for less money. Even if Welder or Davids were to garner the unified support of all the lefty voters in the district (which is hardly guaranteed), both will be playing a never-ending game of catch-up. This is not to say candidates can just buy elections (although candidates can absolutely just buy elections). But Welder/Davids have needed every last drop of money to compete in this primary. That’s why Bernie Sanders came to town, and it’s why EMILY’s List gave Davids’ campaign a huge boost. They both need the help.

When voters look at Welder, they can see a “for the working man” challenger against a “for the businessman” Yoder, someone who will lift the little guy past the forces of evil and big money that have taken over American politics.

When voters look at Davids, they can see the future — a future lead by women, a future where outsiders like an indigenous lesbian MMA fighter have a say in shaping our political destiny.

The ghosts of the 2016 presidential election are impossible to ignore. In Tuesday’s primary, we’ll see a left-leaning male candidate preaching a “radical” message versus a highly qualified woman running on a more moderate platform, both with the chance to defeat a cartoon villain everyone seems to hate.

It’s almost like everyone wants to avoid repeating what happened in the 2016 presidential election, but no one knows how to prevent it.

Good luck to (and God help) whoever faces Yoder.