The Psychedelic Furs’ Tim Butler on Made of Rain, the band’s first LP in nearly 30 years 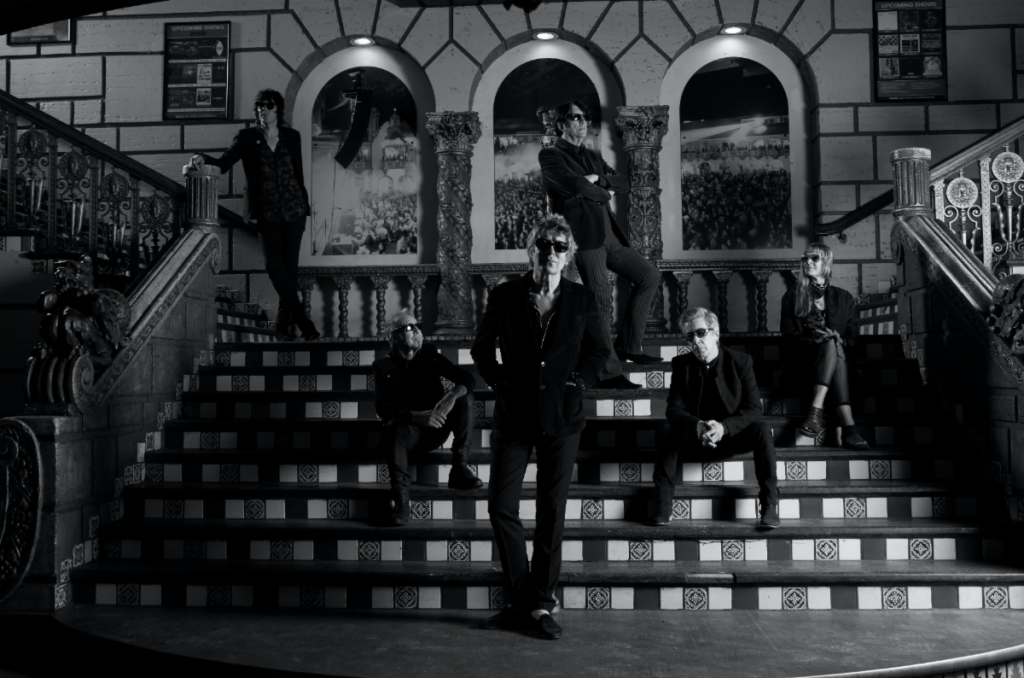 The Psychedelic Furs have been making moody, beautiful rock music since 1977. Despite a hiatus for the better part of the ’90s, when founding members Richard Butler and Tim Butler founded Love Spit Love with Richard Fortus and Frank Ferrer, the long-running band is still going strong. After reuniting in 2000, the Furs have toured regularly, and thanks to the use of their songs “Love My Way” and “The Ghost of You” in Call Me By Your Name and Stranger Things, respectively, the band continues to find new fans over 40 years on.

This Friday marks the release of Made of Rain, the band’s first new material since 1991’s World Outside. Thanks to the work of collaborator Fortus as producer, along with deft mixes from Tim Palmer, the new material hearkens back to the band’s classic ’80s singles, while still fitting in alongside modern indie and alt-rockers. The sound on Made of Rain is vast and powerful, ably demonstrating that the album is well worth the long wait.

I hopped on the phone with bassist Tim Butler earlier this week. Speaking with the musician from his Kentucky home, we discussed Made of Rain and its creation. 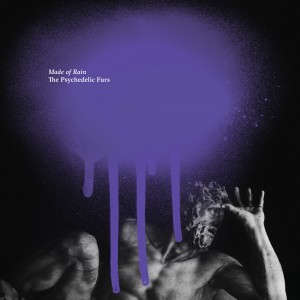 The Pitch: This album was pushed back a little due to COVID-19, correct?

Tim Butler: Yeah and it’s affected the fact that we can’t go out and play to support the release of it. We were really excited about the album coming out and being out, playing new songs–brand new songs–to an audience. Of course, that’s been pushed back to next year, so that’s really disappointing and frustrating, but at least the record’s finally coming out after 30 years.

What was the process of putting together the first new Psychedelic Furs music in almost 30 years?

Well, it was a long process, because when we first got back together when we first got together in 2000, we were talking about doing a new album but we were very, very nervous about making sure that what we put out was on-par with the other records we’d put out. We would kick around ideas and we’d say, “Ah, that’s that’s okay–let’s carry on writing,” but finally, in the six or seven months before we actually recorded the album, the input of songs from the other guys in the band and stuff started to really improve in our mind.

We thought, “Wow: we’ve got an album’s worth of material here. Let’s go and record it,” and when we actually decided on that, it was a really quick recording. There were two 12-day sessions of recording–one late last year and one earlier this year in January, then it was mixed by Tim Palmer in three or four weeks and that was it. When it finally came together, it came together very quickly.

I love the fact that you worked with Tim Palmer on this record because of the sort of sound he brings to it. He’s very noted for having done a lot of stuff in the ’90s, but he’s been in this almost as long as you all have. What was the appeal of using him to mix this record?

When we thought about doing the record, of course Richard Fortus helped us. He oversaw when we actually recorded it, but he suggested Tim Palmer. He rolled out the whole list of things that Tim Palmer had mixed and we’re like, “Hey, that’s a good album, that’s a good album–hell, yeah. Is he into it?” Apparently, he is a fan of the band and he was really into mixing it, so we used him.

Working with Richard Fortus: was it helpful to work with somebody you know and with whom you’ve played with for well over a decade?

Yeah, before that, we had known Richard since 1992 when his band, Pale Divine, played support for the first World Outside tour, and he was a fan, so it helped that, when in the studio, he could guide us in the direction that he thought was the best of the Furs and steer us away from what was maybe the worst–or the overindulgent area–of the stuff we’ve done. It was really relaxed, as well, because we knew him, so there was no getting used to a producer. All in all, it was a very relaxed, fun recording process.

I would imagine that, having played with you all for so long, he knows what you and Richard like are are capable of. Did he push you to try new things or was this working within a comfort zone?

He pushed us to go in new directions–which, of course, we would anyway, because you’re influenced by all sorts of music that goes on around you. When we went into to record or rehearse, we were already ready to try different sounds and directions and he just sort of made it happen. He actually played guitar on some stuff and he played viola on some tracks, so he brought a lot of extra ingredients to the sound of this record.

It is very recognizably the Psychedelic Furs, but it does have these different elements. You mentioned music that’s going on around you–what music were you hearing that influenced Made of Rain?

I can’t think of any big influences. I mean, you hear snippets of things and, yeah, it could be a Beyonce video and you hear some part and you think, “Well, that’s cool.” All those sorts of things sort of filter into how you approach a song and approach your instrument and approach the vibe that you’re after. One song, “Come All You Faithful”–that chord structure, when Richard brought it in it, was reminiscent of the vibe of a song called “Lamplight,” by David Essex from the ’70s, so we sort of carried on and added to that vibe.

You’ve produced a lot of videos leading up to the release of Made of Rain. Was that something you had thought of before the delay or has some of this come about as a way to promote it since you can’t go out and tour?

I’m not that’s why. All those videos are just basically lyric videos because, at the height of the virus, we couldn’t even get together to think about doing a video with a band in it, so that that is a way to draw attention to the fact we’ve got an album coming out. People can at least see it, read the lyrics and get that from the song. The latest video we’ve got, again hasn’t got the band in it because you can’t really get together to do any sort of in-person videos. We’re happy with it.

We’d like to have a video with ourselves in it at some point. We have to wait and see how these restrictions and stuff lift up before we come on tour next year.

You mentioned that when you started writing Made of Rain and started conceiving of making a new album, you wanted something that stood up. Is there pressure, given the stature of some of those early singles, to the new material stand up to these songs that have been in people’s minds for almost 40 years?

I mean, that’s the one reason why it took so long. “Love My Way” and “Pretty in Pink” and “Heaven”: our audience knows those and they’re very eagle-eyed. If something comes out that’s not up there in quality they’re gonna say. They’re not gonna hold back. So, yeah, there is pressure but, once we got on a roll with the recording and we were happy with it, we thought, “Yeah, these songs can compete in quality.” We just went with it and that’s why we did it so quickly–we were so happy with this batch of songs.

It seems that, thanks to the perennial popularity of movies like Valley Girl and Pretty in Pink, along with The Wedding Singer in the ’90s, Glee in the ’00s–or even Stranger Things a couple years ago–film and TV are a really good way of keeping the Psychedelic Furs’ music in front of new audiences every decade.

To be chosen to be put into a movie by someone is the ultimate in promotion, if you like–especially if it’s a hit movie. Being in a series like Stranger Things or “Love My Way” being in Call Me By Your Name definitely brings you back to people: “Who’s that? Let’s check that band out.” That’s why, since we got back together, we’ve been getting younger and younger new fans who are just discovering the band because of that.

It’s great. It’s always good to hear. When I heard about Call Me By Your Name and I went to see the movie, [“Love My Way”] is used two or three times in that movie. Every time it played, it sort of gave me shivers down my spine to think, “That was me, playing on that on that track. All those years ago, you never thought that you’d achieve this sort of thing.” I mean, it affects people’s lives. You’ve actually made a worthwhile, lasting imprint on music, which is all you can ask for, being a musician.

The band has discussed “Pretty in Pink” and its inclusion in the film quite a few times but the one question I’ve always had is: what’s it like to have a big hit movie, which has persisted for over 30 years now, named after one of your songs?

Amazing. When we heard about it, we thought it was amazing that, because Molly Ringwald was a fan of the original song and album, she asked John Hughes to actually write a movie around that song–which has nothing all to do with the song, but I’m still very thankful that the both of them got together over that song and came out with a movie and called it Pretty in Pink. It’s one of the lasting imprints we’ve made on music.

The Psychedelic Furs’ Made of Rain is out Friday, July 31, on Cooking Vinyl. You can order the album in myriad formats here.