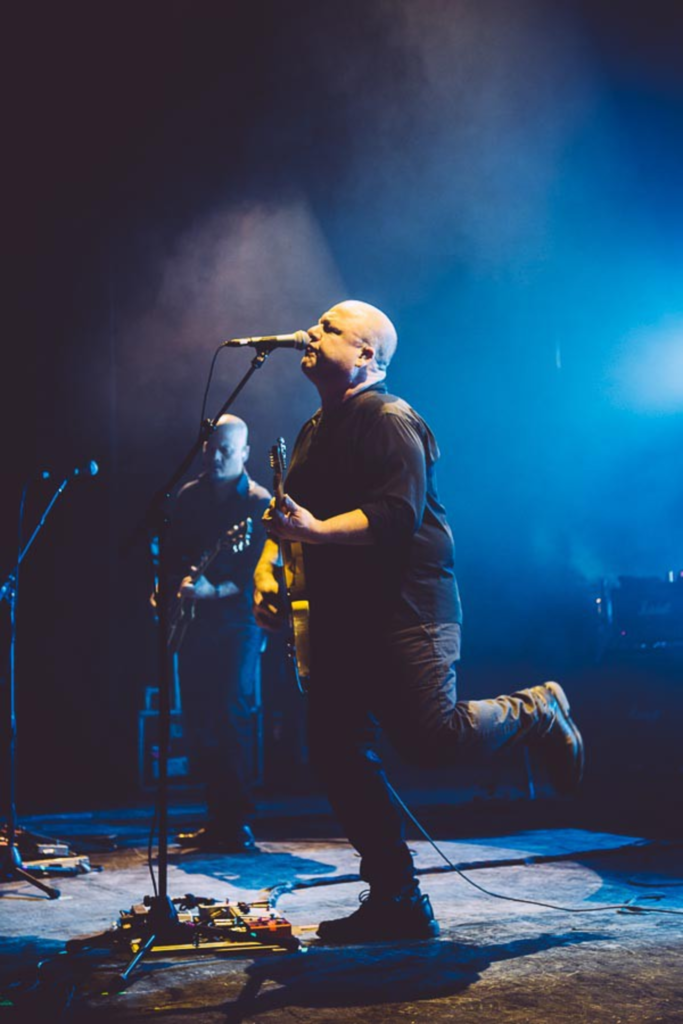 The Pixies with the Cults
Midland, Kansas City
February 11, 2014

Black Francis is not much for small talk. During the Pixies’ 90-minute set last night at the Midland, the band’s legendarily egomaniacal front man, his trademark bald dome shining under the spotlight, did not address the audience once – not even to say “hello” or “thank you.”

At first, his silence seemed a little off-putting. When I’m sweating in the middle of a nearly sold-out crowd, maximizing every inch of my 5’6″ height to get a better view of a band I’ve loved since I was a teenager, it helps to establish a connection if said band acknowledges my presence. It revs me up for activities like cheering, dancing, and purchasing t-shirts. 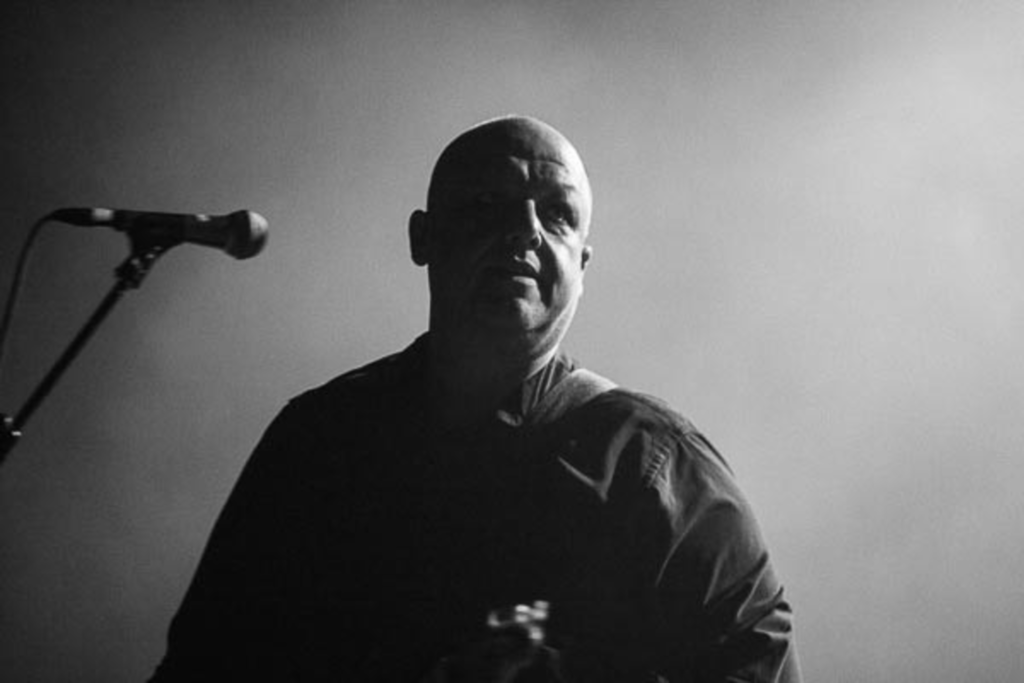 But the lack of banal pleasantries was not intended as an affront. Any time spent shooting the shit would have distracted the Pixies from bringing their riotous, uniquely styled  madness to the masses. In fact, throughout the night the band barely exchanged more than sideways glances with each other, transitioning seamlessly from one song to the next without breaks.

The Pixies don’t need to say much; their music speaks for itself. Each member of the band knows the precise moment to release a feral scream or manipulate guitar feedback to create gloriously organized chaos. With eight recordings – including two new EPs, released in 2013 and 2014 – and a career that spans nearly three decades, the Pixies have amassed one of the most distinctive and influential bodies of work in modern music. 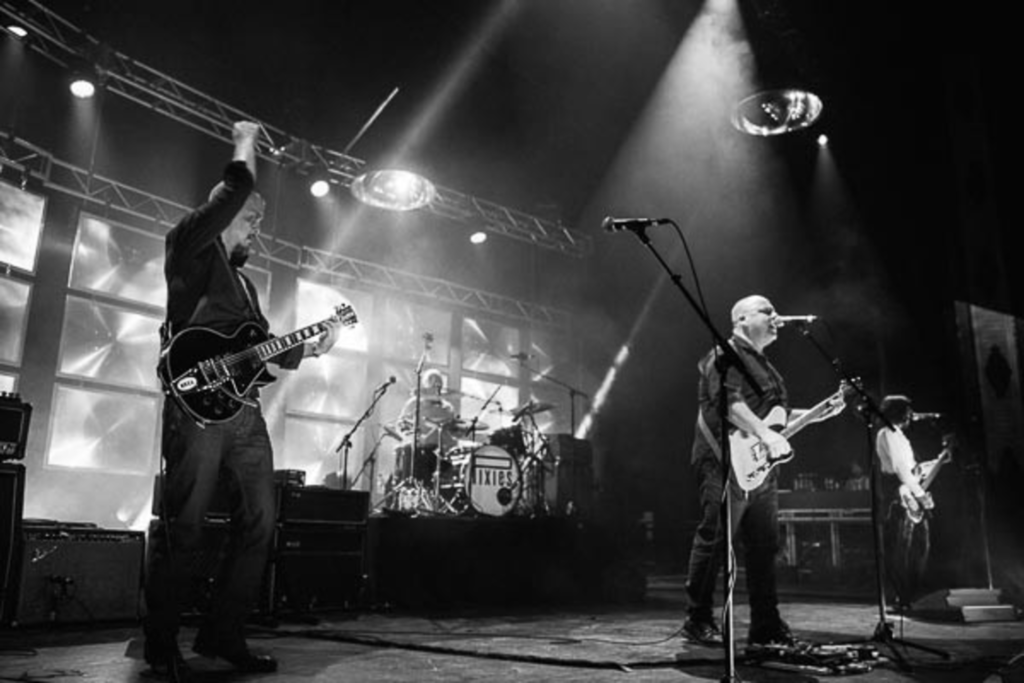 For a band with such longevity, it’s impressive that most of their original lineup is still in tact. Drummer David Lovering and lead guitarist/sound-bending wizard Joey Santiago sounded as sharp as ever, as did the inimitable Francis. 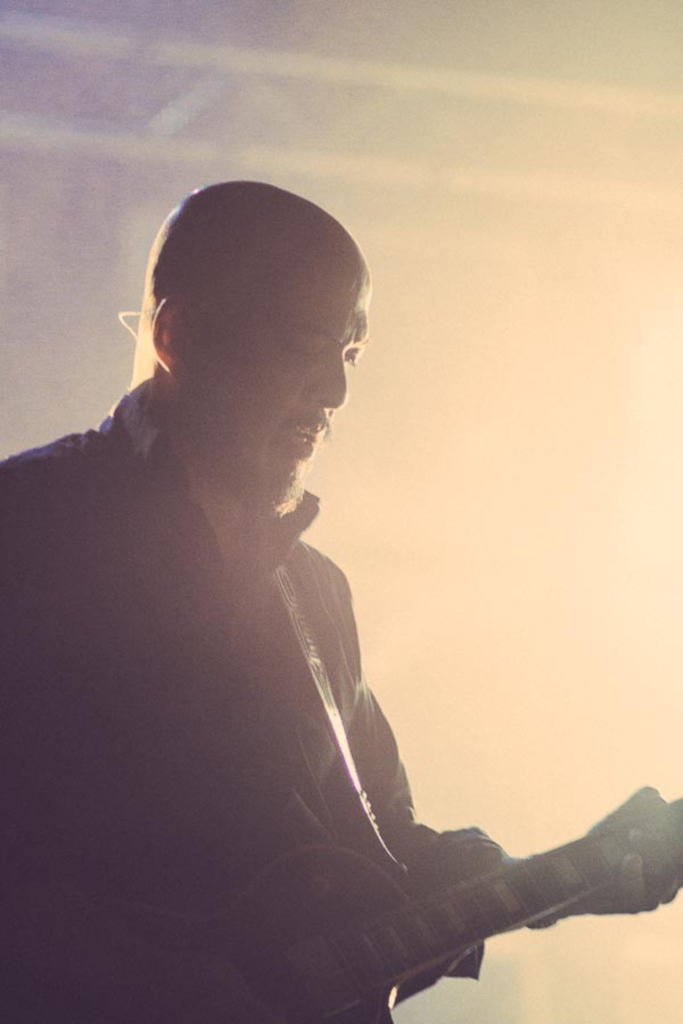 As for departed bassist Kim Deal: She was missed. She brings a certain lighthearted energy to the band that is vital – and she is the only personality big enough to upstage Francis. Deal was the highlight of shows I attended in 2004 and 2010, grinning from ear to ear while strumming her bass. One of my friends opted to skip the show due to her absence. To another friend, it was no biggie – “It’s the Pixies, deal or no deal,” he said. 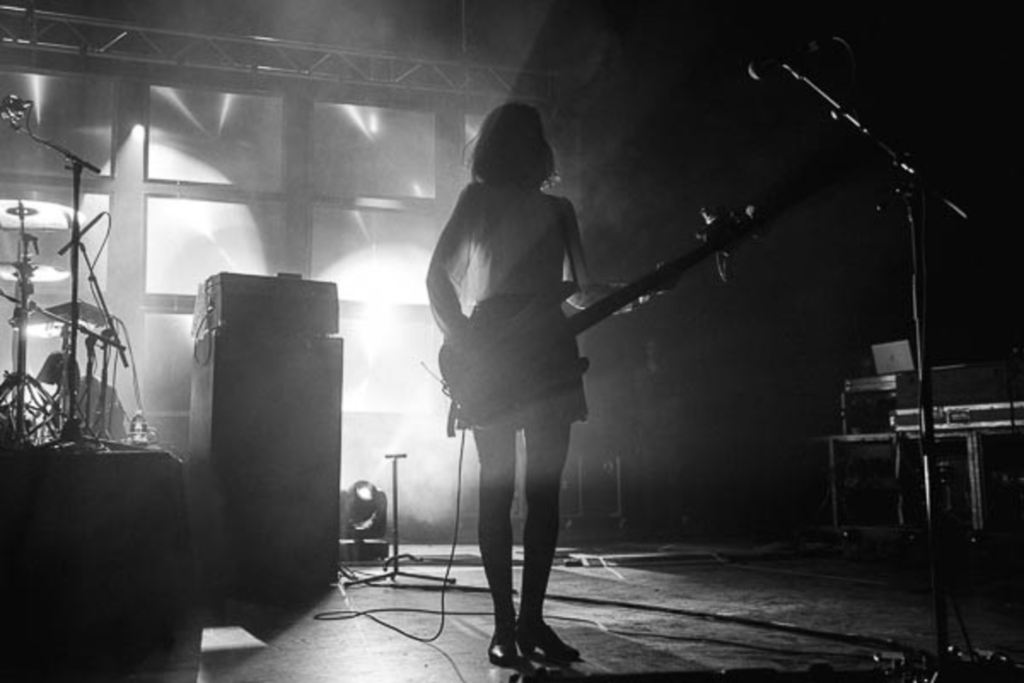 Touring bassist Paz Lenchantin of A Perfect Circle was a solid stand-in for Deal. Wearing a button-down white blouse and black skirt, she looked ready for either choir practice or a job interview. She did her best Deal impression, including an ear-to-ear perma-grin that never left her face. She was just jazzed to be there. She especially shone on “Havalina,” her soaring voice carrying the last lines of the song as she smiled like the Cheshire Cat. 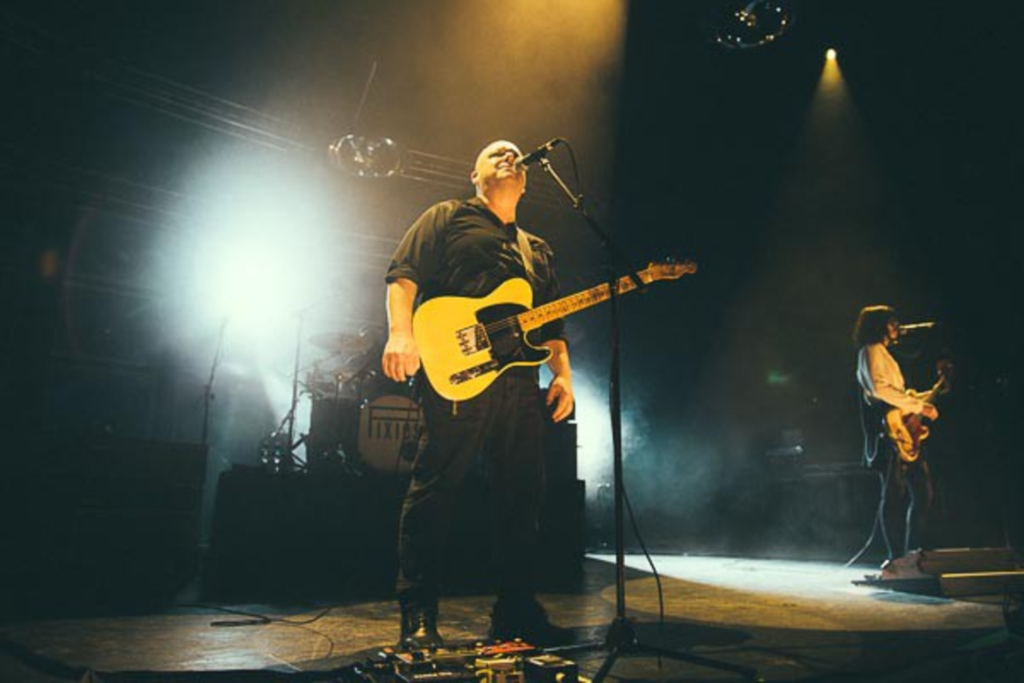 The band covered a good mix of material from their myriad recordings, particularly 1989’s “Doolittle” and 1988’s “Surfer Rosa.” Their new stuff also made an appearance, including tamer, more intimate cuts like “Andro Queen” and “Silver Snail.” It’s exciting to hear fresh material from the Pixies, even if it doesn’t quite live up to the surf-rock jams of their glory days. The biggest crowd-pleasers of the night were the older hits. A chorus of voices joined in on classics like “Here Comes Your Man” and “Where is My Mind,” and a couple of daring souls surfed the crowd.

Openers the Cults, a five-piece band from New York City, were at the end of their ten-show run with the Pixies. Their sound was pleasant but not terribly captivating, a fun, sometimes catchy indie-pop jaunt. Lead singer Madeline Follin has one of those voices that’s so rich you wish you could chew on it, all effortless power, like water running over a stone. The rest of the band sounded solid, but they lacked energy. 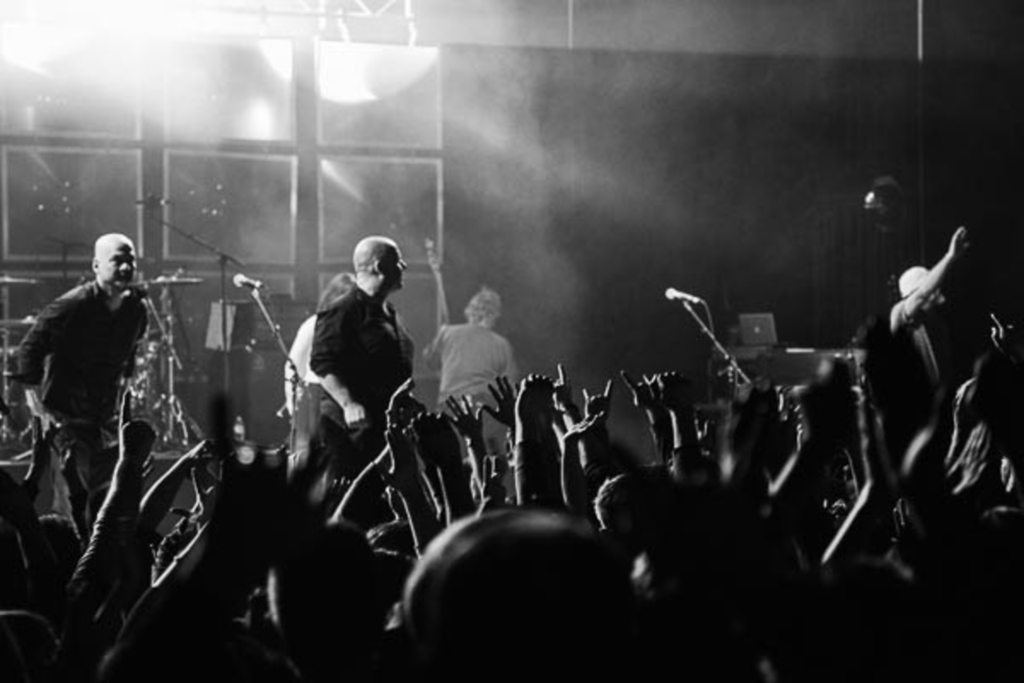 Fortunately, simply by virtue of their legacy, the Pixies provided enthusiasm to spare, even if they were somewhat outshone by their own former glory.