Our love for these tracks will still be strong...after the noise of summer has gone. 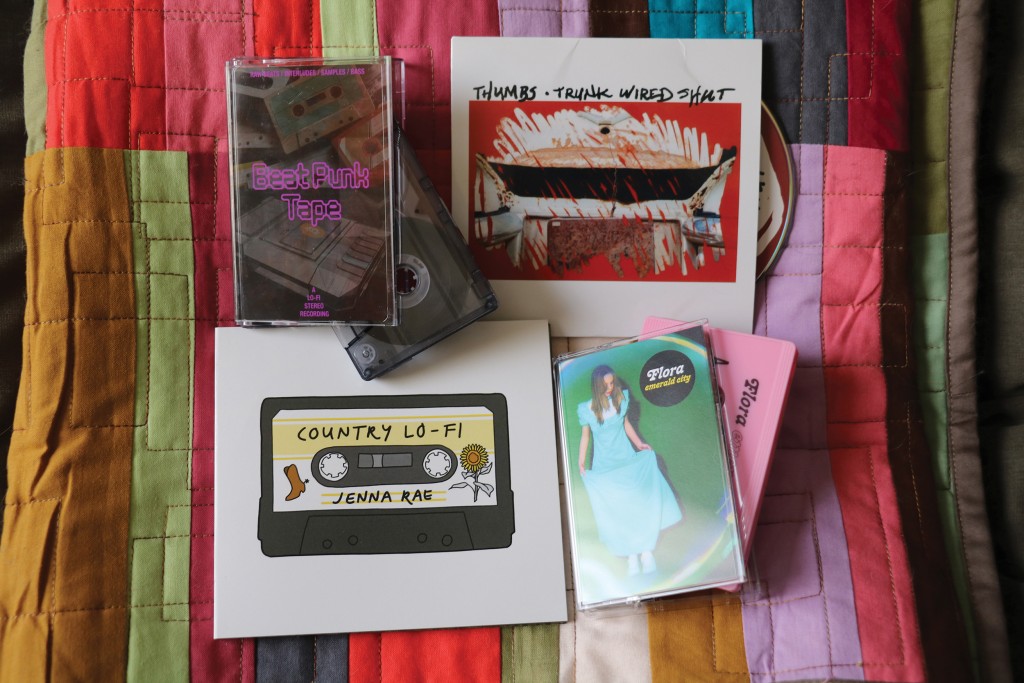 What better way to guide your musical tastes toward some new listens, as part of the titular Summer Guide issue, than this roundup of new releases coming from artists in and around the metro?

Whether your tastes lean toward electronic, indie, country, rock, or hip-hop, we’ve got treasure for you here. Let us be the eclectic soundtrack to your backyard BBQ with friends and family.

There’s a certain delight when a musician reaches out to ask about us covering their new release then finding that the release is maddeningly good. In this case, a fellow named Mick put together a collection of self-described “experimenting with some uptempo stutter-like hyper-soul beats.” It’s the first of what he hopes will be monthly mixtapes throughout the end of the year.

To wit, it is an actual mixtape. A few days after we corresponded, it showed up in my mailbox and proceeded directly to my tape deck. [Yes, I still have a tape deck, and it rules. All you vinyl junkies need to expand your horizons.]

What poured from my spreaders was a set of soul grooves shot through with 808 kicks. The whole experience comes across like a lost MF Doom session from the early ‘00s. While a few vocals make themselves at home, this is mostly a collection of beats begging for an emcee to hop on and ride the flow.

While minimal in arrangement, the bass comes through like it’s riding an expressway to your skull. As I listened during the middle of an unseasonable heatwave, the slightly smeared tracks seemed to melt just as much as my body did each time I left the house that day—a sonic warmth to match my personal flop sweat.

If you can’t track down a cassette, Beat Punk is readily available on Spotify.

For a project which started as literal bedroom recordings, Flora’s Emerald City works as a metaphor on a few levels. First is the obvious Wizard of Oz nod in the album title and Flora’s outfit on its cover—appropriate due to her Kansas roots and the album’s recording location at a farm.

Deeper down, this parallels the concept of escaping the world during a pandemic, with a slew of similarly themed videos coinciding with the album’s release.

Much as Dorothy’s journey was accomplished with a motley crew of collaborators, you’ll find appearances from fellow musicians like Jim Barnes of Quiet Corral and Hembree on drums, and the Republic Tigers’ Ken Jankowski doing vocals on two tracks.

The end result is an album wrestling with loneliness and isolation, as most evident on a track titled “Don’t Fit In,” wherein flute and saxophone lend levity to Flora’s forthright and unapologetic vocals.

Conceptually, Flora’s journey through non-Oz comes through in each track, highlighting her personal struggles with high school, learning to drive, and a Type 1 diabetes diagnosis.

Hearing a line like, “Wonder if you’d still remember my middle name,” in “Dumb Little Girl” will make even the most jaded music listener shudder from the rush of reliving their first real break-up.

Flora’s Emerald City is available now on cassette at florafromkansas.com

Thumbs is a band committed to releasing new music at least once every 40 years, but it is always worth the wait.

When lead singer Steve Wilson fires off social media announcements about Trunk Wired Shut, the new album from the 2016 Kansas Music Hall of Fame inductees, they’re simultaneously self-deprecating and absolutely on the mark.

The first two songs, “Meet Me at the Edge of the World” and “Bam a Lam,” respectively demonstrate both sides and kick off the 12-song collection with an energy and verve one might not expect from a bunch of musicians all approaching retirement age.

The album was recorded in 2021 amid the pandemic, so members Kevin Smith, Wilson, Karl Hoffman, Marty Olson, Gary Mackender, and Todd Newman—along with Alex Flores on sax—tracked their parts in various spots across the country including Lawrence, Tucson, Atlanta, and Minneapolis. But it doesn’t feel that way at all.

Trunk Wired Shut is not so much a reunion record as a continuation of what Thumbs did four decades ago, albeit with the attendant chops and skills acquired in the interim.

It’s been four years since Jenna Rae’s debut full-length Workin’ Woman hit, but it’s not as though the Lawrence singer-songwriter has been resting on her laurels. She’s played dozens of shows both solo and as part of the duo Jenna & Martin with her partner, Martin Farrell Jr.

The pair released Cosmic Western Duets in 2020. Erstwhile, the bluegrass quintet Unfit Wives (counting Rae among its members), put out their debut Live & Unfit. Totally worth noting that, in addition to this escalating discography, all of these releases have come from a label Rae runs herself.

With that level of productivity, it makes sense that the musician would take things back to basics with her sophomore outing and aptly-titled Country Lo-Fi.

Many of these tracks first debuted on Rae’s YouTube channel, where recordings were first performed in the woods, the desert, and even in a rowboat. For each song, only one extra instrument complements Rae and her guitar—such as the perfectly-suited mandolin addition on the sweetly hopeful “Dandelions Dancin.’”

Sometimes you’ll catch a whiff of harmonica or piano on these singles, or percussion crafted from ice cubes, dog barks, and other incidental sounds around Rae’s home studio.

Country Lo-Fi is true to both aspects of its name. It’s from a space far away, and what is committed to the recording will forever convey a sense that she’s performing directly in front of you, and only for you. Who wouldn’t be flattered by that attention and talent?

We first caught wind of Joel Leoj when he featured on Cuee’s brilliant 2021 single “Ain’t Going Back,” and now he’s returned with his debut full-length, Priceless. The rapper’s rhymes run the gamut from religious to earthly subject matter without ever sounding off-kilter, making for an album which has already invaded my warm-weather playlists.

Leoj’s sonic approach takes unexpected branching paths. To go from the percussive “Ain’t Going Back” into the Mellotron and acoustic guitar of “Proud Mary” is a big switch, but both of these songs set the stage for what’s to follow on Priceless.

Our hero isn’t all intensity and braggadocio–this is a rapper willing to try a little tenderness. The repeated use of plucked acoustic chills out the vibe at points and keeps things from getting overblown.

Throw in some chiptune programming on “Lit,” power-ballad-worthy electrics on “Better,” and the organ on album closer “Lights Out”—what you’re left with is an experience that startles the listener with choices but never vibes as if the creator is not in total control.

Joel Leoj’s Priceless is now streaming across most digital outlets.