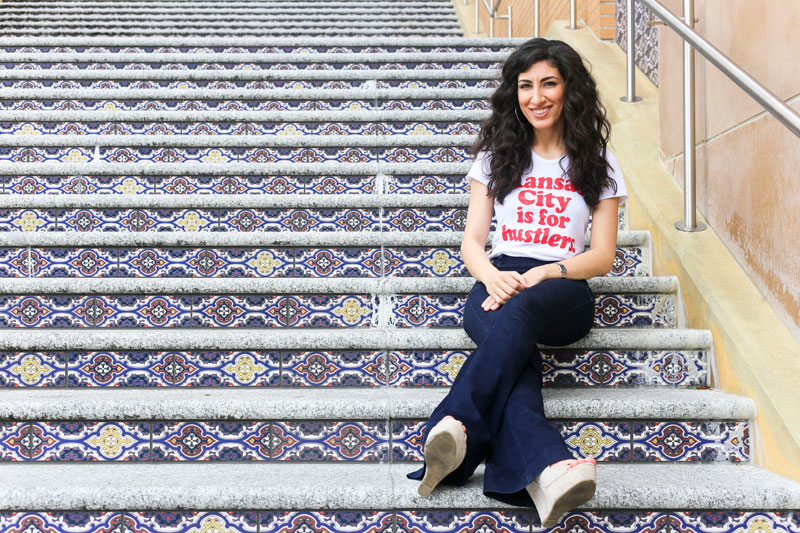 Current neighborhood: The Plaza. Well, OK, so I’m temporarily back in OP with my parents for the summer, because the complex I was living in kicked all the tenants out on May 31 to renovate. But the Plaza will always be home!

What’s your game? Validating other people’s feelings but then getting them to see their own role in the situations they’re complaining about, especially situations involving other people. Too many friends and family members stop at the validating “Yeah, dump that jerk!” or “Wow, your friend sounds toxic — what a selfish b!” and totally buy into the story their loved one shares with them, instead of stepping back and seeing the larger dynamics at play, and then lovingly and gently showing them why people may be reacting to them as they are, how they’re contributing to the dynamic, and where they’re not taking responsibility for their own role. The world would be a better place if we all did that! There’s an art to it, though! Do it wrong and it won’t go over well!

What’s your drink? Water. I just discovered this free app called Plant Nanny. Sounds ridiculous, but it works. You are given an (adorable!) cartoon plant to take care of. Every glass of water you drink “waters” your plant. If you don’t drink enough, your plant’s sad face will break your heart into a million pieces and make you want to drown in water if that’s what it takes to make it smile again. If you’re soulless, and still don’t drink enough, your plant will get sick and it can eventually die and you will have to bury it your virtual backyard. I’m happy to report I have a thriving garden of daisies, cacti, ivies and I’m currently growing a virtual chickfern.

Where’s dinner? At my place. I discovered a latent love for hosting dinner parties last year and threw several intimate gatherings at my (now former) Plaza pad (all with themes, of course). All homemade by yours truly. Now that I don’t have my own space to hostess, though, I love trying all the new places opening (every weekend it seems like!) in Westport.

Finish these sentences: “Kansas City got it right when …” It started to go into high gear with all of the downtown revitalization just as I was starting my 20s and my postgraduate life in the area. I really feel so lucky to have “come of age” in a sense at the exact same time as the city was being reborn. I think if I had been a 20-something living in the area 15 or 20 years ago, I would have been far less content and would have agreed with those calling KC a flyover city.

“Kansas City screwed up when …” It started trying to turn everything on the Plaza into luxury condos and apartments. I was paying $550 in rent at my (former) adorable studio, but the building that just opened across the street from me a year ago starts at $1,400, and unfortunately that’s happening all across the area.

“As a kid, I wanted to be …”  A heart surgeon. I like to say I did end up becoming one but in a more metaphorical sense.

“I always laugh at …” The Onion. There’s an Onion article for everything! I love the feeling of finding the appropriate article for any given situation and e-mailing it to the person in said situation.

“I’ve been known to binge watch …”  Currently, Game of Thrones. Past highlights include Sex and the City, Seinfeld, Curb Your Enthusiasm — has anyone else in KC watched this show? I have so many Curb references that I want to make in casual conversation and no one ever knows what I’m talking about. Get with the program, KC! It’s the perfect time, too, because after a five-year hiatus, Larry David just announced that he’ll be doing a ninth season! Wooohoo!

“I can’t stop listening to …” The Church of Lazlo. In the mornings I like to listen to NPR to get my daily dose of the news, but for the after-work drive home, it’s Church of Lazlo all the way. I can’t tell you how many times they have cheered me up on the drive home after a long day.

“I just read …” The Bingo Theory by Mimi Ikonn. If you’re interested in personality profiling or understanding people better, it’s a very quick and easy but fun and engaging read. It talks about how all of us have both masculine and feminine energies within us, but we all lead with one (and it doesn’t matter what gender you are or identify with). You can be a masculine-strength female or male, or a feminine-strength female, or male and then the book breaks down what that looks like, how it affects your relationships, your career, and how to balance yourself and strengthen your less dominant energy so that you can live a healthier life. Curious which energy is your dominant? There’s a quick test that’s about 75-80 percent accurate. Put your right hand out in front of you and notice whether your index finger or ring finger is longer. If your index finger is longer or they are the same, you’re likely a feminine-strength individual and if your ring finger is longer you’re likely a masculine-strength individual. It has to do with androgen exposure in the womb. You can read more about “digit ratio” on Wikipedia

What’s your greatest struggle right now? Trying to determine next steps in my life. I’ve accomplished several of the things I set out to do. I just paid off all of my debt, including student loans, and with that newfound freedom, I’m now trying to determine what’s next for Niloofar.

My dating triumph/tragedy? Triumph: I’ve managed to avoid Canadianinmatesconnect.com (seriously, it’s a thing). Or any prison dating websites, for that matter.

My brush with fame: One-third of my teenage dreams came true when I met Zac Hanson at a concert in Lawrence in 2005. He even put his arm around me, and I got a picture!

My soapbox: “Hurt people, hurt people.” People behaving badly almost always boils down to fear and a feeling of being unloved. If we meet bad behavior with bad behavior (anger, fear, punishment, etc.) of our own, that’s how we keep the pattern alive. If we instead choose compassion and curiosity, we have the ability to change the entire dynamic and really heal not only the other person but ourselves as well.

My recent triumph: I’m a bit of a YouTube addict and had always wanted to learn to edit videos and start my own channel, but my perfectionism got the best of me. This year I finally decided to stop procrastinating and start doing. I spent about two months on and off at the beginning of this year editing the footage from my recent trip to Tehran, and I was so happy with the results. I decided to throw it on YouTube, and I was shocked when so many strangers told me they were tearing up at the end (the best part!). That was when I knew I’d created something beyond myself. This wasn’t just a little video diary of my own travels that only I would enjoy. I had tapped into something universal … like the love we have for our grandparents and that feeling of home.

That gave me the drive to continue to create, and I’m really proud of a three-minute video I put together of the May Third Thursday event at the Nelson, a “music video” of First Fridays, and a few other little pieces that I’ve posted on my channel. Feel free to check them out.