The Pines are sidling on into Knuckleheads, the band’s ‘favorite roadhouse club,’ this Friday 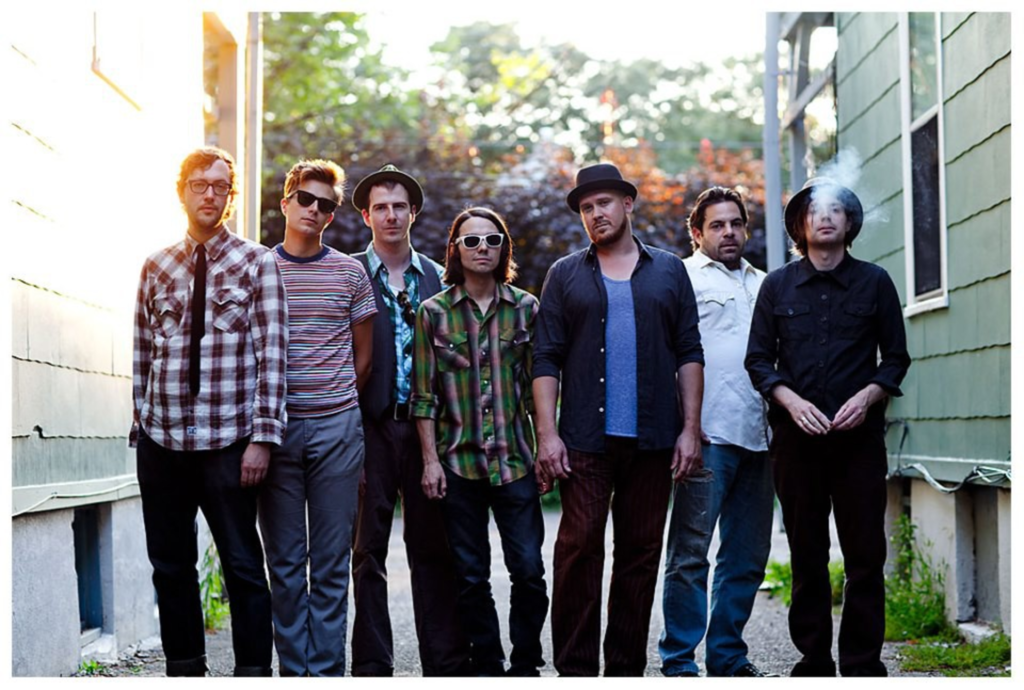 Minneapolis alt-country band the Pines is at a comfortable place in its extensive musical life. Since 2007, the septet – led by the sophisticated songwriting of lead singers and native Iowans David Huckfelt and Benson Ramsey – has released three acclaimed albums and concentrated on building a strong, dedicated following in their native Midwest.

Tomorrow night, the Pines are stopping by Knuckleheads for an intimate living-room-style performance, featuring songs off 2011’s gorgeous Dark So Gold.

“We’ve been playing Knuckleheads for years,” says Huckfelt over the phone. “It’s one of our favorite roadhouse clubs in the Midwest, so it’s just time for us to get back there. We’re in the middle of doing kind of an endless tour for Dark So Gold – a series of short runs – and Knuckleheads is the first stop this weekend. We’re also going to Fairfield, Iowa, and Omaha.”

Huckfelt says the Pines are currently in the middle of writing and recording a new record, but it won’t be out for a while – the band likes to take its time with the music. In the meantime, to hold fans over, the Pines recently collaborated with Dave Simonett of bluegrass band Trampled By Turtles and singer-songwriter Erik Koskinen for a cover of “The Highwayman.”

“‘The Highwayman’ was the 1985 Country Song of the Year, recorded by the Highwaymen, which was Johnny Cash, Waylon Jenning, Kris Kristofferson, and Willie Nelson,” Huckfelt says. “I think Benson first had the idea to give that song a try, and we all really dug the song – it’s got such a definitive ’80s treatment, but it really holds up to any time. We also wanted to collaborate with some of our friends, so it seemed like a good excuse.”