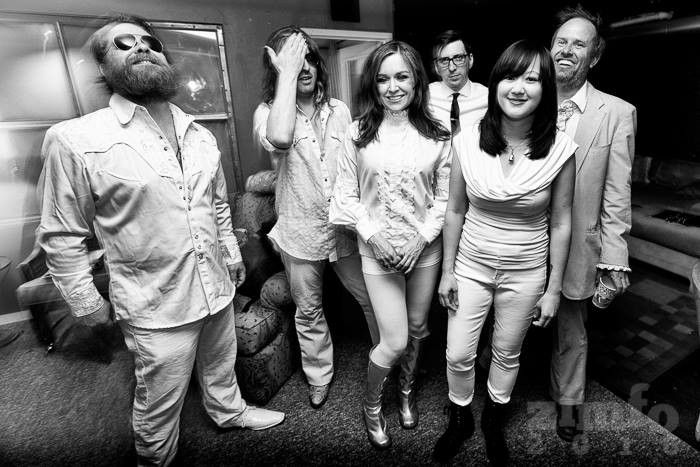 In the world of community radio, funding is a must. So KKFI 90.1 does on-air pledge drives, echoing the calls put forth by nationally subsidized media PBS and NPR. Instead of mugs and tote bags and umbrellas, though, KKFI has been using live music as its fundraising premium. Which this weekend yields the station’s fifth Beatles tribute show, organized by station manager Barry Lee.

“People keep asking me, the musicians keep asking me: ‘Are you going to do another one?'” Lee says. “I’m like, ‘Well, OK.” He laughs and goes on: “It’s great that people want to hear it, so what can I say? Of course I’m going to do it.”

This year, Lee is calling on musicians who haven’t played the gig before, folks he says expressed interest after concerts past. Which means a few changes to the house band’s core lineup. This year, there’s the Quivers’ keyboard player, Todd Grantham, along with Mike Penner of Broken Arrows and Honeywagen, who once recorded a version of A Hard Day’s Night, playing all the parts himself.

“I thought, ‘Well, there’s your job interview right there,’” Lee says, before mentioning that Dave Tanner will play bass — Tanner being a veteran “Paul” in Beatles tribute act Liverpool — and the Rainmakers’ Pat Tomek is sitting in on drums.

This house band will be the focus for this year’s tribute. Years past have featured a number of guest singers, but Lee wanted to tighten it up, while offering opportunities for a number of local artists to take part.

“The musicians love doing it because they get to step out of something they normally do,” Lee explains of the event’s popularity among musicians. “They’re all Beatles fanatics, and they get to play, and it’s a big kick for them.”

To that end, the show features the psychedelically inclined Philistines as headliner. The band’s guitarist and singer, Cody Wyoming, says that the band’s focus is to try songs not typically covered. The Magical Mystery Tour deep cut “Blue Jay Way,” for instance — “stranger things that aren’t ordinarily the domain of a rock-and-roll band because they’re more studio-based organisms,” Wyoming explains. So Chase Horseman is doing loops, and the band’s guitarist Rod Peal gets to indulge what Wyoming lovingly refers to as “sonic fuckery.”

“Just getting to play these songs is a pleasure,” Wyoming says. “But you also get to learn a little bit about yourself when you’re playing these studio-only [songs]: It’s really challenging to figure out how to pull that stuff off as a rock band, because they weren’t functioning as a rock band anymore. They were a bunch of studio musicians.”

Difficulties such as translating studio-only material into what the Philistines do — tape loops, backward guitars, making sure it’s the band playing Beatles songs, rather coming across as a cover act — is all worth it for helping KKFi, Wyoming adds.

“They have been our champions since the very beginning. They got in our corner really early on,” he says of the Philistines’ connection to the station. “For me, personally, it’s to do good for your community. I’ve always looked at Kansas City as a place for an artist community, and a place where my art has grown. It’s largely because of entities like KKFI. So this is trying to be supportive and keep the artistic hub of our community moving around and around.”

Signal to Noise presents All Together Now: A Tribute to the Beatles, with the Philistines