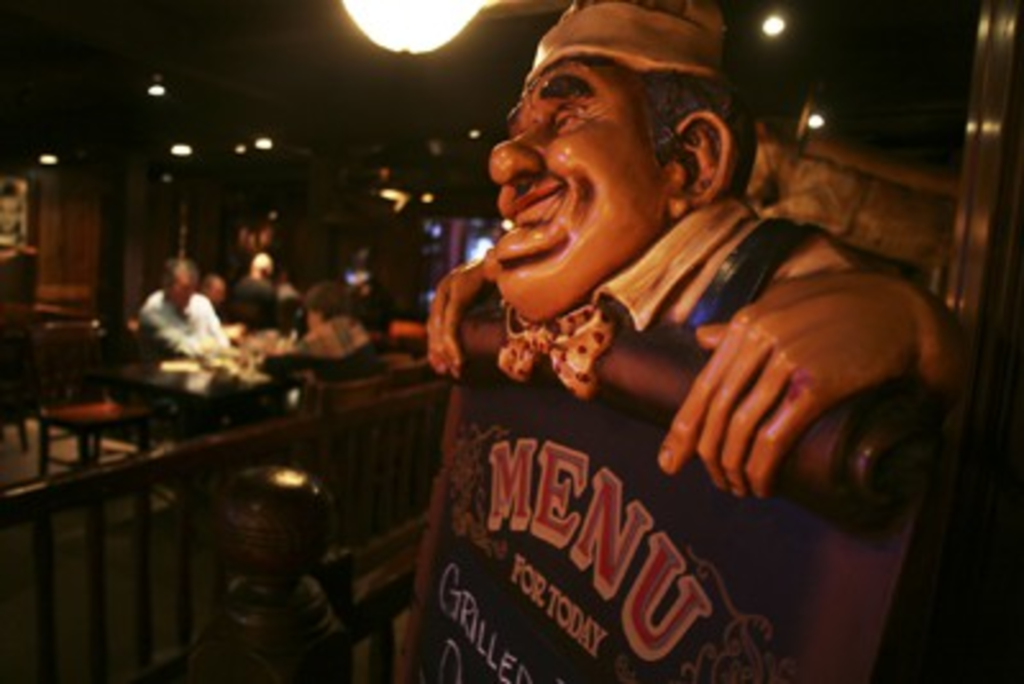 I ‘ve always said that Jack Fiorella has an angel on his shoulder.

The most recent proof: In the early morning hours of Sunday, February 15, firetrucks were called to the 25-year-old original Fiorella’s Jack Stack Barbecue — the rambling place in Martin City. A blaze had started in one of the restaurant’s barbecue ovens.

“It wasn’t even an oven we used very much,” one of the veteran waitresses told me that afternoon. “An ember from one of the other smokestacks might have gotten into it.”

In less time than it takes to smoke a brisket, the crew had recovered from a potential disaster and had the restaurant set up and ready for business. Less than a half-dozen hours after the last firetrucks had pulled away, there was no smoke damage — or any damage — that I could see or smell.

Jack Fiorella and his wife, Delores, opened this barbecue joint in 1974. Jack had grown up in the smoked-meat business. His parents operated the popular Smokestack Barbecue on Kansas City’s south side for decades; that original location, on Prospect Avenue, closed in 2006.

With the Martin City location up and running, Jack and Delores got ambitious and opened a second location, Hatfield and McCoy’s in Overland Park. When that ill-fated restaurant closed, Jack had an epiphany and realized that the only way he could succeed in Kansas City’s competitive barbecue market was to aggressively set his product apart from its more iconic competitors: Arthur Bryant’s, Gates, Quick’s, Rosedale.

He decided to offer an upscale dining experience. Barbecue purists were scandalized by the idea of cloth napkins, a full bar, polished service and — Jesus H. Christ! — salads. But the public was ready for something new, and a quarter-century later, Jack Fiorella has become one of those iconic names in Kansas City barbecue.

That remains true, even as he has turned over more of the restaurants’ daily operations to his son, Kevin, and his son-in-law, Case Dorman.

On that post-fire Sunday when I was dining in Martin City with my friend Franklin, we were seated at a table — No. 3, great for people watching — that wasn’t far from the main entrance. We were amazed by the never-ending stream of customers being guided through the warren of dining rooms by the hostesses, who carried those vinyl-covered menus with the authority of Moses with the Ten Commandments.

Such efficiency reminded Franklin of an airport terminal, but this Jack Stack feels nothing of the sort. It’s cozy, with wood-paneled walls, low ceilings, a fireplace and an oddball assortment of 20th-century antiques. The dining rooms are all done up in different styles, but the unifying theme seems to be early American kitsch — and that’s OK with me.

The staff, with one exception, was super-friendly and, even more exciting, super-attractive. Just down from our table, three giggly friends were so enamored of their handsome waiter that they took photos of him with their cell phones. “And he gladly posed for them,” Franklin noted.

This Jack Stack lists its daily specials on blackboards at the entrance and in the lobby. That Sunday’s featured dishes were honey-glazed baby back ribs and something called an Arkansas Topper. “What’s an Arkansas Topper?” I asked the sullen hostess.

Franklin raised an eyebrow. “How welcoming!”

A passing waitress jumped in to answer my question. “It’s a hickory-grilled chicken breast topped with your choice of meat — I think sliced sausage is the best — and covered with our spicy Southwest barbecue sauce and melted cheeses.”

Having never been to Arkansas, I could only assume that this high-cholesterol stack was a native favorite. So I ordered it, along with one of Fiorella’s signature starters — a “rack of six” thick onion rings. I don’t think there’s a more beautiful sight than this pyramid of fat, luscious, golden fried rings, big enough to wear as bangle bracelets.

After poring over the menu, which lists almost twice the offerings of most local competitors, Franklin decided that he wanted a combo of brisket and those honey-glazed ribs. “But I’m really most interested in the side dishes here,” he said. “Sometimes I crave things like the cheesy corn bake or the baked beans more than the meats.”

Franklin is right: The cheesy corn is addictive, and the beans are so loaded with meat that even a small order can make a decent meal. The Arkansas Topper, however, while tasty enough, is a culinary contrivance that I can live without ordering again.

My next visit was with Bob and two friends from New York: Becky, an actress, and David, a musician. They both love Kansas City barbecue and David, a devotee of Arthur Bryant’s and Gates, had never eaten at Jack Stack.

Bouncy Top 40 hits from the 1960s were playing on the soundtrack as always. Another friend of mine, a regular customer here, has a theory about that. “When you’re eating french fries and a pile of burnt ends while listening to Nancy Sinatra sing ‘These Boots Are Made for Walkin’,’ you forget that it isn’t the 1960s, and you’re not 15 anymore and you’re going to gain weight!”

Our waitress brought out a plate of those burnt ends and one of those gorgeously marbled crown prime beef ribs to share, just as the Beach Boys came on the sound system. “Is ‘I Get Around’ barbecue music?” David wondered.

Whatever was playing, it set just the right note for my fire-roasted salmon, a dazzling hunk of grilled pink fish on a soft bun slathered with remoulade. My dining companions had made more traditional choices from the hickory pit: burnt ends and ribs for Becky, the signature Poor Russ sandwich (a mound of chopped burnt ends on a bun) for David, and a variety of smoked meats for Bob.

“This is incredible,” David said. “I’m full but I can’t stop eating.”

That’s the sneaky seduction of good Kansas City barbecue, I told him. If it’s great, you’re seduced into eating too much.

The waitress stopped by our table to rattle off the dessert selections. Becky and David looked at her in horror. “Do people really order dessert here?”

We didn’t, but our server assured us that others really did. “Most people take a lot of their food home so they don’t feel guilty about ordering dessert later.”

Now that’s what they should be putting on one of those blackboards at the entrance.