The Orient perfects an all-American dish 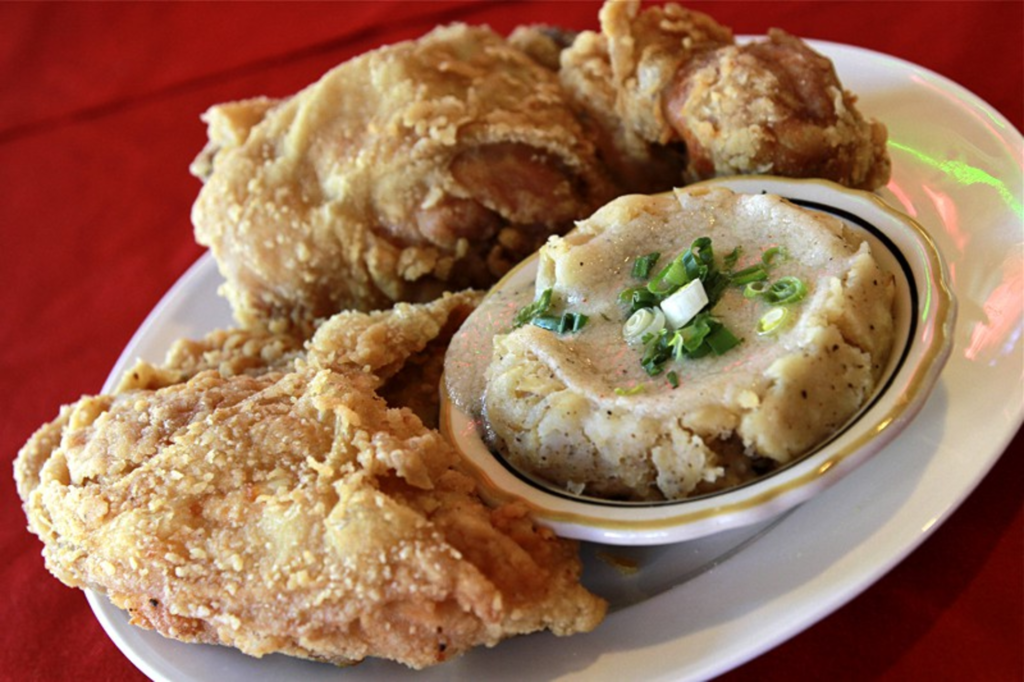 Restaurant cuisine in the United States has become so cross-pollinated over the past half-century that it seems perfectly natural for Fiesta Azteca to sell corn dogs and for My Big Fat Greek Restaurant to serve fettuccine Alfredo alongside its souvlaki and spanakopita.

The restaurant business has always taken a cue from Fats Waller: “Find out what they like and how they like it, and let ’em have it just that way.” Even the famed Italian Gardens, at 11th Street and Baltimore, included fruit Jell-O and ham-and-Swiss sandwiches on its dinner menu in the 1970s.

Ten years ago, the National Restaurant Association reported that three cuisines once identified as “ethnic” — Italian, Mexican and Cantonese Chinese — had been so fully absorbed into the American palate that they couldn’t be considered foreign foods anymore. Reaching that point took more than a century.

The dishes of Vietnam, on the other hand, are a more recent import. I’ve loved the pho bowls, the bun dishes and the hu tiu noodle soups that I’ve tasted over the past two decades. But I never saw a Vietnamese restaurant until nearly a decade after the Vietnam War. The oldest reference I found to Vietnamese cuisine being served in America is a Craig Claiborne restaurant review printed in The New York Times on August 15, 1961. Claiborne calls Viet Nam, a little café on Amsterdam Avenue, “a poorly air-conditioned, unpretentious place with an interesting cuisine, moderately priced.” He goes on: “It is reputedly the only Vietnamese restaurant in America.”

Fifty years later, it’s nearly impossible to find a moderately large urban area without a Vietnamese restaurant, and that includes the Kansas hamlet of Lawrence, where Nancy Nguyen has been serving the dishes of her homeland for 15 years at the Orient, a storefront restaurant at 1008 Massachusetts. Until two years ago, her place was next door, at 1004 Massachusetts, but she turned that location over to her son, Ted, so he could open a combination saloon and seafood restaurant called Angler’s.

The Orient’s current incarnation is a long, narrow space with an unremarkable décor. There’s a happy, fat Buddha near the entrance — Nguyen’s husband of 51 years, Tho, lights sticks of incense near the statue every morning — and the tables are made of simple blond wood. The dominant piece of art, if you can call it that, is a big illuminated sign perched just above the Buddha’s head, advertising Oh Boy Chicken, Nancy Nguyen’s latest venture. And not just any chicken: It’s all-American fried chicken.

Nguyen, who loves deep-fried bird (it’s called ga xao in Vietnam, she says), dusts marinated chicken pieces in rice flour before putting them in a pressure cooker with hot fat. The result: very moist meat, with a crispy, feathery light crust. And because the flour is rice, the dish is gluten-free.

A lot of patrons order the fried chicken to go, which looks at first like the only way to get it because Oh Boy is centered on a familiar-looking carryout window. But increasingly, according to waiter Matt Reynard, people go to the Orient not to eat egg rolls or pho but to hit the chicken. “Especially on Sundays,” he says. “We sell a lot of chicken on Sundays.”

Nguyen says she started serving fried chicken as a lark about a year ago. “I made Cajun-spiced fried chicken when we started, but it was a lot of work, so I stopped,” she explains. “And then customers told me I had to bring it back. So I did. Now I just make regular fried chicken. But if someone wants a spicier chicken, we can make it.”

That means that the Orient now has two menus: one for traditional Vietnamese dishes and another for Oh Boy. The latter includes Southern-style side dishes, such as real mashed potatoes (buttery and delicious and dusted with parmesan cheese), braised greens stewed with ham hocks, fried okra, sweet-vinegar cole slaw, and macaroni and cheese. Customers have to allow 20 minutes for the chicken to cook. On the night I waited with Bob and Debbie, we ordered Vietnamese starters first, including the fattest spring rolls I’d ever seen, stuffed with slices of beef, chicken, pink shrimp, rice noodles and lots of fresh cilantro.

The chicken pieces here don’t have the Schwarzeneggerian bulk of what you get at, say, Stroud’s, but they’re hugely satisfying and as American as chicken-fried steak, which is also on the menu.

On my second visit, I motored to Lawrence with Carol Ann for a little fun with bun — that hefty bowl of vermicelli noodles topped with squares of slightly chewy charbroiled beef, sliced cucumbers, tomatoes, peppers and cilantro (sliced egg rolls are another topping option here). I doused my order with nuoc mam, the citrusy fish condiment called “Imperial Sauce” here.

Nguyen also offers a classic phad Thai, though she prepares it without the traditional peanuts. (“We don’t cook with nuts here,” she says.) The noodles come swathed in a soothing tamarind-flavored fish sauce that delays, for a moment, an unexpected chili kick.

We couldn’t agree on which bowl of fragrant pho soup to share, so we settled on bun chay nuong, a plate of first-rate green coconut curry that was sweet and brassy at once, with thin ribbons of fried tofu and tempeh, stewed cabbage, chopped potato, carrots and broccoli florets. Delicious.

Carol Ann wanted something a little stronger than iced tea with her meal. Nguyen’s spices call out for a cold beer, and the Orient carries two kinds of Vietnamese brew along with Miller Lite, Boulevard Wheat and PBR. Wine is more problematic, though. Matt the waiter confessed that the cooler held only a bottle of altar wine. You know, the kind used in religious services.

The couple at the next table, who had arrived on an expensive Harley, were sipping bottles of beer and eating, with great gusto, Nguyen’s gluten-free fried chicken.

“Did you like it?” I asked the woman as she rose to leave.

“I loved it,” she said. “It’s the first fried chicken I’ve had in six weeks, since I was diagnosed with celiac disease.”

“Can you imagine life without fried chicken?” Carol whispered to me.

No, but I can’t imagine life without Vietnamese food, either. At the Orient, I can have both, and it doesn’t feel foreign.