Leading off the latest restaurant news is word that Café Europa is opening a second location in Union Hill. The restaurant’s original Brookside (Crestwood, if you’re particular) location is staying open, and the new spot is slated to open this September in the ground-level storefronts of the new McGee Building at 2980 Gillham Road, which, once complete, will mark the end of what has felt like years of construction and traffic diversion around the site. Expect casual breakfast offerings, prepared to-go lunches, and sit-down lunch and dinner services. The space will feature a separate bar and special-events spaces.

Bread and Butter Concepts announced last week that it’s saying adios to its year-old República restaurant, on the Plaza. After one of the more hyped and well-advertised openings in recent memory, República apparently failed to generate the revenue that Bread and Butter expected and will close on Saturday, May 28. 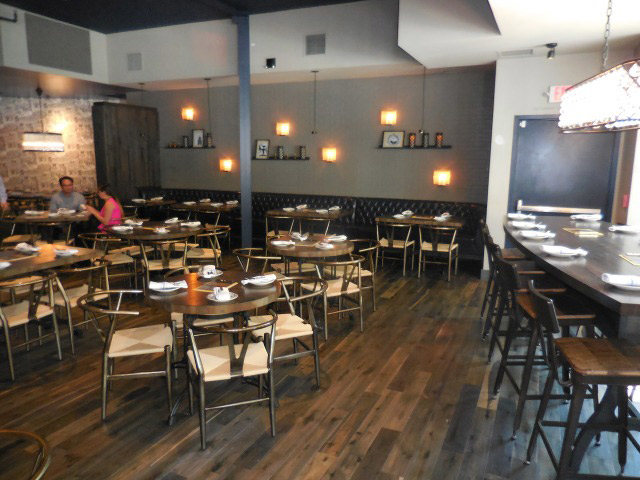 The space is being remodeled and will reopen in mid-June with the same staff, as a new restaurant named the Oliver. The Oliver will serve American-style cuisine, says a press release, “with a twist” (one of the most overused phrases in the culinary world).

News has also come that the American Royal World Series of Barbecue is moving to Kansas for its October competition. Following a series of back-and-forth sniping with city officials and a one-year relocation to Arrowhead Stadium, the annual contest plans to set up shop this year at the Kansas Speedway in Kansas City, Kansas. I guess Gov. Brownback will take victories wherever Kansas can get them.

New spaces to try this weekend include the Little Piggy food truck hub, which, as we noted a couple of weeks ago, was blessed by none other than Alton Brown. Sample the wares of Red Wattle (what Brown ate) or the Aussie meat pies from Pie Hole. Also now open is KC Kitchen and Pizzeria, in the old Nichols Lunch space on Southwest Trafficway. The menu there will keep expanding into June.

If you feel like being outdoors, the Overland Park Arboretum and Botanical Gardens is hosting a wine tasting from 6 to 8 p.m. Thursday, May 26, featuring appetizers, Farm to Market bread and wines from Somerset Ridge Vineyard and Winery. Tickets are $25, and registration is required.