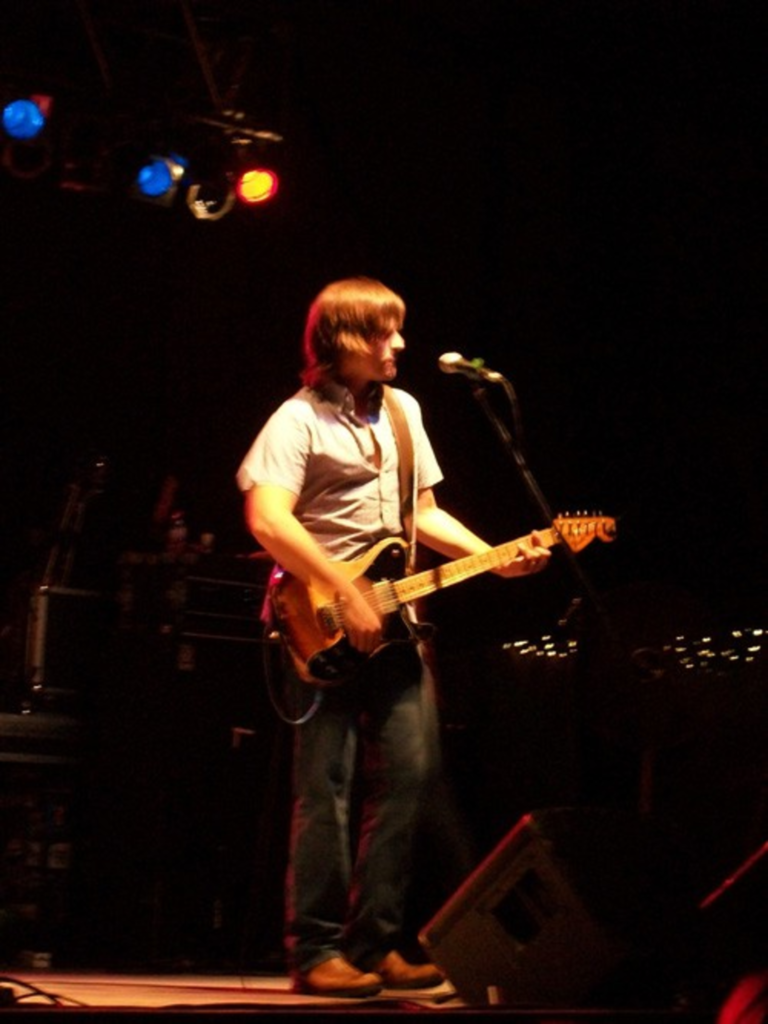 The Old 97’s are a band I’ve been a fan of for years; yet, it seems that every attempt to see them has been thwarted by finances or previous engagements.

Last night, at the Crossroads, I was finally able to see the poppy alt-country act in person for the first time. Thankfully, it was completely worth the wait. The weather was gorgeous, and I’ve never seen a band fronted by a man so enthusiastic.

Lead vocalist and rhythm guitarist Rhett Miller is the epitome of unmitigated joy when he’s on stage. It seemed that the pleasure which Miller derived from performing was just pure happiness that he spread to the crowd. Throughout the band’s entire set, Miller was bouncing, bopping, and dancing at the microphone.