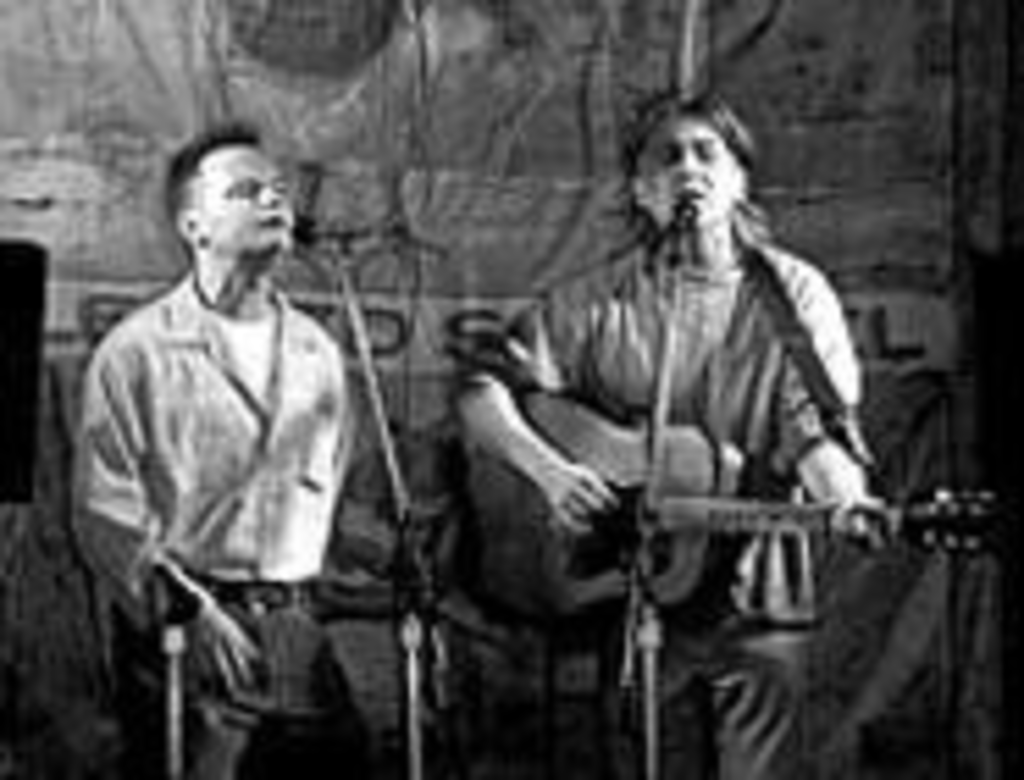 Mark Stevenson doesn’t claim to understand how to sing harmony, but that won’t keep him from belting out close harmonies alongside Scott Gobber in the Kemps.”Some really anal white person has spelled it all out where, if you have four people, you have an alto, bass, tenor and baritone or whatever,” Stevenson says, explaining the difference between accepted harmonization and Kemps-style harmonization. “If you sing a chord, there’s one note that each of those voices is supposed to sing to make that chord, you know. And so, harmony can be this really technical, kind of schooled thing. But with close harmony, you just sing it real close, kind of field-style.”

Stevenson and Gobber, across-the-street neighbors, discovered that their voices paired up nicely about seven years ago. Stevenson went across the street looking to borrow musical equipment and found Gobber’s singing voice instead.

“We started off in field-holler, old-timey kind of stuff,” Stevenson says of the Kemps’ catalogue. “But we do ‘There Stands the Glass,’ too. We’ll get into ’50s honky-tonk or even soul stuff.”

Christmas in Song is high-quality caroling.

Offering a mix of the religious and the secular, the Quality Hill Playhouse’s seasonal cabaret Christmas in Song runs through December 28 at 303 West 10th Street. Starring Toni Gates-Grantham, Sylvia Stoner and James Wright, with musical director J. Kent Barnhart at the piano, the show’s hymns include “O Holy Night” and “Joy to the World.” But Christmas in Song still bobs in pop culture with selections like “The Christmas Song” and “We Need a Little Christmas” — the latter, from Mame, being the best song by which to gorge on rum balls. Barnhart also sneaks in a few unfamiliar tunes (including “A Grown-up Christmas List”) that could be as varied as snowflakes. Call 816-421-1700 for tickets (which cost $22) or a schedule.
— Steve Walker