The new KCK school board: secretive, paranoid, intimidating — and getting worse 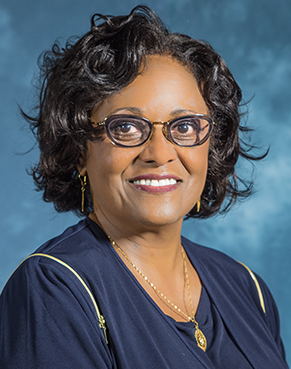 It’s back to school time, and in Kansas City, Kansas, Public Schools, the new year got underway seamlessly last week. More than 20,000 students found their way into classrooms. Instruction began according to carefully laid out plans.

Behind the scenes, though, the district is roiling.

When we last wrote, the school board had just passed up — to vocal displeasure — a popular local candidate and made an external hire for its new superintendent. That superintendent, Charles Foust, has reportedly hit the ground running. But action the board took before his arrival is undermining any good feelings.

For reasons members never adequately explained, the board in May voted 5-2 to hire a consultant to “give an evaluation of the [administration’s] upper tier,” as Valdenia Winn, the current board president, put it.

In the weeks since, that vague motion has morphed into plans for a pricey investigation that will give the consultant access to hundreds of employees’ personnel files as well as payroll records. It also played a role in the abrupt departure of a veteran educator brought in as acting superintendent before Foust arrived on the job.

Winn and two of her allies, acting as a subcommittee, quickly zeroed in on a local company, Corporate Integrity Systems, to do this evaluation — though nobody seems to know what exactly is going to be evaluated, or why. The firm’s owner is Carla Barksdale, a lawyer whose name will ring a bell with people who followed news in Kansas City Public Schools a decade or so ago.

In between those stints, Barksdale became controversial in Opa-locka, Florida., for charging the city government outsized fees for duties that were never clearly defined. In sentiments that are currently being echoed in Kansas City, Kan., employees said they found Barksdale’s presence intimidating. 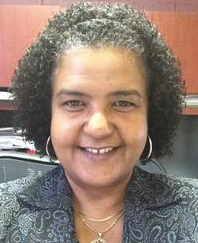 Neither Winn nor Barksdale responded to The Pitch’s inquiries about how the two connected and whether they had a prior relationship. But on May 29, Barksdale delivered a letter to the school board, agreeing that Corporate Integrity Systems would “conduct an audit related to …compliance and implementation of Board adopted policies related to the recruitment, hiring and assignment of compensation for administrative positions.” Her fees would be $85 to $275 an hour. Four days later, the board voted — with its usual 5-2 split — to hire Corporate Integrity Systems and pay up to $85,000.

An open records request by The Pitch turned up emails that show Barksdale and Winn became chummy quite quickly.

On July 25, Winn began demanding information from Julie Ford, the retired Topeka Public Schools superintendent who was acting as interim leader in KCK.

At the next scheduled board meeting, six days away, Winn said she wanted to see a written report with “ACCURATE” (emphasis Winn’s) “ethnic and gender data for ALL new hires.” She further demanded the same ethnic and gender information for all of the district’s current staff.

Winn continued: “Please list alongside ALL teachers’ names the accurate number of years of public school teaching experience. Please number the pages. Please prepare a new organizational chart for 2018-2019. Include Supervisor’s name and list staff who reports to them. If there is any reason that any portion of this request can not be completed please contact me ASAP.”

Ford responded that the request was unreasonable, especially with the start of the school year coming up.

“Our HR department must focus on vacancies and getting them full,” she emailed to Winn. “Dr. Foust has many ideas and to do this before he comes is not fair to him or me. It would be inappropriate for me to put together this organizational chart.”

Winn modified her request and asked for data on teachers only. But Ford had had enough.

“I am not used to a Board President acting like a Superintendent, giving orders through email especially on an issue we explained to the board that we could not accomplish until September,” Ford emailed to Greg Goheen, the district’s lawyer. “I am not her secretary and refuse to be treated like one. This morning it has become quite clear to me that Dr. Winn is on a quest to undermine every decision that the administration makes, including myself. Would you contact me as soon as possible so I can set up my exit strategy?”

Ford resigned the next day.

Winn forwarded the email correspondence between herself and Ford to Barksdale. She included Ford’s angry email to Goheen.

“And Carla,” Winn said in her email,  “[Ford] told me on the phone that I wanted to be Superintendent and that I had ‘my friend’ in here …doing something …I cannot remember if she said watching folks or doing something else. I thought this would make you laugh!”

Barksdale, who presumably is the “friend” Ford was talking about, answered sympathetically, although with a more formal touch.

“Thank you for sharing, Dr. Winn,” she emailed. “Your questions are quite legitimate and should be easily answered. I don’t understand the stonewalling.”

Three weeks after Ford’s exit, Winn’s majority faction on the school board passed a contract addendum that greatly broadened the scope of Barksdale’s duties. She is still scrutinizing administrative positions, but now just about every job in the district is considered administrative. The only exceptions are teachers, police officers, and library employees.

That means, for purposes of the audit, employees such as bus drivers and custodians are now considered administrators. Along with that bizarre reasoning, the addendum gives Barksdale and her team “access to the administrative building during working hours; access to personnel files — paper and electronic; and access to payroll information.” And it orders that “all district employees and contractors shall cooperate with this board-sanctioned audit.”

With the addendum, the school board has given an outside firm unprecedented authority to sort through district personnel records — and still without a clear statement as to exactly what Winn and Corporate Integrity Systems are looking for.

Only one school board member, Janey Humphries, spoke up in protest. “I struggle with understanding the question that we are trying to answer,” Humphries said at the meeting. “Clearly there is a desire to expand the current audit to include non-administrative positions. Why?”

Humphries had other questions: How much work had Barksdale already done in the district? Was she submitting time sheets? How exactly is the investigation supposed to improve the school district?

She spoke to the chilling effect of the investigation on district employees. “They perceive this as a threat, that if they give the wrong answer or decline to answer any question they fear they will lose their jobs.”

Employees also worry about a loss of privacy, Humphries said. “Would you want to work in a place that makes copies of your confidential personnel files available to outside entities in this era of hacking and shrinking privacy?”

“This contract doesn’t have parameters or objectives,” Humphries said. “We don’t let our teachers say, ‘I’ll know it when I see it.’ We make them explain what is expected and how it will be measured. Do we not hold ourselves, as the Board of Education, to the same standards?”

Apparently not. Winn and three board members voted to approve the addendum. Humphries and another member voted no, and one member abstained.

Before the vote, Winn weakly attempted to defend the contract.

“This is a compliance audit,” she said. “We have a confidentiality statement in place and the board followed board policy. No one has broken the law. We are aware of the law.”

Foust, who was attending his first school board meeting in his new district, made an equally unconvincing try at reassuring employees.

“No one’s going to be terminated because of the findings,” he said. “What we will do is look at the facts that are brought forward, make sure the policies were followed. In the event they were not, we would allow folks time to get the credentials that are needed.”

So. Let’s unpack what’s happening here. We have a school board that commits to spending up to $85,000 in taxpayer money on a project that puzzles even members of the board. The board president feels compelled to reassure the public that the contract doesn’t break any laws. And the superintendent has to tell his staff that nobody will get fired, but they might have to obtain some ill-defined credentials.

Yep, nothing to see here. Sure.

After the meeting, Winn gave a more coherent description of the contract to a reporter from the Wyandotte Daily.

“We want to see if our job descriptions fit our needs,” she said. “If people in those positions have the credentials, if the salary is consistent, is it adequate, and that all the hiring [and] promotion policies fit our board policies.”

This tracks with concerns The Pitch reported on earlier this year — specifically, that Winn and some of her board allies would like to influence who gets jobs with the district. Winn’s demands to Ford for ethnic and gender information on employees also fits that pattern.

Several district employees who spoke with The Pitch asked not to be identified, saying they feared reprisals from Winn and other board members.

“We all feel like they have an agenda,” one staffer said. “We just don’t know what it is.”

Whatever it is, it’s expensive and intimidating. And its aim seems to be empowering adults rather than educating students.