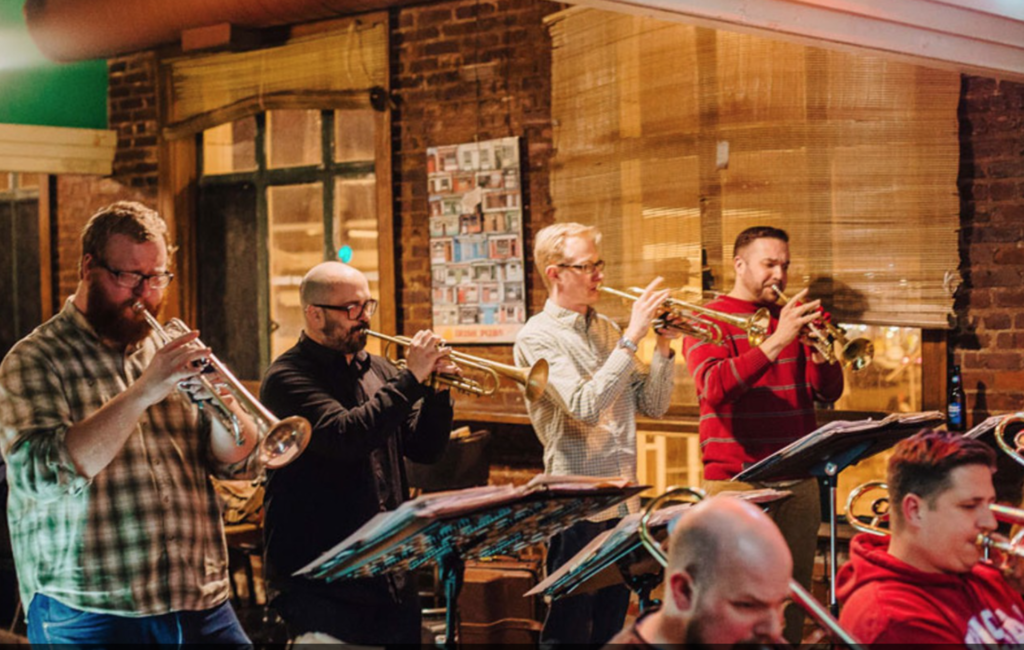 If you popped into Harling’s Upstairs on Tuesday night hoping to catch a set from the New Jazz Order — the 16-piece big band that has held a weekly residency at the bar for the past eight years — trumpeter Clint Ashlock, the NJO’s organizer and leader, wants to say sorry. The band wasn’t there this week. And, he adds, it won’t be there in the future.

Starting Tuesday, July 14, the New Jazz Order has a new home: the revamped Broadway Kansas City (formerly the Broadway Jazz Club). While the move seems rather sudden, Ashlock says it has been in the works for some time.

“John Scott [manager at Broadway Kansas City] reached out to me and asked if I’d be interested in bringing the Order over to Broadway on Tuesday nights, and everyone jumped onboard with it,” Ashlock says.

When asked if he thought the change would lose the NJO any regulars it had accumulated at Harling’s over the years, Ashlock seemed unperturbed.

“To be honest, I don’t think we have any Harling’s regulars anymore,” he says. “The people that come out to listen to us are people that I think would come out to listen to us anywhere. We were losing that midtown crowd that would wander in, even as recently as a year ago. It wasn’t happening. Some nights we would have good nights, but it would be friends of friends that would show up.”

Broadway Kansas City will certainly offer the NJO a change of pace as the band shifts to a proper jazz club, but Ashlock insists that the vibe of his rowdy players will remain the same.

“We’re keeping it casual,” he says. “If people want to come sit in or bring charts, that’s fine. It’s basically the same as we have been doing for the last eight years at Harling’s. We’re not going to suddenly suit up. But anytime you change to a new venue, that’s exciting, and it can inject some new life into an organization. There’s a piano and a drum set there already, so more likely, we’ll have those musicians be able to come in and play. I think it’s a good thing.

He goes on: “Harling’s definitely has its charm, for sure, and a lot of the time that charm was because it didn’t have any. Ultimately, I think anyone [who used to see us there] will be interested in coming out and hanging out with us at Broadway. The time had just come to try something new. We love Harling’s, but it was time to move on.”