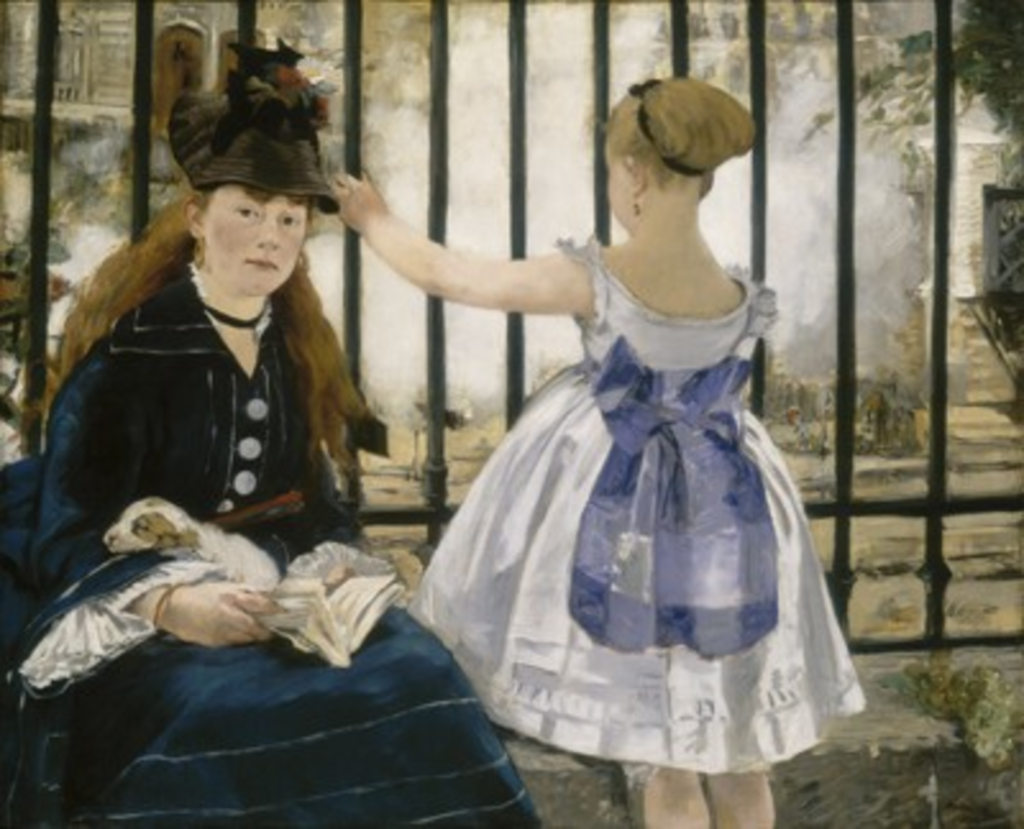 With speed and efficiency, the railroad pulled America westward, while in Europe, a rising tide of industrialization was often celebrated and bemoaned by artists. Art in the Age of Steam: Europe, America and the Railway, 1830-1960 carefully and beautifully unpacks this story from its rather humble but transformative beginnings.

Divided into six sections for organization and narrative purposes, this giant exhibition at the Nelson-Atkins Museum of Art is a chronological installation that unfolds organically. Beginning in the mid-1830s, early aquatints and printed books illustrate the excitement of new railway travel. Works with literal titles, such as “Travelling on the Liverpool and Manchester Railway,” depict tunnels and shafts as impressive engineering feats. An 1855 salted paper print of the railway station in Amiens, France, reveals the physical and cultural relationship of these early architectural structures to cathedrals and other sacred places.

Moving through the mid-19th century, the works reveal human interaction with trains through narrative paintings that explore the economic status of people in the train cars. Among both upper and lower classes, trains were spaces of theater. Abraham Solomon’s “Second Class: The Parting ‘Thus we part rich in sorrow, parting poor'” illustrates a widow sending off her young son to find his fortune in Australia. That we understand he’ll likely never see his family again lends emotion to the already dramatic work. Near Solomon’s painting is a Spanish work depicting a woman prisoner in a bare wood car, watched by armed guards.

When the exhibition shifts to America, familiar motifs of Manifest Destiny emerge. Mid-century photographs document the railroad’s westward progress, and Albert Bierstadt’s “Donner Lake From the Summit” shows how the railway powered through the mountains (remember the Donner party?). Andrew Melrose’s “Westward the Star of Empire Takes Its Way — Near Council Bluffs, Iowa” gorgeously presents the train as commanding and beneficent, a literal and mythical light in the darkness. As the engine steams down the rail in the night, its potent headlight illuminates the track as a herd of deer jumps over it.

Impressionists and Post-Impressionists provide some of the more recognizable and delightful images. Paintings by Claude Monet, Camille Pissarro, Édouard Manet and Gustave Caillebotte combine industrial developments with the artists’ love of painted light. In Manet’s “The Railway (The Gare Saint-Lazare),” industry intersects with everyday life. Next to a girl with her back to us, a young woman looks directly at us. Yet our focus is with the girl, who’s looking through a gate toward a beautiful and even mysterious swirl of steam in the rail yard.

The exhibition continues with images from Thomas Hart Benton, Edward Hopper and Surrealists who use train imagery to suggest emotional or psychic states; this is perhaps the weakest portion of the exhibition. It concludes with images dedicated to the futurist ideologies of the Machine Age. French posters relating power to speed may provoke a rush of excitement, as might “Rolling Power,” an iconic work by American Charles Sheeler. In warm grays and browns, Sheeler’s hyper-realist painting of wheels and powerful cylinders is both glamorous and strangely clinical, demonstrating the relentless movement of technology.