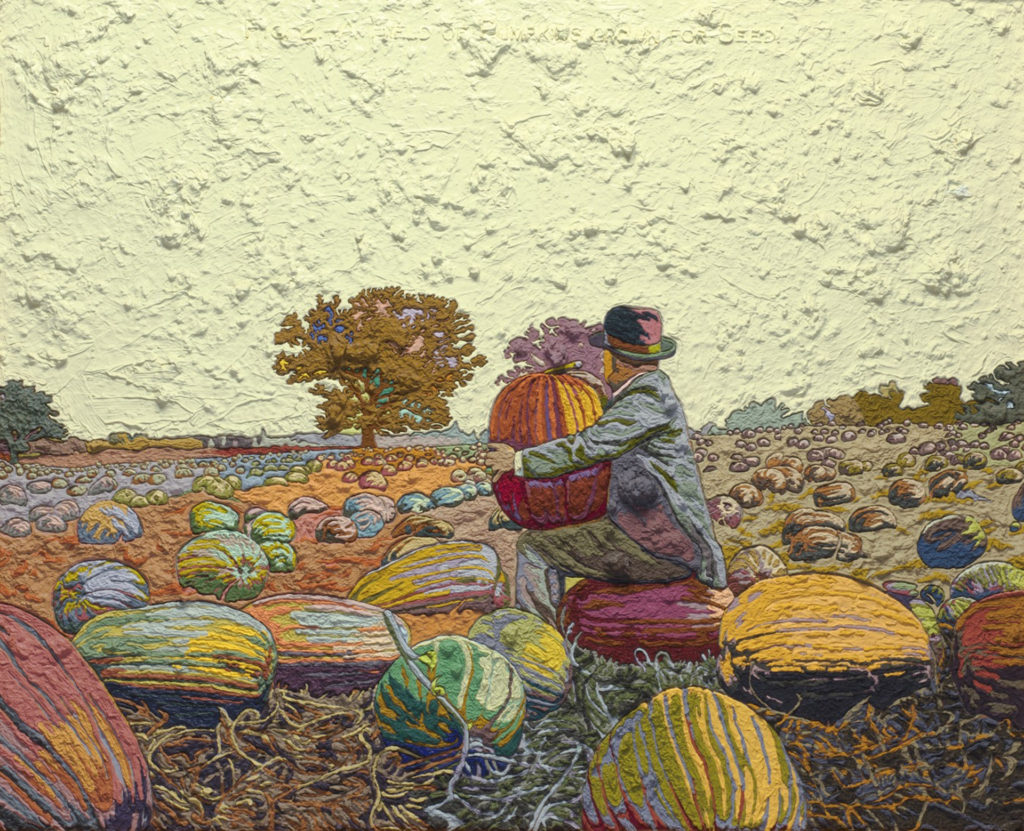 When a major encyclopedic museum like the Nelson-Atkins decides to purchase a painting by Jess, everyone ought to stand up and cheer.

Over the past decade, the Nelson has spent $10 million of the William T. Kemper Foundation’s money collecting work to fill major gaps in and augment its modern and contemporary collection. That effort culminates with the exhibition Sparks! The William T. Kemper Collecting Initiative. It’s not just a spark. It’s a firestorm.

Guided by Robert Storr, a world-renowned curator, writer and artist (previously curator at New York’s Museum of Modern Art, commissioner of the 2007 Venice Biennale, and now dean of the Yale School of Art) and the Nelson’s curator, Jan Schall, the museum has purchased work by established artists such as New York painter Alex Katz, landscape painter Jane Freilicher and sculptors Louise Bourgeois (known to Kansas City audiences for the Kemper Museum’s spider sculpture) and Kiki Smith (who had her own exhibition at the Nelson last year). It also acquired pieces by lesser-known but significant artists such as the late Al Taylor (who studied at the Kansas City Art Institute) and Belgian Raoul de Keyser, whose diminutive work proves that small and subtle holds its own against large-scale contemporary painting.

The exhibition suggests the breadth of serious trends (not trendiness) in contemporary art and also the risks that a major institution must take when it’s given such a profound gift as $10 million. Which gets us back to Jess.

Born in Southern California, Jess Collins trained as a chemist and worked on plutonium production during World War II. In 1949, having had a dream that caused him to suffer a crisis over this work, he abandoned science and moved to San Francisco to study art, abandoning his surname.

Emerging from surrealism, literature and collage, his work is a landmark on the journey from surrealism to contemporary art and postmodernism. He died in 2004.

Storr’s input is evident in the museum’s decision to purchase one of Jess’ pieces, and this painting is one of his best. The most enigmatic and strange work in the exhibition, “Figure 2 — A Field of Pumpkins Grown for Seed: Translation #11,” from 1965, is based on a 1909 Department of Agriculture photograph. In it, a man sits in a pumpkin patch embracing a large pumpkin from a field grown solely for seed. Jess handles the paint gorgeously, scraping at it to make raised areas of pigment — one of the most fantastical effects in the exhibition.

The painting is also a beautiful, complex and significant mile-marker. In the exhibition, it represents a transition from the also excellent surrealist work of Duchamp, Man Ray and Dorothea Tanning to installations by Felix Gonzalez-Torres, Rachel Whiteread and Alex Hay, whose work is a human-sized facsimile of a brown paper bag. The installation guides the viewer through that transition in a logical but not too didactic manner.

Work by other luminaries, such as Richard Tuttle and Kerry James Marshall, demonstrate the breadth of this collecting initiative. And the installation is beautiful, making connections from one piece to another — the juxtaposition between Taylor and Robert Mangold, for example, allows the audience to contextualize each of the artist’s works in relationship to each other and to larger ideas in visual art.

Seeing the work all together here first, rather than dispersed through the collection, provides a perfect educational moment — you can actually see a progression of modern and contemporary art from surrealism on. The $10 million was well spent.