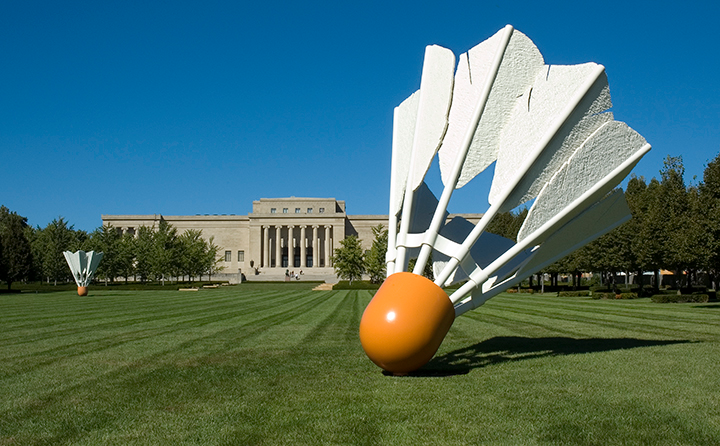 When the Kansas City Star owned up to and apologized for their paper’s own racist origins and practices, they discussed how William Rockhill Nelson was a supporter of segregationist policies and the disenfranchisement of Black people in the unequal development of Kansas City. Nelson was the founder of the Star as well as a friend and mentor to J.C. Nichols, who developed the Plaza and promoted deeply racist housing policies. But while the name and legacy of J.C. Nichols has been heavily reckoned with this year, Nelson’s legacy still stands.

The Star removed the name and image of Nelson from its website in December. But nowhere else is Nelson a more public name than the Nelson-Atkins Museum of Art. Since that December article, a growing number of people are wondering what the museum will do to reckon with its own racist origins. The Star reported on the progress of this possible change Jan. 17.

The museum, which was started by Nelson’s widow and daughter, was named The William Rockhill Museum of Art until 1982 when it changed its name to the Nelson-Atkins Museum of Art. However, the museum told the Star they are still “reflecting” on their own legacy.

“Museum leadership, along with leadership of our Board of Trustees and staff, read the Star’s recent piece, along with the many pieces published on the Star’s own history in late 2020,” Nelson-Atkins manager of media relations and video production, Kathleen Leighton, said in an email to the Star. “We are reflecting on all of this and reviewing the museum’s own history.”

The museum has celebrated minority holidays and culture in its programming throughout recent years, and has publicly supported Black Lives Matter. As well, the Museum removed police from using its lawn as a staging ground during Black Lives Matter protests last summer.

We are listening to Black community partners, to leaders in the faith, civic, and art communities, and to our staff members. We thank you, and we will step up to support and celebrate you. We commit to doing better for you. https://t.co/9hKjse4HDv #BlackLivesMatter pic.twitter.com/zgrayYNbz5

However, part of renaming the museum would involve severing ties with the William Rockhill Nelson Trust. One condition of the family donating the money to build the Beaux-Arts museum building was that the museum hold Nelson’s name. The Trust and the Nelson Gallery Foundation share the same board of trustees and the Trust still financially supports the museum. The Trust’s financial contributions amounted to just under $1.8 million in both 2020 and 2019 for program fees, a large portion of its budget.

The Museum has been undergoing budget cuts and layoffs due to the financial strain of the pandemic. The issue of potentially losing over a million dollars in contributions each year is admittedly a threat to the institution, especially during this time of financial strain. However, motivation to right the wrongs of its racist history should not come second to finances.

“The issues you are asking about are large and complex, and our Board of Trustees, as well as museum leadership, are taking a careful and measured look at the museum’s history,” Leighton said in an email to the Star. “I’m sure you appreciate that this takes time and thoughtful consideration, so any comment at this time would be premature, as these are continuing conversations.”

The effort to reckon with its own history may be a large and complex process but should not be passive. A name should not cloud the priceless works of art, programs, and community events that the Museum gives to the community.

Their harmful past must be faced head-on, regardless of how much money or art Nelson gave to the community. Nelson cannot be remembered as a reformer and community advocate when he did not advocate for the whole community. In fact, he actively did harm to our Black and Brown Kansas Citians. Our art museum is a fixture for all in the community, one that claims to be anti-racist. Upholding the name of a man who worked to disenfranchise and exclude people on the basis of race is fundamentally not anti-racist, and the museum can’t claim to be until their past is dealt with.

The museum itself said it was committed to doing better for the Black community, a name change should be the start.

[Correction: A previous version of this article denoted the amount of the yearly donation incorrectly. It has been updated.]

Ryan Wilks to showcase new multimedia project With Hold Me on Sept. 11