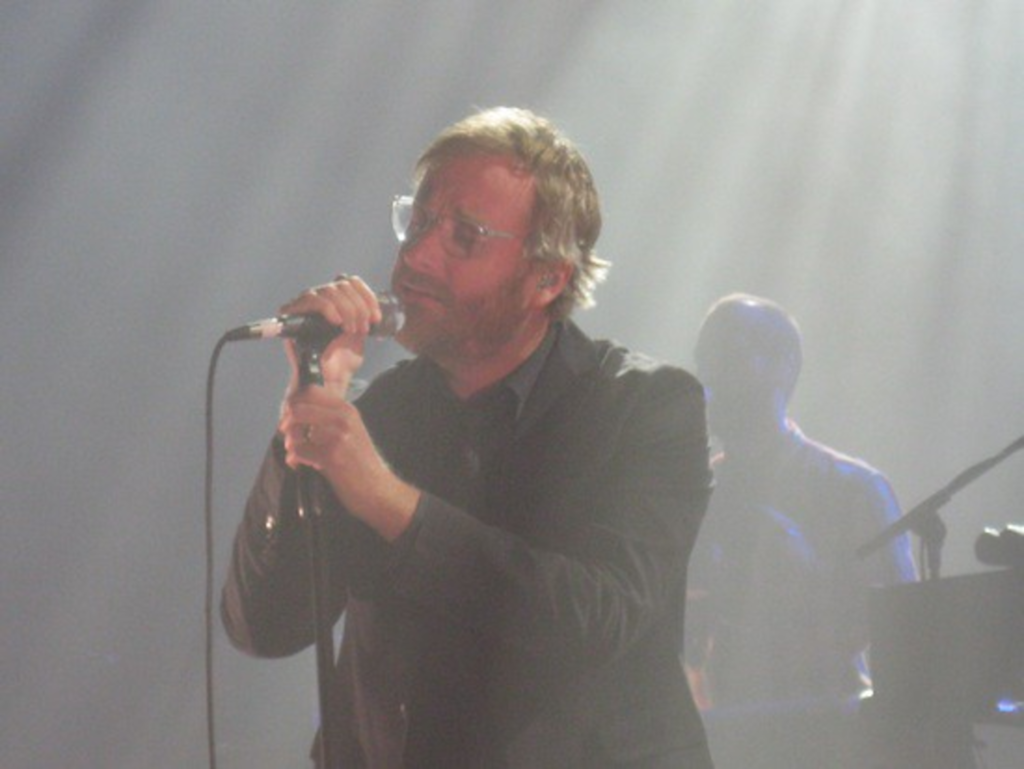 The quick critique: The National can make a bad day sound good, so go ahead and revel in the terrifying thrill of uncertainty, courtesy of Matt Berninger’s melancholy yet energetic baritone. 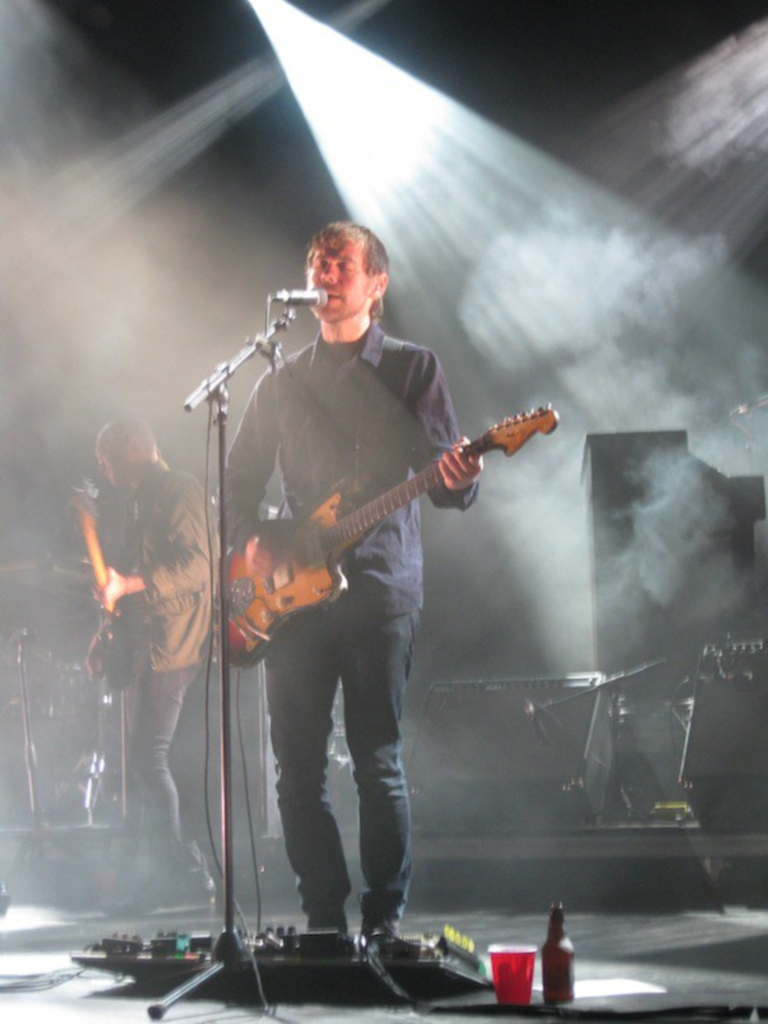 The National’s frontman, Matt Berninger, has one of those voices you can wear like a second skin. It is comfortable in there, warm and all-encompassing. There’s also a little danger involved, like one of those extra-dark nights after a major heartbreak when you should stay in but something compels you to go out. You might make it only as far as the corner stool at your favorite bar, but you’re going to get into some profound shit.

Playing heavily from its latest album Trouble Will Find Me, the National gets a lot of mileage from that familiar feeling of discomfort that’s laced with the terrifying thrill of uncertainty. Friday’s show started promptly at 8:45 p.m., and the National wasted no time filling Starlight with its signature sound, which is equal parts melancholy and raw energy. The half moon shone brightly to the right of the stage, occasionally vanishing as clouds obscured it. There was a storm brewing. 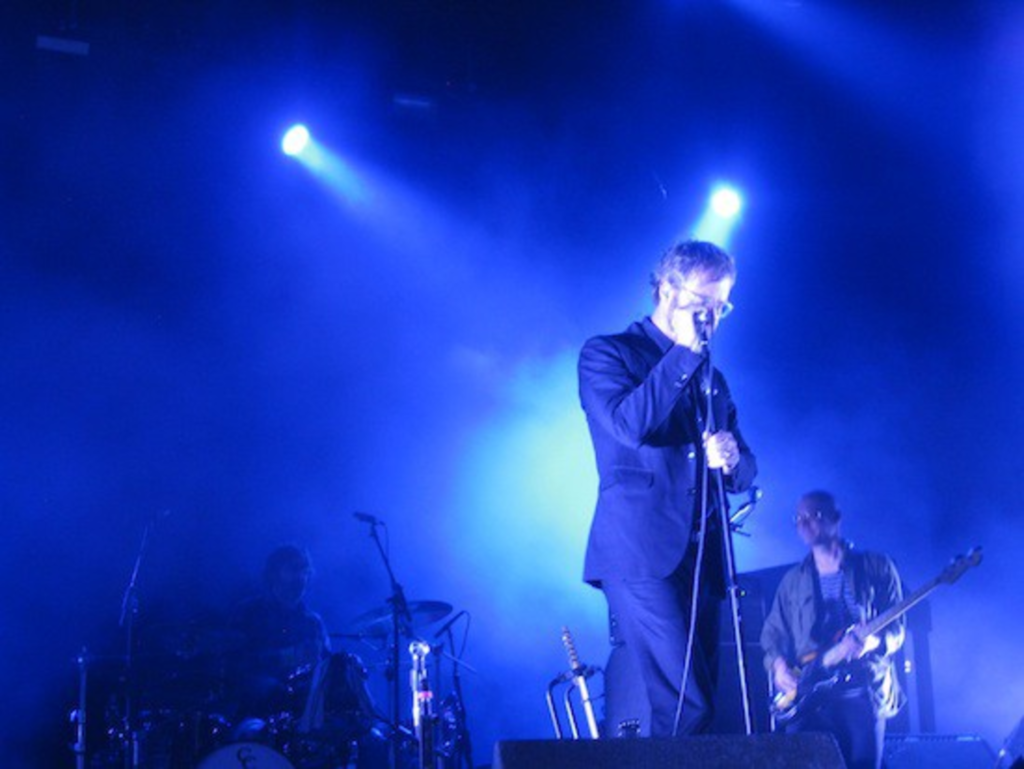 As though responding to the changes in barometric pressure, Berninger began using his barrel-chested baritone to unleash primal rock-and-roll screams. On “Squalor Victoria,” he reveled in the last line, “This isn’t working, you, my middlebrow fuck up,” hollering “fuck up” repeatedly before dropping the microphone and stalking to the back of the stage.

That wasn’t the only abuse Berninger’s poor microphone suffered. During “Mr. November,” he jumped off the stage and bounded into the crowd, continuing to sing as he cavorted with the commoners. The throng of fans tried to hold the microphone cord aloft, but it inevitably came unplugged. The rest of the band carried on the chorus: “I won’t fuck us over/I’m Mr. November,” a nod to dirty politics. When Berninger climbed back onstage, he seemed frazzled.

The other highlight was the National’s two-piece horn section. The brass provided a bit of welcome, bright-eyed diversity in the occasionally plodding intensity of the band’s nearly two-hour set. The lights were somewhat eerie as well, creating a crosshatch pattern of bright white beams as stark as bleached bones.

It seemed appropriate that following the band’s final encore performance, an unplugged, sing-along, sway-along version of “Vanderlyle Crybaby Geeks,” the skies darkened, and lightning began to flash in the distance.

Opener Tame Impala, a six-man outfit of Australian psychedelic rockers, sounded big and rich, putting down danceable beats layered with rock-and-roll guitar. But lead singer Kevin Parker’s vocals didn’t seem to match the sound; at times, he could have been whining into an intercom. The trippy, neon backdrop seemed to match the meandering songs. It was like gazing out of a rain-streaked car window on the cab ride home on the drunkest night of your life – which isn’t necessarily a bad thing. 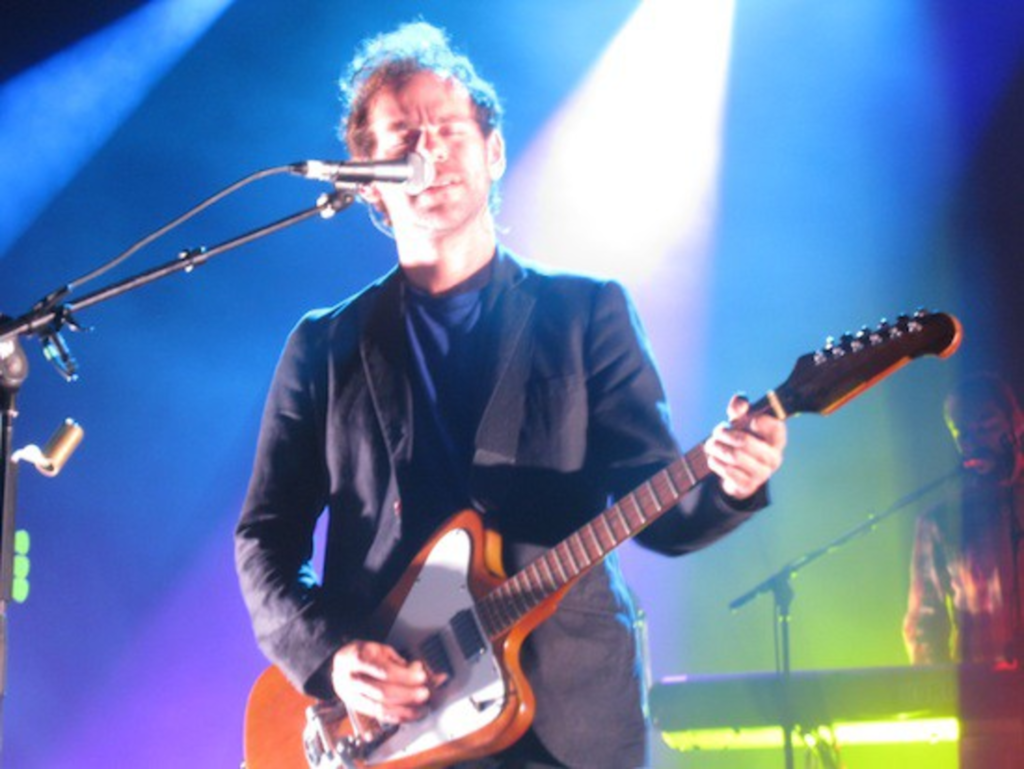