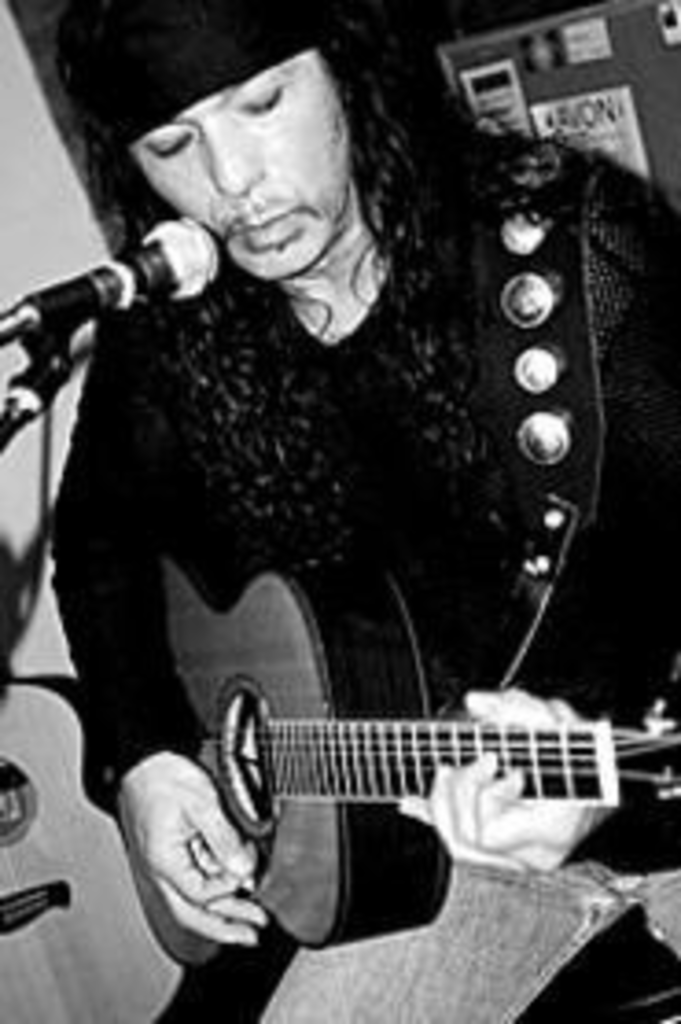 Jerry Dowell, Naked. It’s a prospect guaranteed to excite cowboy fetishists and area singer-songwriter fans alike. But those hoping to lasso lascivious nudes of local folk’s Fabio must wait; the Naked album cover reveals only Dowell’s broad shoulders and cascading curls. However, he does strip down to his soul on this sparse acoustic effort, giving fans quite a peep show.

Dowell’s first two records were ostentatiously eclectic, veering from boozy blues stomps to sax-splattered jazz. On Naked, he draws a straight line from Springsteen’s Nebraska to the Eagles’ Hotel California, cruising rustic westward roads as tumbleweeds somersault to his rhythmic strums and artfully eroded vocals. The only ornate accent is his harmonica, which flashes like a speck of gold in a dust storm.

Even with a limited instrumental arsenal, Dowell keeps listeners guessing. He ranges from ungainly words (religiosity, successiveness) to simple rhyme schemes (Everything blue/Can happen to you), from goofy revelations (When I was a kid/I thought George Washington was an old lady in a wig) to poetic profundity (Silence is better than wasted words). He references Bible verses on the title track, but he secularizes “Amazing Grace” with a striking lyrical and musical makeover. The coffeehouse cowboy croons about his big ol’ Stetson without a hint of twang in his voice. He’s an authentic outlaw without affectation.

The prolific performer conceived Naked while penning tracks for the pending Stray Dogs, Steel Guitars & Reckless Love. Though he preserved that unreleased material, he borrowed tunes from the companion soundtrack to his as yet unfinished novel On Some Passionate Night and dug deep for long-forgotten gems. Dowell, who released his debut disc in 2002, boasts a solid songbook that stretches back more than two decades; fortunately for fans, he’s finally starting to bare the goods.