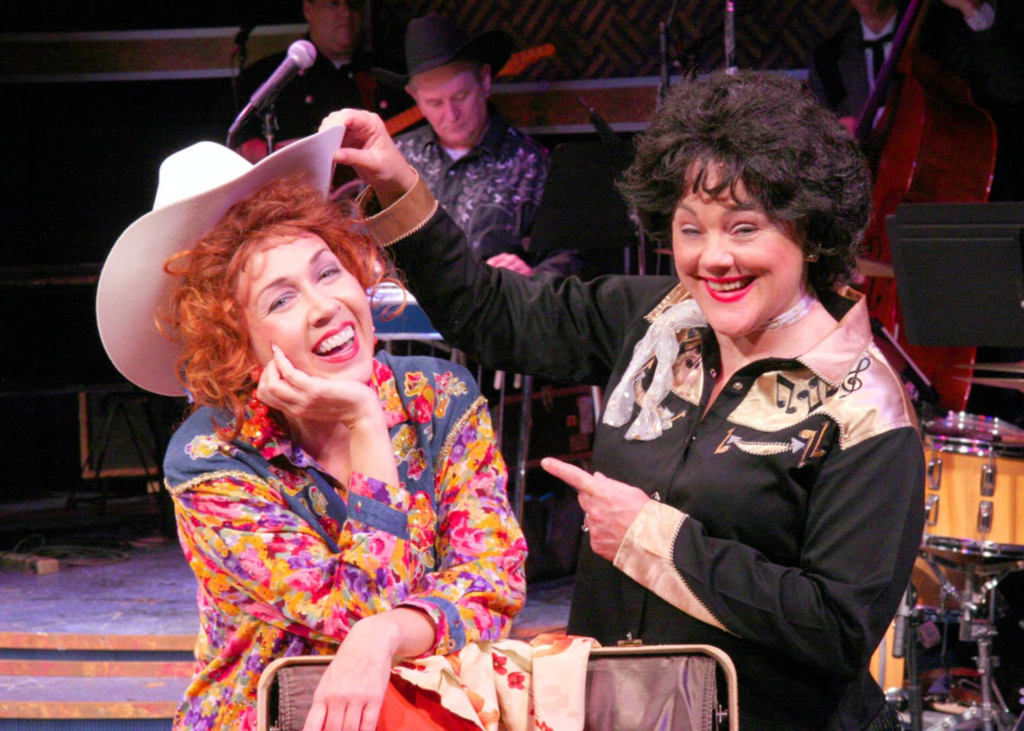 At some point in the past 50 years, the mall replaced the public square as the gathering place for Americans. Now, as developers bilk us with P&L-style fake towns — mall-like public squares that replace the mall with an imagineered parody of all that the mall originally destroyed — the luckiest cities are enjoying a bit of old-fashioned, no-bullshit revitalization in the drab-brown, hulking mallscapes of the last century. In Crown Center, for example, Kansas City has lucked into its first genuine theater district, a place where art rubs shoulders with that cat knickknack store.

This weekend, three musicals are playing at Crown Center: Eubank Productions’ energetic dance goof Reefer Madness (reviewed in our June 26 issue), the Coterie Theatre’s ambitious Broadway folk tale Once On This Island, and the American Heartland Theatre’s surefire Always, Patsy Cline. All three are local productions showcasing serious local talent. All three boast production values beyond the ordinary. All three approach the musical with such high spirits and seriousness of purpose that you might forget the sweat-along summer suckfests that traditionally dominate July. Not only have musicals saved the mall — the mall has saved the summer musical.

Not that the shows are perfect. Once On This Island is everything that the satiric lark Reefer Madness isn’t. It’s weighty, dense, allusive, mythopoetic, sometimes gorgeous and sometimes leaden. Like Reefer Madness, which is held together by the sincere lunacy of Doogin Brown as its narrator, Island almost gets across on a singular performance. Angela Wildflower Polk belts and dances with her usual intensity, that voice of hers silky and serrated at once. The ensemble belts and dances, too, faring well on the singing but too ragged on the hoofing. Because this is a song show, that’s no deal breaker; the performers live up to a score that’s dreamy and challenging — maybe too challenging for the Coterie’s young audience.

After 10 minutes of choral prologue, bickering gods and a confusing (yet nicely sung) account of the island setting’s Haves-versus-Have-Nots history, we finally meet Ti Moune, our orphan heroine. At the 25-minute mark, after the child actress playing her has the good fortune to blossom into Polk, Ti Moune falls for Daniel (Francisco Villegas), a wealthy swell with whom she never speaks but shares a duet that may be imaginary.

Soon, Daniel is spirited away from her, and the lovestruck Ti Moune sets off on a perilous journey to the land of the Haves. At this moment, just when the story has at last caught us up, Once On This Island dallies away its momentum, giving Ti Moune’s adopted parents a farewell duet — far from what the kids crowded around this stage care about. (Show tune fans will love it, though. It’s a beauty.) When she at last reunites with Daniel, the show again dashes any narrative interest by cutting to a number about gossip among the upper class. Not once on this island do we see why she loves this boy.

After a sad, strange climax, the ensemble rallies with a hopeful moral: The unfinished revolution of one generation often achieves a happy ending in the next. “This is why we tell the story,” they sing, in exciting close harmony. Problem is, they haven’t told it at all. These are songs about a story instead of songs that tell one.

The show could use a Cathy Barnett, the shimmying, cackling, wild-haired narrator, cheerleader and — ultimately — eulogizer of Always, Patsy Cline, a show that might better have been titled The Night Patsy Drank My Beer, Ate My Eggs and Slept in My Kid’s Room. Barnett plays Louise, a Cline superfan from Texas who shares tender memories of the long-gone, lonesome night when these two country gals jawed about heartache till dawn. As stories go, this isn’t much, but as narrators go, it’s a doozy. Barnett is wryly tender in monologue, infectious as she cheers on the musical numbers and deft at working the crowd during a couple of perilous “interactive” bits.

As Cline, Becky Barta has a voice that’s whiskey-tinged and horizon-wide. Like Barnett, she’s reprising a role she owned at the Heartland 13 years ago. She’s charmer enough that I wish the part weren’t so thinly written — the show is designed for one singer and one actress, not for double threats like Barta. Still, she has the pipes, the band (ably led by Anthony Edwards) has the swing, Barnett has the story and the Heartland has a hit.

Any adorer of Cline’s should check it out, just as anyone besotted with rich, contemporary show tunes should try Once On the Island and anyone with a proudly corrupt heart shouldn’t miss Reefer Madness. At Crown Center, we have Kansas City theater in microcosm: some cheerful depravity, a bit of Broadway kid’s stuff and a little more Branson than we might want to admit.