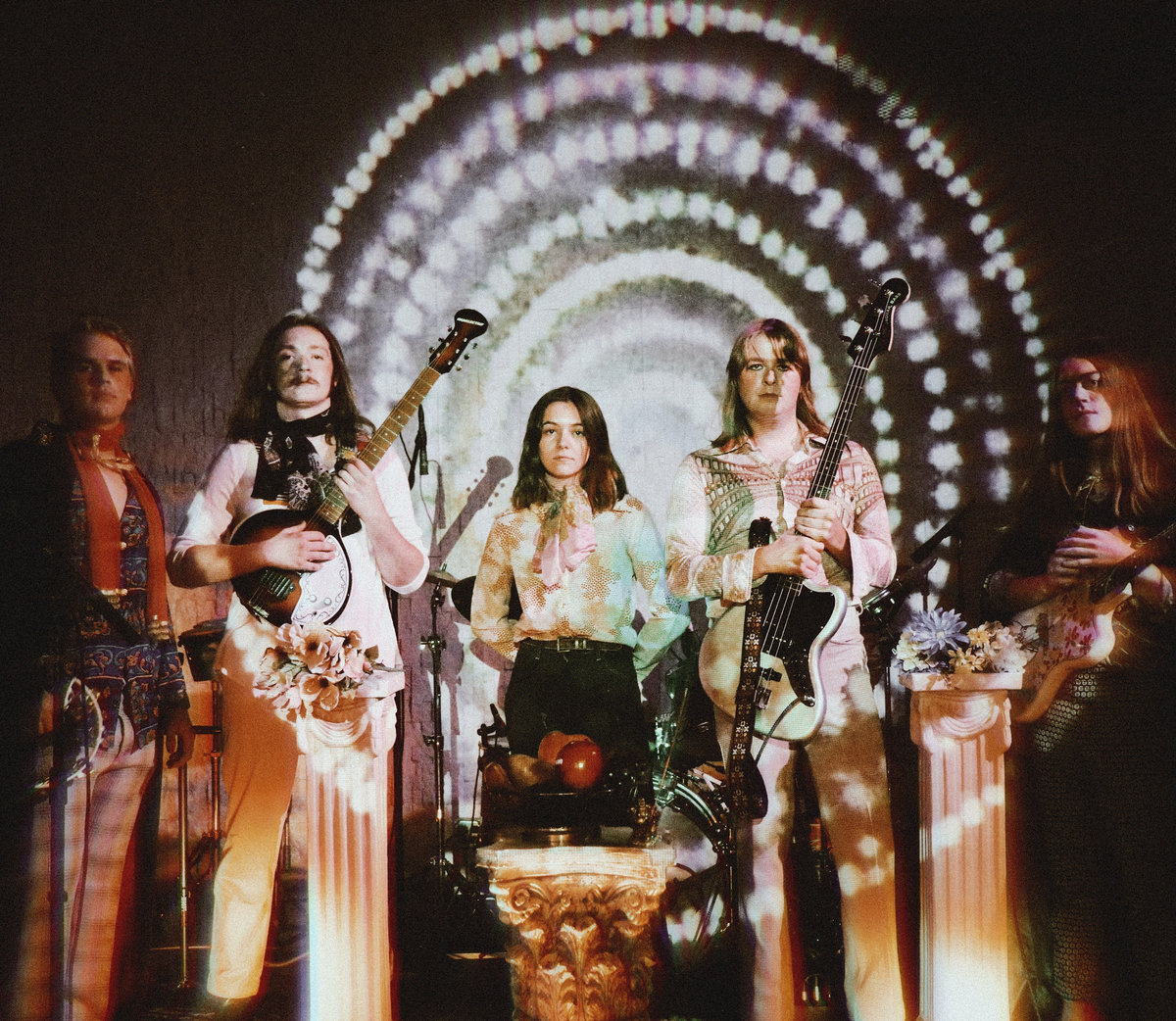 Kansas City psychedelic rock collective the Moose’s new album, Spature, is a sprawling twenty six-song, two hour-long, double LP recorded over the last year and a half in the band’s attic studio. According to the Moose, Spature “centers around a brief history of a fantastical world, shown through psilocybin-inspired soundscapes, detrimental circumstances, and psychedelic creatures.”

Inspired by everyone from King Crimson to MGMT to Pink Floyd to Tame Impala, this is a truly epic recording which covers everything from brief pastoral interludes like “Satyr of Swordbend” all the way through to the 11-minute-plus dreamy electronic psychedelia of “Earth Corrupts the Heavens (The End of Time),” which ends the album and is “the apocalyptic version of the end of the world, where the sun engulfs the earth.”

In addition to all of that, Spature features some truly choice songs like “Ultraviolet.” While the song is “about the beginning of the end told from the perspective of a warnful citizen experiencing their last moments watching humans seal their fate with the sun,” it’s also a joyously dreamy and ecstatic piece of dream-pop that will have you wondering if maybe someone dosed that Coke you were drinking earlier.

I reached out to the band via email, and we went in on some details about the creation of this epic.

The Pitch: This album took a year and a half to make. Was the epic scope in mind from the start, or did it evolve as part of the creative process?

The Moose: The title for our second album came up while we were still making the first one. We had been writing songs with general scenarios towards communication and the barriers that come between it for our first album, but we hadn’t made any other boundaries as far as what it could be about, specifically. Once we got to only work fully on Spature, we started coming up with a bunch of song titles, knowing this would be an outline for a cohesive, long album which we thought was better than just writing 26 random songs. Once the titles for the songs were in place we definitely made changes along the way, but the main idea came from the title of the album and the songs in the beginning of the process.

It seems as though you can feel the ebb and flow of how things were written as Spature progresses, with the “second LP’s” material really going out there. When you’re putting together this much music, how do you sort it all out?

Since we had been working on this album for so long, we had some songs that were probably three years old, and sometimes they were re-recorded four or five times just to get it right. Even then we didn’t put about 10 or so extra songs that we had on the side. I really think it took us just sitting down every few months and cutting songs/reworking them, so we could just focus on what was good at the time, or something that seemed like final material. For the most part, we knew the album would start with the beginning of time, and end with the earth getting sucked up into the sun. We knew in the middle we were in the search for the sun, which we did find, however everything else just kinda fit in between in funny ways, I guess.

I adore the fact that you have a multi-part suite in “Mother Tree/Muddy Tree/Shelter’s Chorus,” which is one of my favorite particulars in prog rock. Where did that come from?

For this album, we really cared about maximalism, and for how grand we wanted Mother Tree” to be, it seemed perfect to make it a medley with “Muddy Tree. “Mother Tree” and “Muddy Tree” were originally going to be their own songs, but somewhere along the process of making the album, we decided to put them together and have the second half of “Mother Tree” be called “Shelter’s Chorus” because of all the ahh’s at the end of the song.

There are four videos from this album. How do these tie into the epic scope of Spature?

Our music video for “Ultraviolet” has the most relevance to our album’s theme in the context of climate change and our leaders messing it up for the rest of us, to be lightly put. The rest of them were just fun ol’ times, ha ha ha. We do plan on making some more videos, as well, for this album.

The Moose play Hang12’s Traffic Jam at the Percolator in Lawrence on Saturday, May 29. More details on that show here.

Categories: Music
Tags: interview, the Moose, the percolator
Support Us