The Missouri Department of Transportation’s construction budget shrinks to a measly $325 million in 2017. Here’s how they plan to spend it. 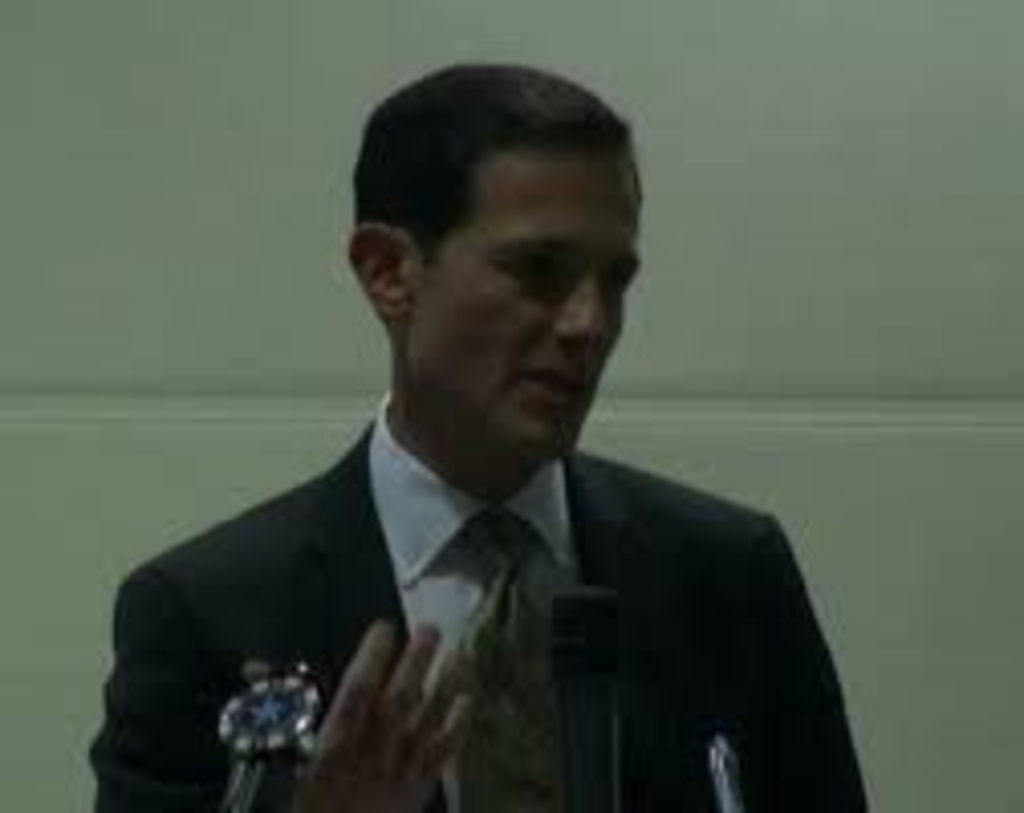 In 2009, the Missouri Department of Transportation had $1.3 billion to spend on constructing and maintaining the state’s roads and bridges.  By 2014, that budget line item had shrunk to $700 million.

MoDOT now projects that its construction budget will get hacked down to $325 million by 2017 — and keep in mind that it requires $485 million a year merely to maintain the transportation system in the condition it is in today.

That’s because MoDOT’s budget has been propped up for the last 10 years largely by temporary funding measures, including a massive bond issue in 2004 and federal stabilization dollars that Washington, D.C., unfurled in the midst of the recession from 2008 to 2010.

With voters turning away MoDOT’s request for a constitutional amendment to raise sales taxes statewide last November, funding for MoDOT continues to evaporate. Fuel tax is the biggest revenue stream for MoDOT, but one that continues to diminish as cars become more efficient and people resort to transportation alternatives in larger numbers.

Next week, MoDOT plans to go before the Missouri Highways and Transportation Commission to give the governor-appointed board that oversees the department a taste of what a $325 million construction budget looks like.

A link active earlier in the week on MoDOT’s website (modot.org/toughchoicesahead) presented a summary of a plan that it calls “Tough Choices Ahead.” The link has since been taken down, but we took a screengrab of it (see below).

In Kansas City, the roadways that will receive the most attention are Interstate 70, the interstates that loop around downtown, Interstate 35 and Interstate 29. Other highways, like Missouri Highway 152 in the Northland, will get significantly fewer resources.

MoDOT warns that it may close bridges on other roads that get less maintenance work. 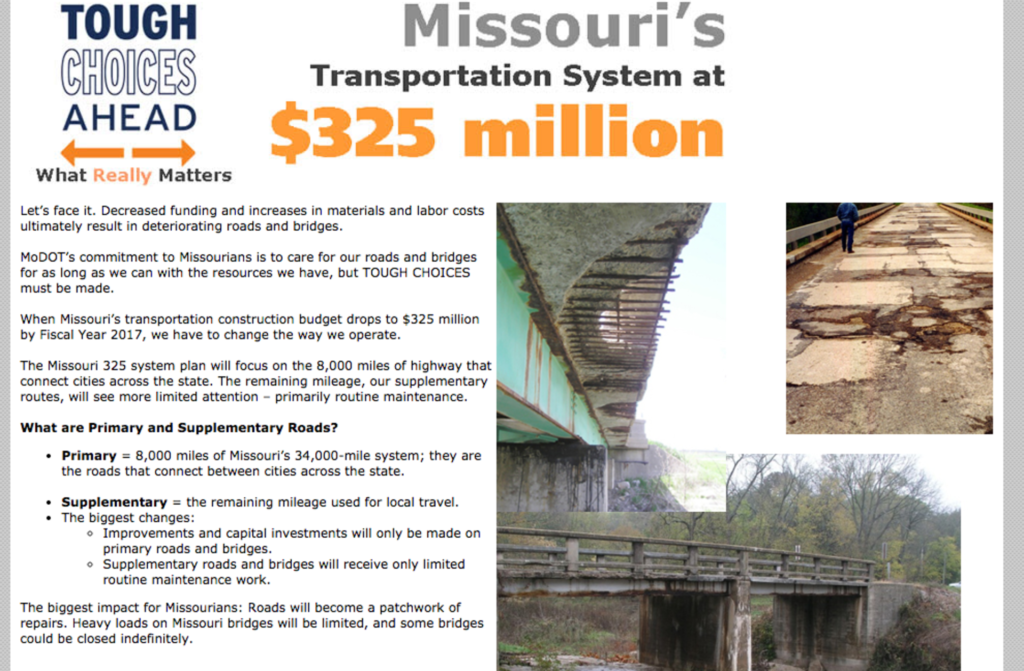