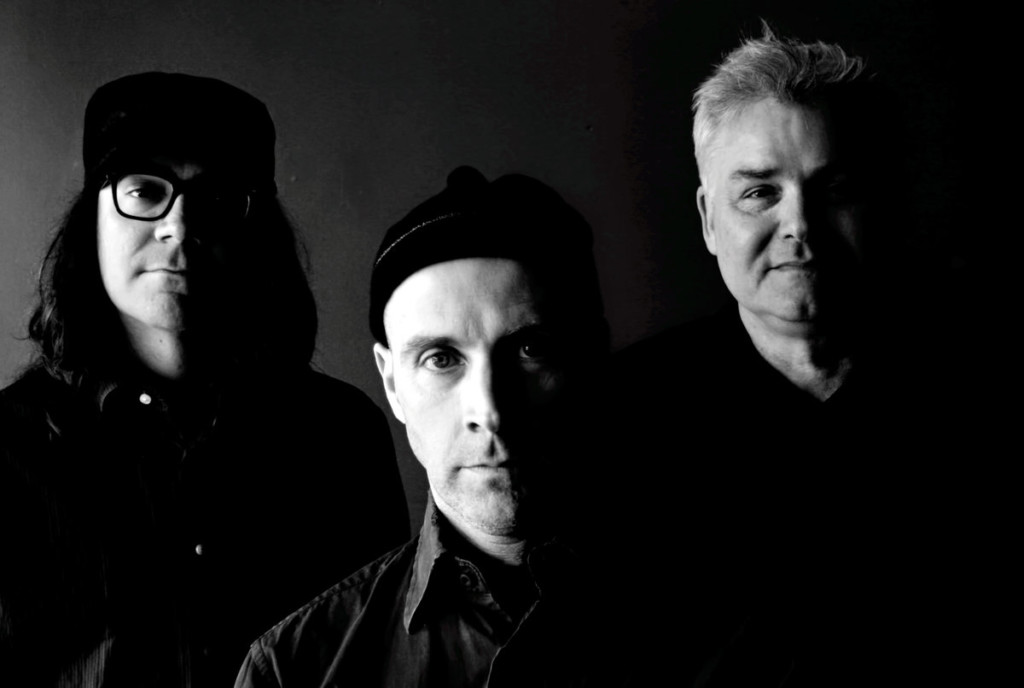 Be it the intro to Fugazi’s “Waiting Room,” Ataxia’s “Dust,” or “Drop Foot,” from the new Messthetics’ album, Anthropocosmic Nest, bassist Joe Lally’s sound is instantly recognizable—an insistent but groovy fretwork that’s been worming its way into the ears of music fans for nearly three decades now.

The Messthetics—Lally, drummer Brendan Canty (also of Fugazi), and guitarist Anthony Pirog—formed a couple years back, and the band’s self-titled debut was released on Dischord Records just last year. The group’s instrumental, jazz-influenced rock is like a looser version of Trans Am, but equally as potent, and the new record is even tighter than the first. The band’s currently on tour in support of Anthropocosmic Nest, and I spoke with Lally by phone recently about the record and the intricacies of making instrumental rock music.

The Pitch: It seems as though you had a little more time to work on this record, as opposed to your debut. Was that the case?

Joe Lally: We had just met when we did the first record, as far as the three of us together, working on music. That began with Anthony writing for what was supposed to be a solo record, and then Brendan and I really let him take his time with it. We probably spent more time on that record. In comparison, the second record we really worked on while we were home. We were kind of worried that we weren’t giving it enough attention at all, but when we were together, we were all just so full of ideas and eager to get something going, that we got a lot done and a lot of things that we put down as initial ideas ended up being used for final takes.
The sequencing of the record is really interesting, in that “Section 9” —a pretty dreamy song—comes right after “Drop Foot,” which is a pure rocker.

Yeah, it shifts gears there, and allows something different to happen—but not to completely calm down. It’s really nice to have for the set, for the same reason: I always felt that it was a song that kept the energy up, even though it brought the sound down. It’s not something we need to play really loud. Anthony comes from a different world, and I think that he feels that it’s moving into a different genre of music that the audience is not going to relate to as much or something, but for some reason we left it out [of the live set] for a long time.

I suppose you would need to have a different set of dynamics for an instrumental band than a band with vocals. How do you keep an audience’s attention when there’s not a chance to sing along?

Yeah, and there’s not an emcee, if you will, for between songs. [laughs] That’s the thing about having a vocalist: there’s somebody communicating with the audience. So, if you do three songs in a row, you can sort of breathe or someone can tune or change something with the instruments while a vocalist is just addressing the audience and kind of touching base, and bringing them in by talking about anything. It doesn’t have to be about the songs at all. As you know, you’re entertained by the singer between songs, often, and that is definitely a part of the set that is missing.

You released this album just a year and a half after your first record. I know that, for some artists, once the album’s in the can, it’s all about the new music you’re working on. Is that the case for you, or are you just happy to play these songs for people, and seeing how they respond?

I think the latter is true, because we’ve already been playing a lot of the songs live. As soon as we were writing them, we were playing them out live, just seeing how they feel and “Are they finished?” and they just kind of kept going from there. It took us a while to get through a bunch of tours and then kind of check in. Where we practice is where we record—our kind of home studio—so we just did what we could to finish them, but we did so much playing of that material live, and because we only really took August off, it’s been almost too much to see what we could do next.

There are a bunch of ideas, so yes, in a way, we’re kind of ready to get in there and work on it again. We’re seeing that there’s a little bit of time in January, and we’re hoping that we’re going to get a bunch done in case we book ourselves in April, May, June, something like that. So, yeah: we’re kind of excited to get going on the third record.

The Messthetics play Record Bar on Tuesday, December 10. Details on that show here.