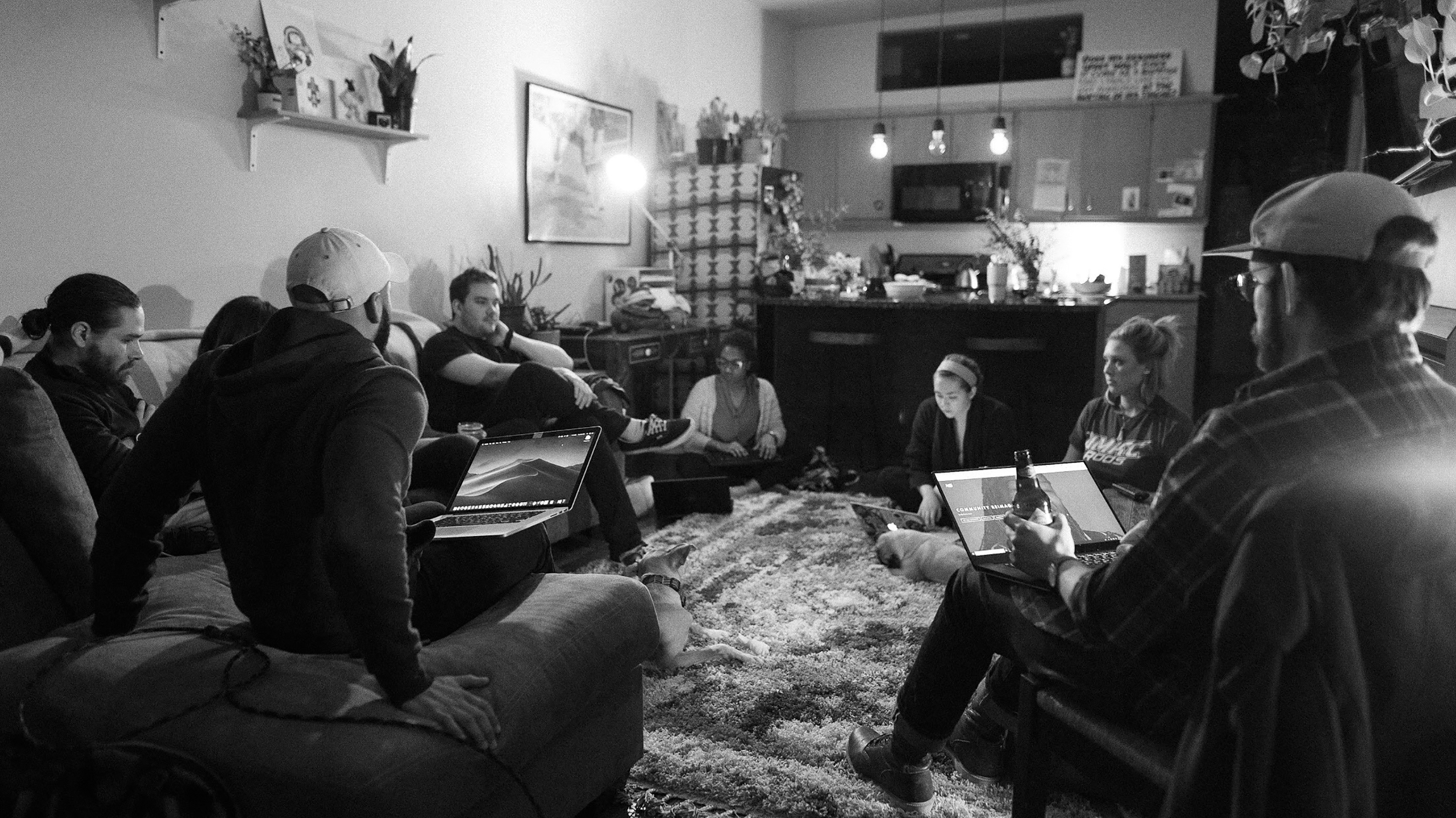 A group of volunteers and organizers meet to brainstorm the Merry Outlaw app. // Photo by Nigel Rue.

The Merry Outlaw mission began with the concept of a socially supportive restaurant. Various chefs would cycle through. Evening meals would be expansive affairs, deliberately overpriced. The extra cost would carry over to cover lunch the next day for the financially impaired members of our city. An app would allow diners to communicate needs and find solutions within the skill sets of other patrons. Subsided meals and a delightful dining experience. It would become a bridge between classes, and a chance to build a shared space with a shared positive experience. An innovative approach to forming community in an entirely new way.

Then COVID-19 hit, and the whole plan fell apart.

Founder Lindsay Smith and developer Chris Whited responded by converting the intentions of this social safety net into the form of a different kind of app: KC Mutual Aid. Originally conceived as a tool for connecting those in need with legal advice and financial planning, the Outlaw Mutual Aid team streamlined the program into a simpler, more immediately effective tool. 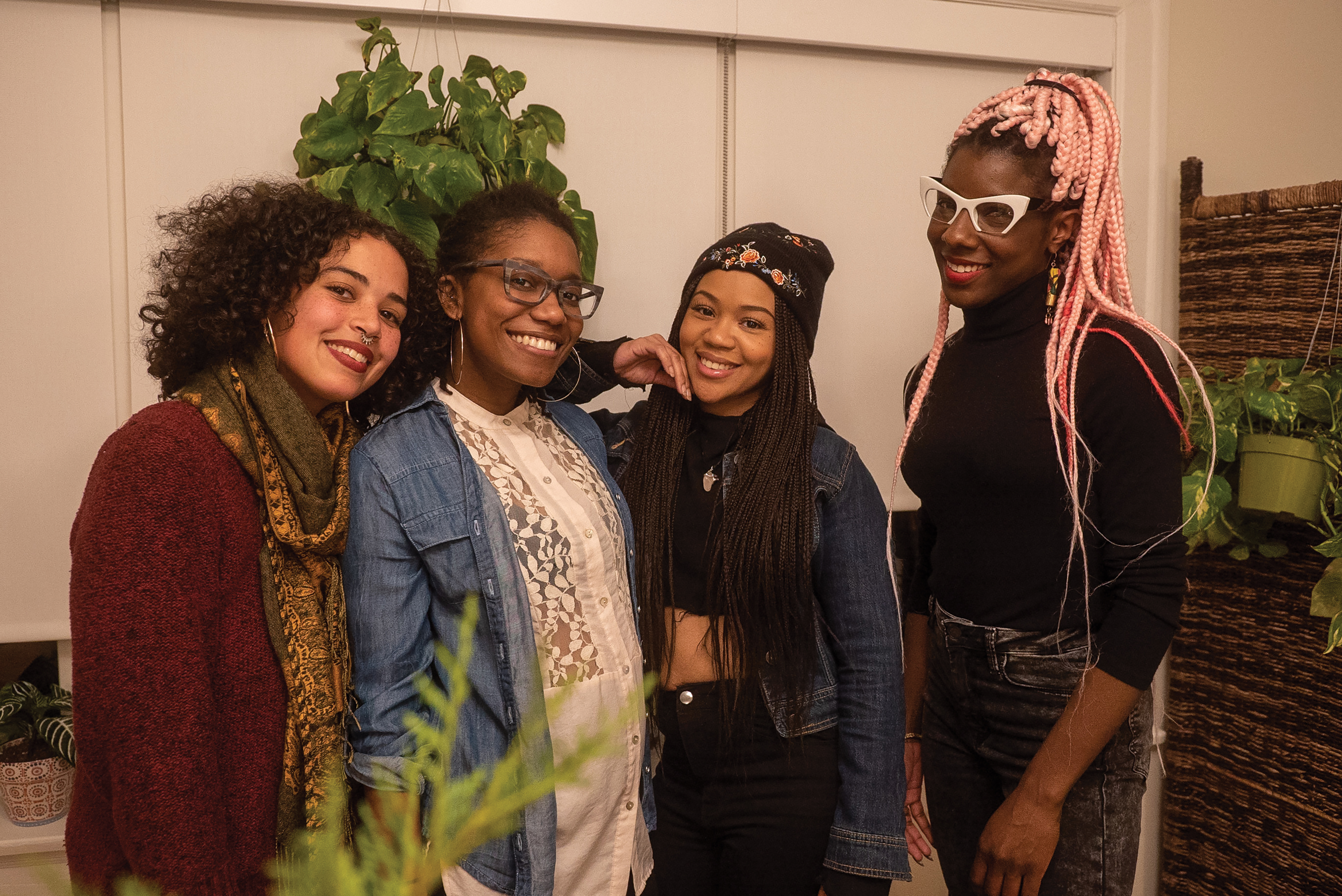 When you pull up the Outlaw Mutual Aid app, it is divided into two simple categories: “I Would Like To Help” and “I Could Use Some Help.” Kansas Citians who are in need of financial aid for any number of issues (rent, groceries, medical care, etc.) can request up to $300 in assistance. App users that have the means can then select situations that they can cover.

This gives the public the opportunity to stand in solidarity with their neighbors. To give and receive in a private setting, where you can know that the money you have to share will go directly into someone’s pocket, unlike other larger organizations.

“I don’t know if it’s a generational issue,” Smith says, “but people my parents’ age seem skeptical of donating to a new nonprofit organization. One that isn’t as established. They don’t trust it. Well, we’re doing this for free, and there’s no overhead. Every dollar goes to those who need it.” 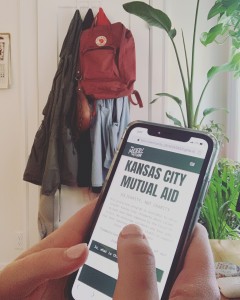 Outlaw Mutual Aid aims to retain privacy as much as possible. It uses money sending apps like Venmo where the funds can be directly transferred to the account that needs it. It only requires a handle being used, rather than a full name, so those participating won’t see the donor’s name or the recipient’s.

The app can be used from a web browser or from the downloaded app on a cell phone or desktop—meaning easy accessibility, with or without an iPhone.

Smith recognizes that some users might be concerned that participants requesting aid could be attempting to scam the system, as is a worry for almost all social safety programs, especially those without larger oversight. She believes that even if there was a rare instance of such fraud, the intentions of an overwhelming majority of users are good and true.

“We have protection systems in place,” Smith adds. “The app is closely monitoring IP addresses, along with other security measures to eliminate possible issues.” 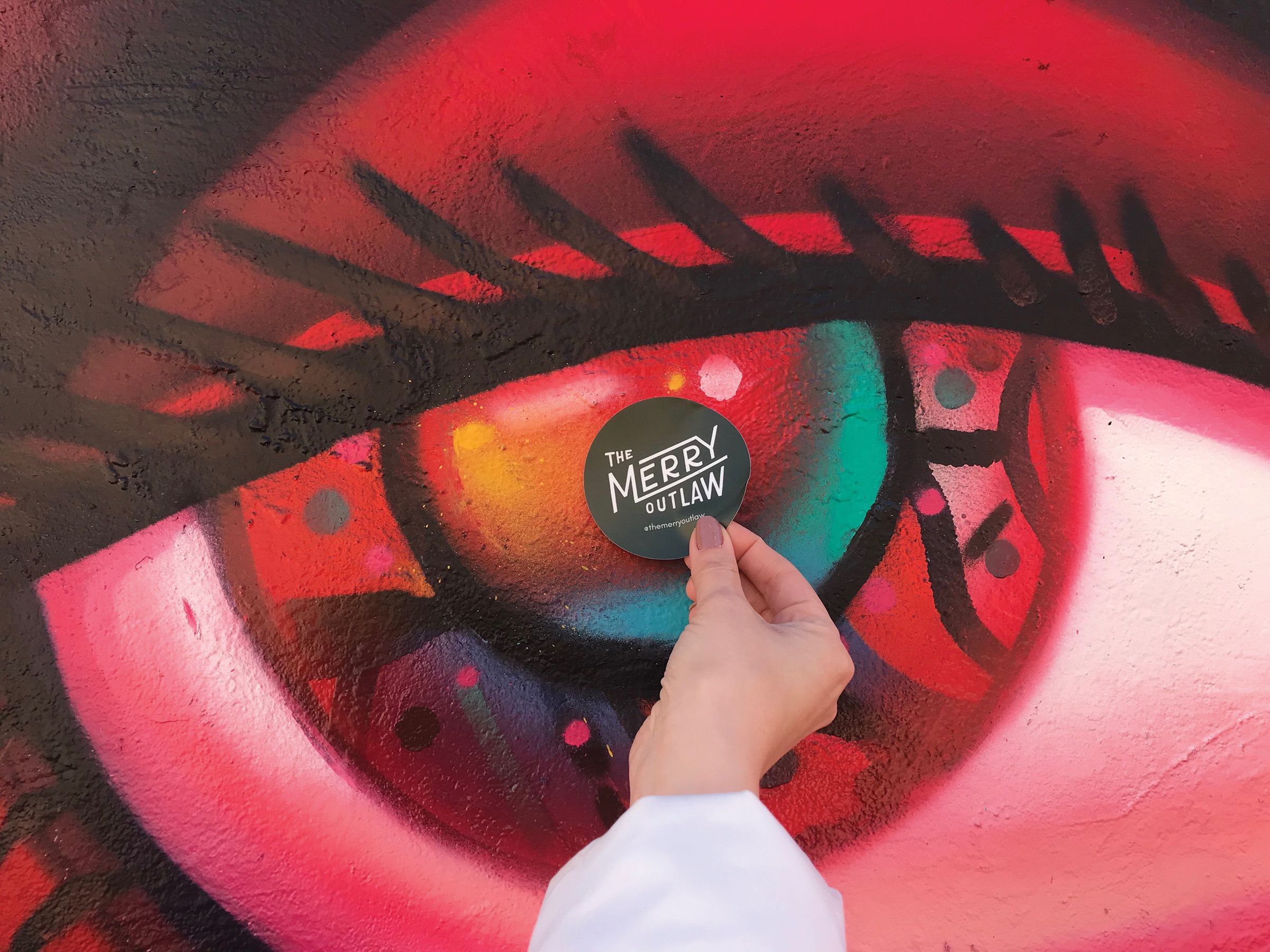 Photo courtesy of The Merry Outlaw

Since opening, The Merry Outlaw has helped pay bills for 40 individuals and earned over $10,000 in support. As unemployment doubles each week, with few signs of slowing down, it’s important now more than ever to acknowledge points of position, and to accept that there is something you can do about it that has an immediate impact.

Smith says that in the first week of operation, there were a lot of donations, but that participation has been dropping, simply because residents aren’t aware of its existence. “I feel like I need to do PR full time for this to fill our needs,” Smith says.

To download the app, please go to outlawmutualaid.com. If you would like to make a direct donation to the organization, themerryoutlaw.org. Tell a friend or two if you can.