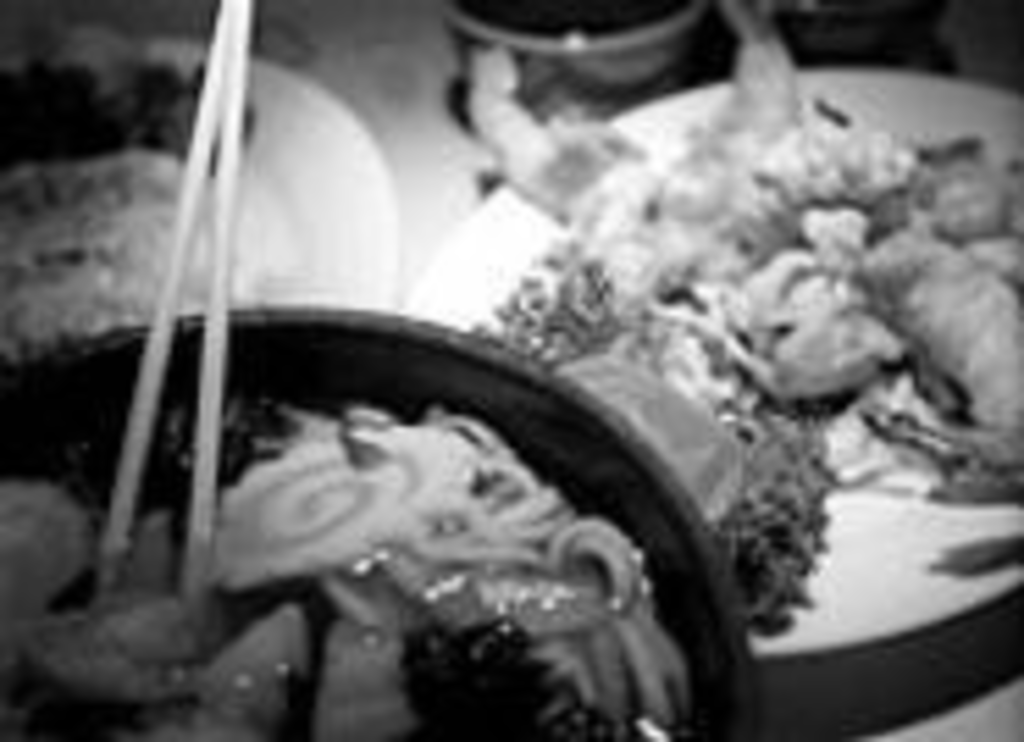 A couple of years ago, I had just finished dinner in a typical Chinese-American restaurant (the kind that serves ersatz “Oriental” dishes like lemon chicken and egg foo yong) with my friend Betty when the waitress came over with our check and two cellophane-wrapped fortune cookies. Betty rolled her eyes after she extricated her little paper message from within the waferlike cookie: “You will win success in whatever you attempt to accomplish.”

“Why do the fortunes always have to be so predictable?” she asked. “I want to open a cookie one day and look at a slip of paper that says, ‘Remember the fat girl who put gum in your hair at camp in 1969? She’s dead!’ Now that would be a good fortune.”

I reminded Betty that not all cookies contain clichés. I once got an offbeat fortune that wasn’t just blunt — “You will soon hear some unpleasant news” — but also proved to be unpleasantly prophetic. It put me off fortune cookies for years. But my sweet tooth finally overpowered my phobia; at many local Chinese restaurants, a fortune cookie is often the only thing resembling dessert.

I was explaining that dilemma to my friends Peter and Jeff over dessert — cold glazed bananas — at the highly unpredictable Max’s Noodles & More, the three-month-old polyethnic restaurant at 17th and Main. Max’s doles out the ubiquitous cellophane-wrapped fortune cookies at the end of the meal, but there is at least one dessert offering each night, though the restaurant’s charismatic chef-owner Max Chao (who operates the place with his sister, Kim) didn’t grow up eating them. “I’m Chinese but was born in Korea, and my parents and grandparents ended a meal with a cup of hot tea and a little fruit, an orange or a pear,” Chao says.

He, on the other hand, has more elaborate plans. His menu lists green-tea ice cream, but he hasn’t actually stocked the kitchen with any (“I haven’t found the right product yet,” he says), and he’s much more interested in creating a dessert that fuses Chinese and Jewish delicatessen influences. “I’m going to wrap a piece of cheesecake in a wonton wrapper and deep-fry it,” he says, pulling on the baseball cap he wears. “Sounds delicious, huh?”

Well, maybe. Chao is at his best when he allows himself to be more adventurous in the kitchen, which doesn’t happen as frequently as you might think. Admittedly, the fare he serves at his namesake restaurant is light-years removed from the traditional Chinese-American dishes he once prepared at his former restaurant, the New Peking. But it still lacks the inventiveness and distinctive style that one finds at the Blue Koi, the city’s hippest noodle emporium.

Still, Chao’s new venture has the potential to create a culinary niche all its own — once he feels confident enough to let his own personality and talent take over and expand a limited menu that’s currently neither fish nor fowl. There are several Chinese entrées, a few Korean dishes, a Thai curry creation and one Vietnamese pho bowl. (A couple of undistinguished Chinese-American menu items — chow mein and lo mein — are hardly worth talking about.)

But unpredictability is the magic word at Max’s, and just as I was ready to dismiss all the Chinese-American stuff, I fooled around and fell in love with the most homespun of them all, Springfield Cashew Chicken. I must confess that I’ve never eaten this famous dish in Springfield, Missouri (where it was invented in 1963 at the now-closed Leong’s Tea House) — but then again, neither has Chao. I’ve read enough about Leong’s recipe to guess what it should taste like, but the many local incarnations of the dish have all been nearly inedible.

Chao’s version, relatively faithful to Leong’s original concept, is sublime: slices of chicken breast dipped in rice batter and flash-fried until golden and crispy, then heaped with broccoli, chopped scallions and toasted cashews, and drenched with brown garlic sauce.

Chao uses the same airy batter for his calamari appetizer, which looks like amber-colored balloons on the verge of floating up off the plate. He uses baby squid as the base for these crunchy puffs, but they melt on the tongue as if they were hollow or, as my friend Jeff said, “calamari doughnuts.” Another fried delicacy, aged tofu (which isn’t actually fermented here, despite the name) is equally delicious; quivering cubes of milky tofu are dipped in rice flour and tossed in the frying pan until they have a lovely crusty surface. They’re not very interesting nude but can be tastefully dressed up with either a chili-vinegar sauce or a soy-garlic concoction.

The ingredients in the thick spring rolls — pink shrimp, pork, carrot sticks and rice noodles — nearly burst out of their translucent rice-paper wrappers. The vegetarian pot stickers, wrapped in a light pastry envelope, taste deceptively meaty thanks to a nicely seasoned filling of dried mushrooms and tofu.

You can order a half-and-half sampler of Chao’s two kinds of kim chi, that potently hot, fermented Korean cabbage: a fiery Korean version (marinated for a week in garlic, chili paste, salt and fish sauce) or a sweeter American variation, made more quickly with domestic cabbage, vinegar, garlic, chilies and sugar. Both versions are delicious, but the serving is stingy for the price.

I tried to talk Peter, a vegetarian, out of ordering Buddha’s Feast, the only tofu dinner on the menu. I had sampled it on a previous visit and thought it a gloppy, unappetizing mess swimming in brown sauce. Being stubborn, he ordered it anyway, only to push it away after a few bites. “Salty and completely uninteresting,” he said prissily. “Thank God I ordered those pot stickers, or I’d be starving.” He then took several sips of the soy-based beverage he’d been drinking throughout dinner, a foamy, cream-colored milkshake listed on the menu as “Soy Bean Drink.” That was enough of a turnoff for me, but Peter was game. “This is really something else,” he said. “It tastes very … earthy.”

Jeff was wiping the sweat from his brow and gulping down water after his first few bites of Szechwan scallops, tender under a crispy crust and floating in a tomato-based sauce liberally seasoned with sugar and chilies. “It’s so hot!” Jeff gasped. I stuck my fork into one of the scallops and took a bite myself. I didn’t find it so incendiary, but then again, I’m not from Omaha.

I had one of Chao’s specialties that night, a marinated Chinese-style pork chop, pan-fried and glazed with that tiresome glossy-brown oyster sauce. In a word, blah. I finished it off in three bites. If I hadn’t eaten all those appetizers (not to mention the delightful glazed bananas for dessert), I might have had to make an après-dinner stop at the Town Topic Diner right around the corner.

Happily, I had a much more satisfying dinner two nights later, when I ordered one of Chao’s six noodle dishes (served in beautiful pottery bowls) heaped with slices of Hong Kong-style pot roast, carrots, lotus root and fat mushroom caps. I wish it had been served with accompaniments, like fresh cilantro and chili paste; the beef broth was too bland. Instead, I dumped a lot of the chili-vinegar sauce in the soup to give it a little oomph.

My friend Larry, now on some weird meat-only diet, ordered the Mongolian beef, a generous heap of tender beef slices shiny with a piquant sauce. It looked and tasted extraordinary. At one point he put down his fork and said, “Have you noticed what kind of music they play here?”

Actually, I had. Like everything else at Max’s — the lilac walls, the “bar” with no liquor, the incredibly friendly servers, the real flowers and cloth napkins — the musical soundtrack is completely unpredictable. Instead of wailing Chinese pop singers, Chao’s satellite program, called “Frankie’s Place,” plays lots of Sinatra, Mel Torme, Judy Garland, Dinah Washington, and Edie Gorme.

Larry couldn’t believe he was listening to Gorme singing “Blame It on the Bossa Nova” at an Asian restaurant, and I couldn’t believe I was nibbling from anything as healthy as a plate of fresh strawberries and pineapple for dessert. (I would rather have had deep-fried cheesecake, but Chao hasn’t yet perfected the recipe.) Finally the fortune cookies arrived, in a cellophane wrapper printed with a fat-faced infant wearing a dress and Vice President Dick Cheney’s hairdo. I cracked open the cookie to reveal this inspiring message: “Money and riches will be coming to you.”

I don’t believe in those stupid, printed-by-the-million fortunes, of course. But then again, one never knows. See you at the casino!