The Living Room’s Shearwater is a compelling work-in-progress 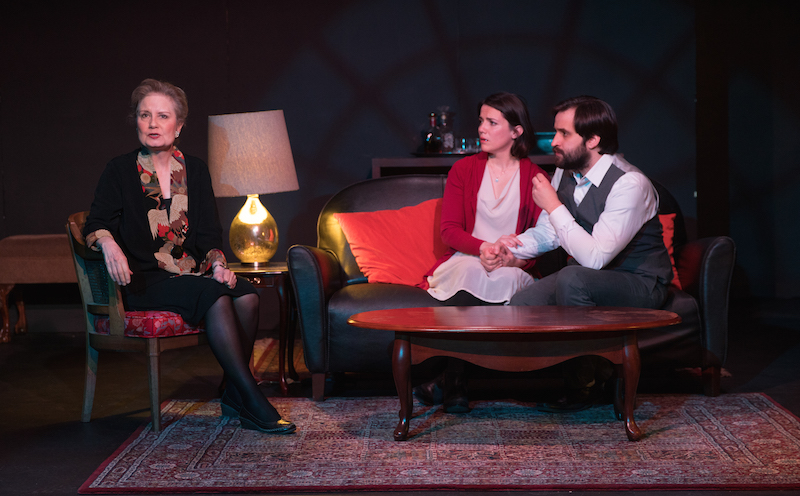 “The only kind of writing is rewriting,” Ernest Hemingway said, and the work-in-progress Shearwater, onstage at the Living Room through Thursday, is a fine example of that ongoing process.

Closing out the Writer’s Den series at the theater, Shearwater is in “workshop” — a state between a staged reading and a full-blown production — according to Living Room artistic director Rusty Sneary. The new play by Victor Wishna, local writer and playwright (and theater reviewer), is not quite ready for prime time but is undergoing revision, a task necessitating audience reaction in real time.

In this two-act show, which takes place in New York City, the talented Wishna expands on themes of art and identity he has touched on in previous, considerably shorter plays (such as The Impressionists, a snippet of a piece at KC’s 2015 Fringe Festival). Like his earlier works, Shearwater is clever: awash in natural dialogue, wit and well-drawn characters. And under the direction of Shawnna Journagan, its three cast members — Peggy Friesen, Ben Auxier and Ellen Kirk — make the story their own.

Scenes shift between the living room of a high-end, elevator-secured apartment — where aspiring author Ben (Auxier) meets with Esther Lindman (Friesen), the widow of a celebrated modern-day artist, to assist with writing projects (to ghost-write, to be exact) — and the kitchen of a modest apartment that Ben shares with his wife, Lizzie (Kirk), a dentist. It’s these two central relationships — Ben and Esther, Ben and Lizzie — that compete throughout for plot dominance. 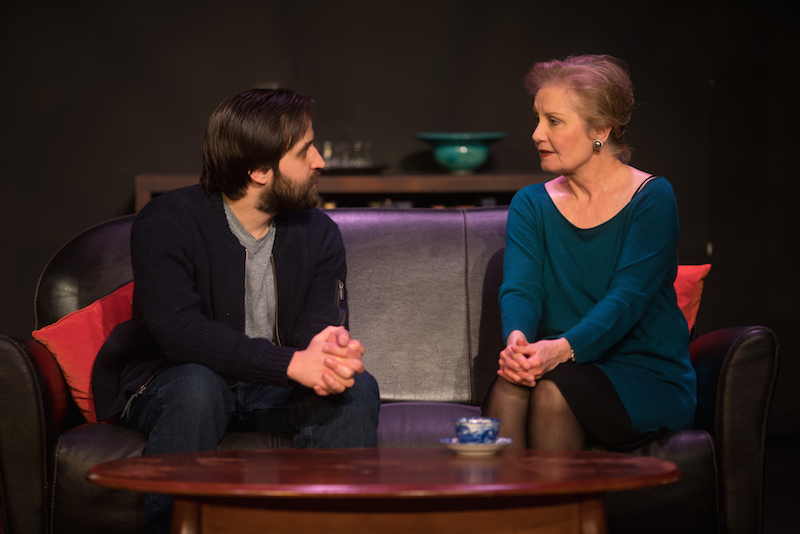 Whose story is Wishna telling? After a long first act, the separate narratives begin to blend (though the method used to merge them feels contrived). The domestic scenes with the young couple are funny, tender, detail-rich — an obsession with cheese, for instance; bits about family planning — but they often surrender to cliché or sentimentality and threaten to overtake what seems central here: Ben’s interactions with the famous, outspoken and self-possessed Esther, whose growing forgetfulness may be a symptom of an underlying condition. Or is it? Wishna makes the proposal, then appears to take it back.

Yet this play and its characters hold us. Friesen’s portrayal is impeccable and precise, her character’s slow revelations drawing us in. (Though her few lines about immigrants, while timely, sound inauthentic.) Auxier, a comic writer and actor, is a pleasure to watch, his nuanced performance infused with humor, sheepishness and sensitivity. And as Lizzie, the buoyant Kirk brings charm and individuality to a more two-dimensional role.

Wishna has a distinct voice, resonant with supple humor and intelligent meanderings. But by Shearwater’s conclusion, I wasn’t quite sure what he wanted to say. “The best writing is rewriting,” E.B. White said, and I look forward to the next iteration of this interesting work. I want to meet up with these characters again and spend real time with them.