The Living Room Theatre will leave the Crossroads after next season 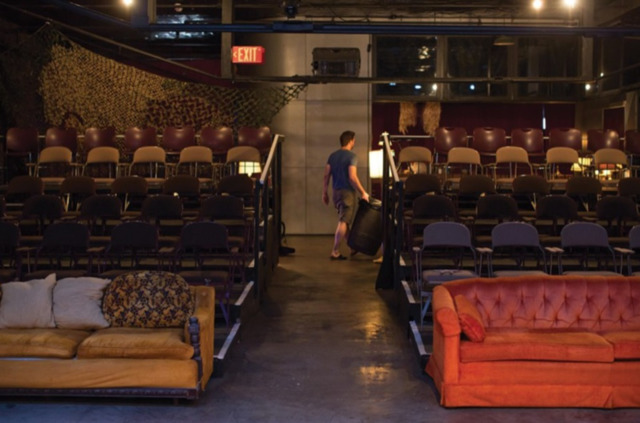 As city leaders debate whether to give $18 million in tax incentives to the developers of a luxury hotel in the Crossroads Arts District, an actual arts organization in the Crossroads announced Wednesday it’s being priced out of the district.

“Full of gratitude for the nine years we’ve spent in our home, we are announcing our tenth and final season at 1818 McGee,” The Living Room Theatre cofounders Shawna Journagan and Rusty Sneary wrote in a letter to the theater’s supporters. “Due to soaring city taxes and rental costs in The Crossroads Arts District we can sadly no longer afford to stay.”

The Living Room Theatre opened in the Crossroads in 2010 with an eye toward attracting younger audiences to local theater — “more indie film, less jazz hands,” as Journagan put it to The Pitch when we profiled the theater in 2014.

But money’s always been tight; they’ve thrown literal rent parties to keep the lights on. “This is a big building,” Sneary said in that 2014 piece. “A lot of costs.”

What’s next? Sneary and Journagan write:

In our tenth year we plan to continue to use the resources we have to focus on education and the development of not only new works but new local theatre companies. We could not have accomplished what we did without such a wonderful creative space and the endless help and dedication from so many talented and experienced professionals in this theatre community. In return we want to share the opportunity we got by inviting in and collaborating with new companies to share our stage.

They also note that they “plan to maintain our 501c3 non-profit status as we explore more opportunities for the future of the company.”

In the meantime, the Living Room’s production of The Ballad of Lefty and Crabbe runs through Sunday.