The Living Room Theatre is going all in on local work: Best of KC 2018 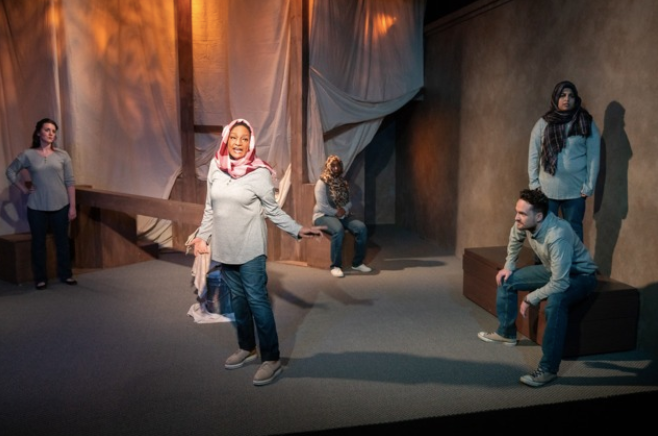 The Living Room Theatre, the quirky Crossroads brainchild of Rusty Sneary and Shawnna Journagan, has always done things a little differently — and we’re not just talking about the velvet couches in lieu of folding chairs. Not long after its inception, the company began a yearly “Writer’s Den” series to promote the work of local playwrights. And Sneary and Journagan have always carved out space in their seasons for full-scale productions of homegrown plays. Last year, the couple made that focus even more explicit: they updated the theater’s mission statement to commit to exclusively producing works “written, performed, and realized” by Kansas City artists. Their eighth season lived up to that promise. In addition to a bigger and better Writer’s Den, the Living Room produced four locally devised world premieres (OK: if we’re nitpicking, one of them was written about Kansas City by a New York-based playwright.) We can’t wait to see what —and who — they’ll produce in the next year.