The Life of Pablo: His bicycle and the generosity of the human spirit 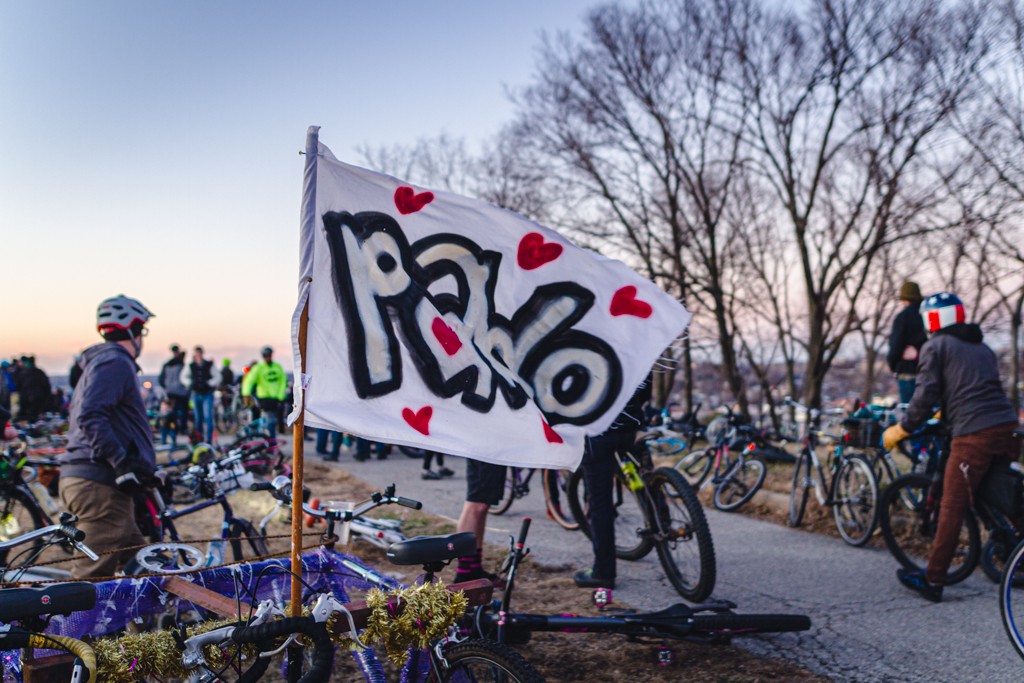 Pablo Sanders Jr. loved riding bicycles. He saw a stranger on a bike and struck up a conversation about her passions. It turned her day around.

The next day, Pablo encountered a different cylcist.

“Hey friend!” he yells out, and rides up to greet him. They discuss the unusual qualities of their bike frames. This leads to longer discussions of their passions, the mysteries of the ocean, the cosmos, and hip hop. The new friend is amazed at how genuinely passionate the remarkable man is. They lose track of time and bike until sunset. While watching the sun descend behind the skyline, they discuss what it means to live for one’s own future.

Soon enough, all the cyclists start meeting at the spot where they met the remarkable man. The gatherings turn into adventures. The adventures, into the community. Community, into progression. The remarkable man, though he would never consider himself as such, brings beer, plays music, shares thoughts, gives hugs, asks opinions, provides resources. Secretly, for those in need, he runs errands and grieves alongside them. He protects others, provides shelter, listens intently and above all, shows grace. These new friends instantly feel like old friends; some can’t even remember how they met. Cast on by the remarkable man, they weave a new network using a new language.

One day, the remarkable man goes to the same spot where he always meets his friends, but instead of a few, it’s everyone he’s ever met. Some are crying, some holding onto each other, some just staring into the sky. He notices stickers and t-shirts with his face on them. He walks through the crowd giving bear hugs. He gets them all laughing and encourages them to dream. A gust of wind and flock of birds deepens his presence. His name blows on a banner above a bike. He reminds people of next Sunday, next Monday, next Friday. His name is still on Facebook invites and inscribed on calendars.

Sanders Jr. would’ve celebrated his 32nd birthday on June 5th. He was that friend you unsuccessfully shamed on social media for carrying on, even during lockdown. You’d see him up to the same shenanigans the next day if you followed his extensively documented life via Facebook or his Instagram stories.

We all remember seeing a number of posts from Sanders Jr. at his favorite place, Buzzard Beach. It was the place I had my first legal drink with my siblings, the place he jokingly called home. If you were out driving, trying to feel a semblance of normalcy after spending seventy days in quarantine, you might catch the familiar sight of Pablo’s white Serrota (his second favorite bike next to the orange and blue beast of a mountain bike he bought two weeks before his accident) head down, shoulders rounded, and hunched over his handlebars as he fought his way up Kansas City’s hills.

Sanders Jr. would still make house calls to his friends. He would still show up to work in clip in biking shoes, covered in a sheen of sweat, his t-shirt sticking to his back, and a pair of homemade cut offs on his legs. He would still be riding around with his Chrome backpack stuffed with a brew or two, heading to The Scout to catch up with friends at sunset, and trying to coax me out to meet another massive group of bike friends whose names I’d inevitably forget.

We’d catch up and he’d tell me about his most recent ride. He would ask me how the folks are as he sips his beer and peers out at the cityscape. He might shrug off my questions — the sort of questions you’d expect your mother to ask you if she hadn’t seen you in a few days. As the night would go on and the mosquitoes would come out in droves, I would give into the urge to get home and to my dog. Pablo would turn to me and  say, “Love you, dude.” In the cover of darkness and watch me walk off to my car.

What Sanders Jr. never realized is that by living his life so freely, courageously, and passionately, he created space for others to do the same. This was apparent at his funeral, which occurred during the harshest winter conditions Kansas City saw all year. The service was standing-room only, and afterwards we took turns pushing each other’s cars out of the snow. At the burial site, we sometimes swapped a distressed car out for its driver and drove through the windy roads as family. I have seen this same familial support at protests in Kansas City recently. His very way of life defied order and oppression, and his network spanned across generations, races, and abilities. We need to remember and honor his spirit now more than ever as we raise together in solidarity with our black family.

I also urge his friends that are now friends of mine, and our family, and those who have been an unbelievable pillar of support – when you think of what Pablo would do, be careful and watch out for one another. In 2018, the number of US cyclist fatalities was 857, the highest number in the last 30 years. In 2019, 14 pedestrians and cyclists in Kansas City lost their lives.

Here’s to spending your next birthday out of lockdown, surrounded by our friends and family, all having a drink in your honor. Until the next time we can get a shot of Jameson and a PBR together.