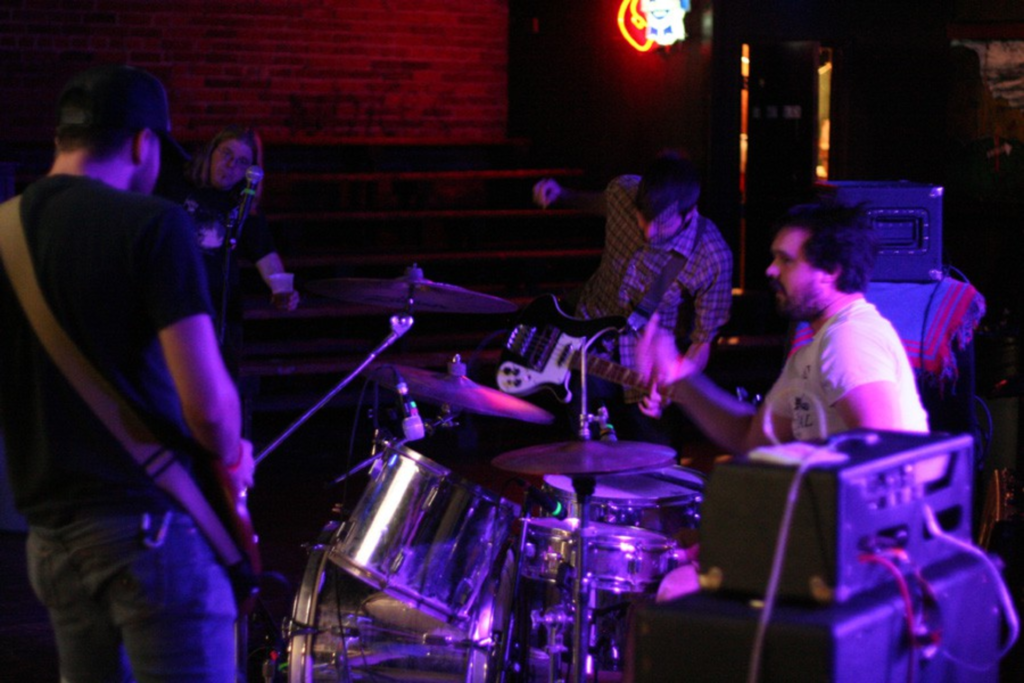 Gnarly Davidson set up on the floor of the Bottleneck and kicked off the final night of Lawrence Field Day Fest in fine form. Nothing jump-starts a night of rock and roll so appropriately as a bassist spewing a plume of cheap beer skyward as the band launches into its first number. Sam Gunnerson’s fountain of Rolling Rock did nothing to dissuade fans from crowding around the trio as they positively pummeled out stoner jams. I’ve yet to figure out a name for any of the songs – Gnarly Davidson has never called any of them by name, and I don’t think it really matters. The band’s sets exist as a whole, and you just accept them as a thing that pulses and grooves in between grinding out chords. Ending the set with a cover of Kiss’ “Strutter” left me with a sense of excitement and wonder about what else was in store for the rest of the night. 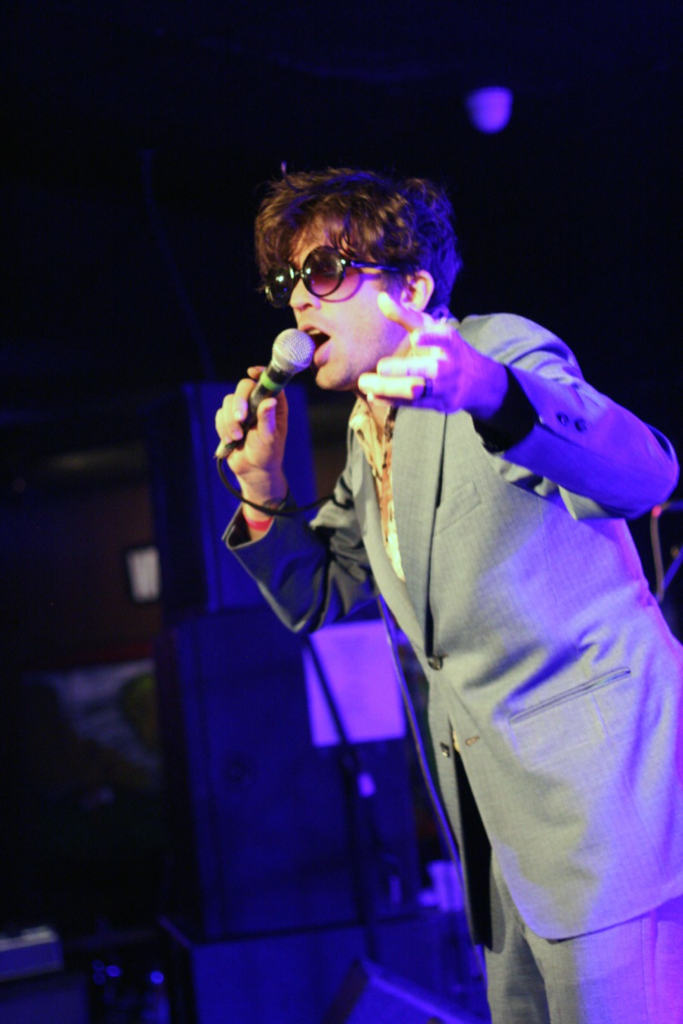 It’s entirely fitting that Rob Gillaspie’s farewell show in Lawrence before taking off to Kansas City was supposed to have his current band, Witch Jail, play. Instead, that was set aside to feature a set from his previous act, Pale Hearts, in a one-off reunion. It’s an appropriately theatrical switch-up. Gillaspie, also known as Scary Manilow, fronted Pale Hearts for a couple of years, but the band seemed to vanish not long after releasing their album, Hollowtown, a year or two ago. It’s a shame, really – their gloomy death rock, especially on songs like “High Plains Disco,” seemed tailor-made for Lawrence, but never caught on the way it should’ve. It’s a damned shame, as the band had the mix of 1980s Factory Records and obscure exotica that still sounded like hit after hit, even when coarsened and roughened by several years off. 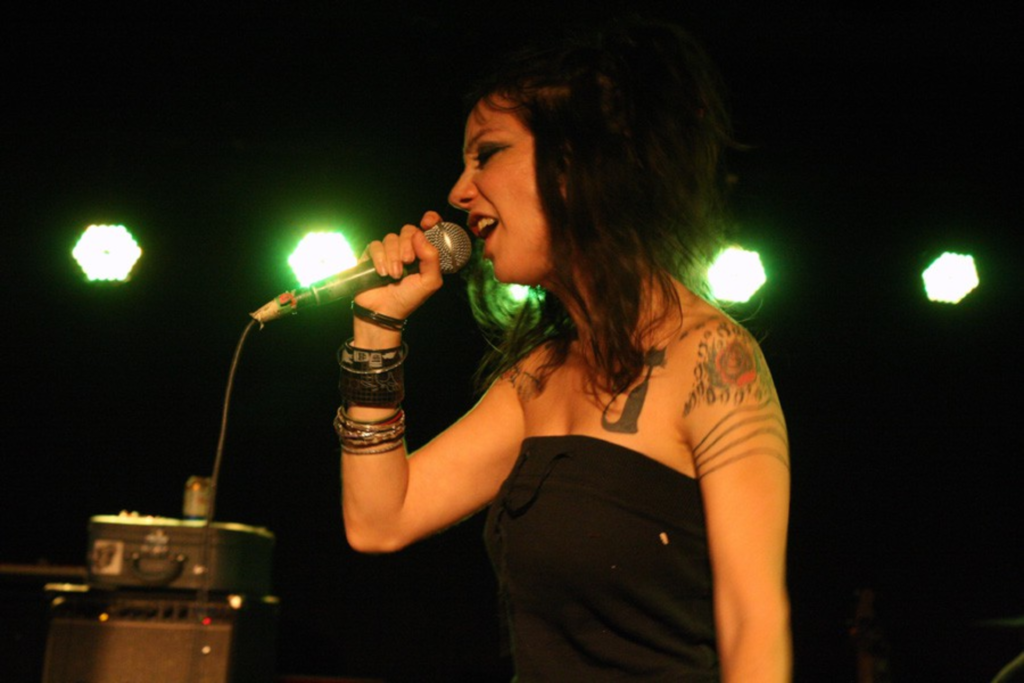 Seconds before the Bad Ideas took the Bottleneck stage, several dozen people magically appeared. The venue had seemed empty, then there was a crowd in front of the stage for some punk rock. Good, I thought. That’s as it should be. The quartet was tight, knocking out number after number with precision. The band only just got back from tour the night before, and the time on the road has only honed the Bad Ideas’ nervous edge. I’ve seen so many acts of this sort go drunkenly awry, which makes the dedication and verve of this band that much more impressive. 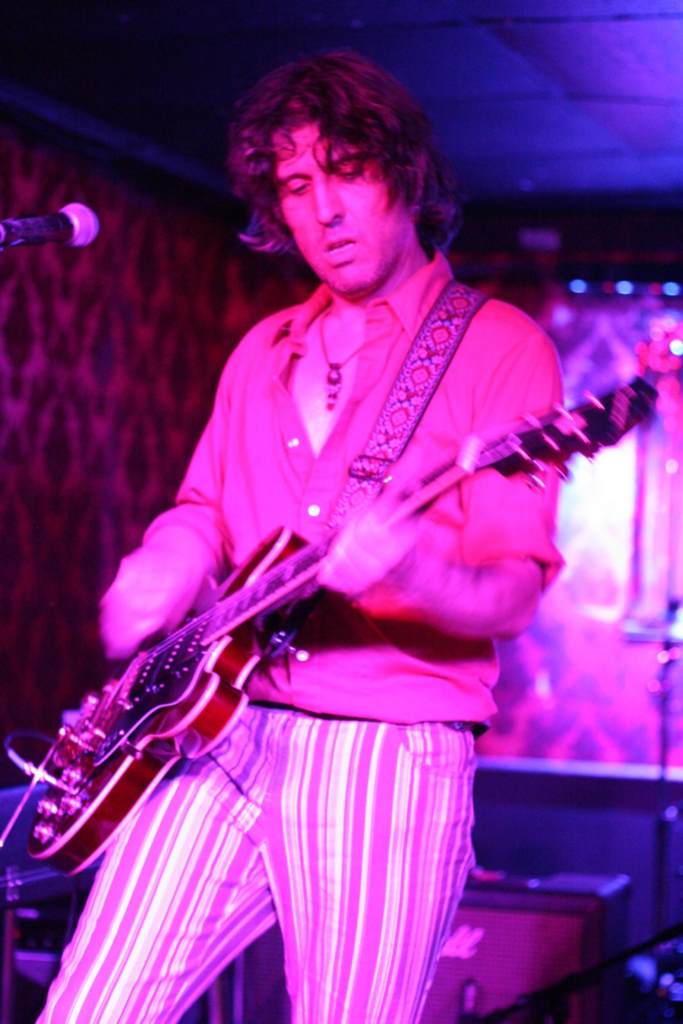 I skipped the back half of the Bad Ideas’ set in order to finally see the Philistines. I’ve been a big fan of everything Cody Wyoming’s ever been in, yet somehow manage to wander into any show the Philistines are on five minutes after they’ve stepped off stage. But finally, I made it – and oh my God, the band is like a roving soul revue meets psychedelic rock. The Philistines are like a capsule of a time in music history when you could hear the 13th Floor Elevators back-to-back with the Supremes, and I’m in goddamn love. This is the band I want to play all my parties. 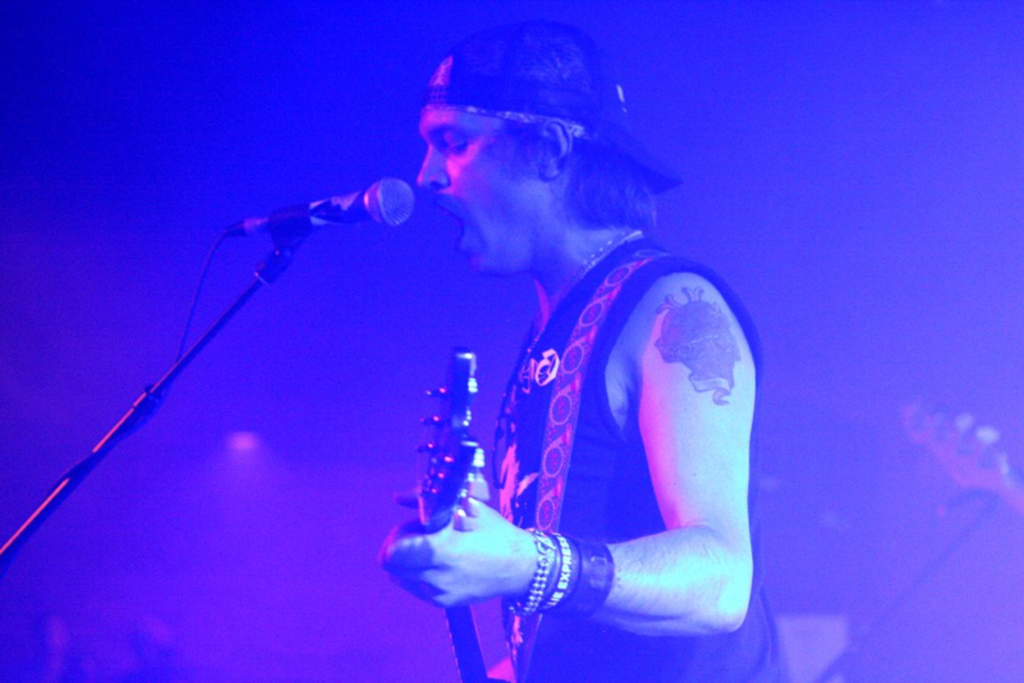 The Josh Berwanger Band is, essentially, at this point, the band I will always go see. Berwanger’s crew can always be counted on to deliver tight, catchy sets, while the power pop will entertain the masses; ultimately, I know I’ll end up having a good time. They might pull out a weird cover or something, but I’m basically seeing them to sing along and have fun – and frankly, since a reliable source of fun is a rarity anymore, I plan on taking advantage of something like the Berwanger Band every time I can. I don’t know what it was Saturday night, but the foursome took songs and revved them up, rocking everything in double-time. The energy level was through the roof, and my foot kept tapping like mad. Here’s to hoping “Cream of Some Young Guy” makes it to recording soon, much as “Oh Bis” did. The band’s best material only exists live right now. 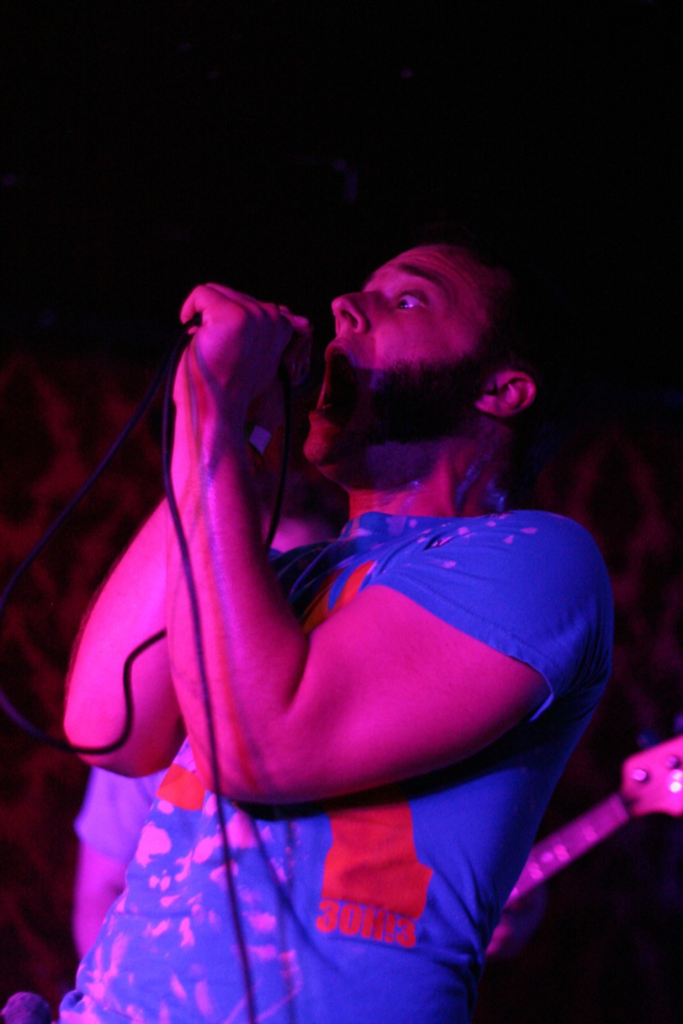 Closing out the night and the festival, Stiff Middle Fingers took the stage and proceeded to lead the audience in a seek-and-destroy mission. My knees and thighs are bruised all to hell from being repeatedly slammed into the stage, people, and possibly a chair that had been dragged into the pit at one point. The band’s punk rock hails back to classic 1980s sounds, and is a mix of originals and covers which all inspire pile-ons and shouted choruses. In addition to original anthems like “Common Cents,” Stiff Middle Fingers throw in covers ranging the gamut: you’re as likely to scream along to Descendents as GG Allin. It was a drunken mess of a crowd that ended the festival, and it was a beaten and shell-shocked writer that’s eagerly awaiting next year’s lineup. 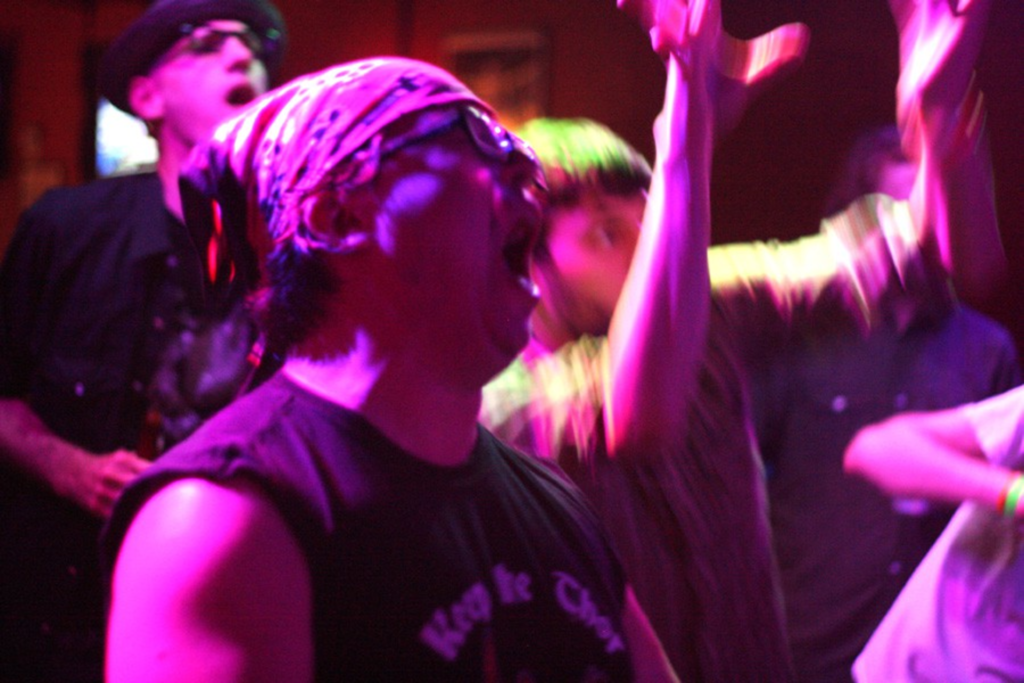