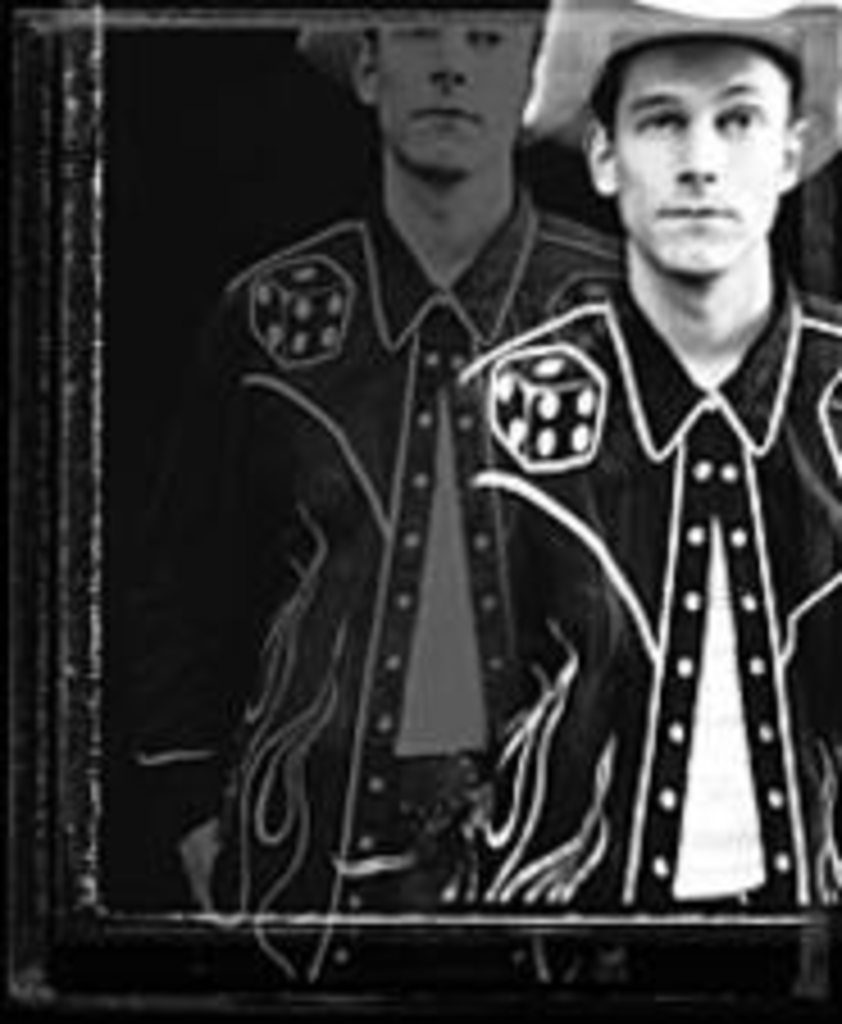 It might be a tall order, but what country music really needs these days is a savior. Somebody who’ll grab Nashville by the nape of its perfectly aligned neck and breathe an old-fashioned, whiskey-tinged kiss of life between the Gucci-wearin’, bottled-water-drinkin’ lips of country music. Shelton Hank Williams III ain’t gonna be that guy. At least that’s what the punk-rockin’, honky-tonkin’, hell-raisin’ and head-bangin’ progeny of two country music legends says. He’s no savior, Hank III, but he knows who damn well might be.

“I know a lot of people who should be the savior of country music, and no one knows who they are, and that’s the shame about it,” he says, reeling off names like Dixie Rose, Wayne “The Train” Hancock, Scott Birum and Johnny Dilks. “People who do it because they love it do it till they can’t do it anymore and then hang it up and start pumping gas again or whatever.”

Besides, what country music really needs are outlaws.

“My simple belief is, there needs to be more outlaws in country music,” Williams says. “Because they’re all dying off, and when they’re all gone, all we got left is pretty, pop, bubble-gum country music.”

His lament isn’t exactly new — outlaws were endangered long before a 1985 George Jones single asked fans to imagine life without ’em and wondered who would fill their shoes — but the kind of ruckus he’s raising is. And though Williams may not be the only one looking for an outlaw, he’s the one cussin’ the most and the loudest, the one who gleefully kicks Curb Records in the balls every chance he gets.

Williams was entrenched in rock and played in a string of punk bands before signing as a country act with Curb in 1996 — a move he made, he says, to make child-support payments and avoid deadbeat-dad-dom.

His self-described “honky-tonk and hate metal” duality is tough to process, most of all for what he calls his “white and uncool and stuck in its own world” record label. Curb Records’ refusal to release his rock album, This Ain’t Country, or drop the material for self-issue pissed off Williams something fierce. So he did what any self-respecting outlaw would do: printed “Fuck Curb” T-shirts and stickers, let every interviewer know exactly what he thought of his label, and urged fans to record his live shows and circulate the bootlegs.

Williams says his battle with Curb comes down to creative freedom, and he’s fighting on two fronts. His country incarnation is, well, twangy, his delivery a nasal, scratchy, draw-every-stray-dog-in-a-twelve-block-radius sound that’s also down-home sweet and honest as can be. Country music, he says, “don’t need to be so pretty.” He adds, “It don’t need to be so clean … not everybody wants to see a perfect human being.” It’s the kind of music that recent converts to the church of country music thank the good Lord for casting out of Nashville, and Williams’ second Curb release, 2002’s Lovesick Broke & Driftin, is full of it. Two of the song titles include the word whiskey, and the acts of ramblin’, walkin’, lovin’, driftin’ and callin’ appear in others.

Williams’ rock side ain’t even close to country. His bass playing for the savage metal supergroup Superjoint Ritual, led by Pantera frontman Phil Anselmo, couldn’t be any further from Nashville. It has been a monumental struggle to convince his label to back his musical allegiance to both country and metal.

“It’s not rocket science,” he says. “You got a way to do a rock and a country thing, and then you got a fucking Bible-thumpin’ bastard who doesn’t know how to do it.”

“I’ll never be able to be myself on that record label,” Williams says. “He wants me to be Hank Williams, and I’m like, ‘Sorry, man, he’s dead and gone.'”

“I’m just doing what I do,” he says. “So what if it’s one extreme to the other? Some people are just old fucks who don’t understand it, and they’re not supposed to.”

This Ain’t Country will be released, but not by Curb Records. And the material that’s been backlogged by the feud will likely be spread over two or three albums. Williams has been in DIY mode, putting out a trio of hand-signed, tagged and numbered rock bootlegs. Fans gobbled up the first run of 1,000 and the second of 2,000, and each album has topped $300 on Ebay. Williams is now in the throes of what he calls “The Jekyll and Hyde Tour,” devoting the first hour of his shows to hard-ass country and western and the second hour to hard-ass rock and roll.

Deep as his rock tendencies run, Williams says his country side would have emerged eventually, even without child support to pay.

“You get old very quick in the rock world,” he says. “If I hadn’t had a judge telling me you can’t make money in rock and roll, I would have burned out and retired by playing country.”

As it stands, he’s not thinking about being a guy who just might crack country music across the ass and save it from Barbie and Ken.

“Hell, no,” he says. “I live day by day, and whatever happens, happens. I don’t expect to be the country savior.”

Well, what the hell are folks gonna say when Shelton Hank Williams III is 6 feet under?

“Aw, shit. I don’t know. ‘He was too stoned to be silly.’ Or, ‘He was a little off. Not down the middle, not politically correct,'” he says before pausing, then deciding just how he wants it: “‘Hardworking motherfucker.’ They can put that on my tombstone.”