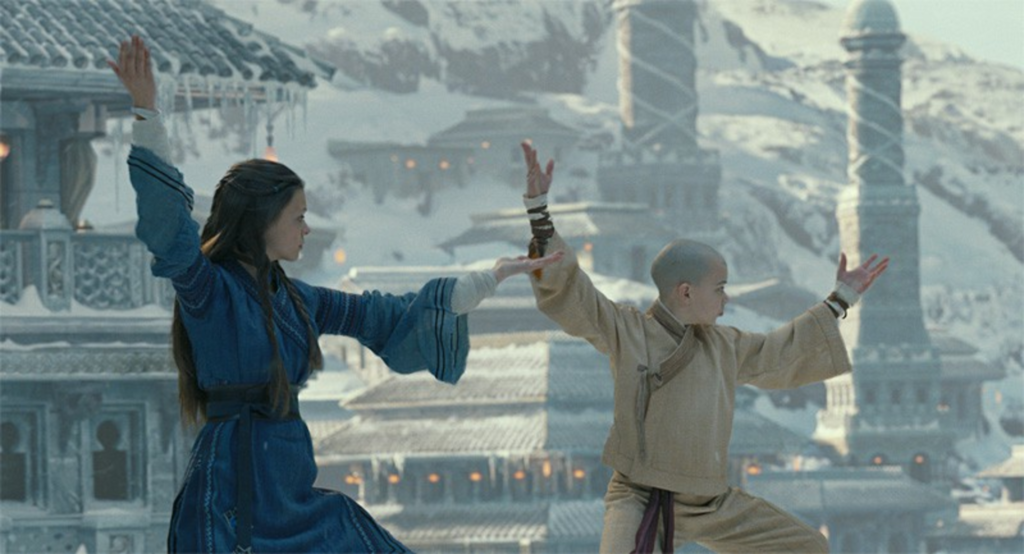 While the message boards continue to fume with charges of racism aimed at writer-director M. Night Shyamalan for changing cartoon characters from Asian to Caucasian (except for the villains), let’s pursue a less arguable crime: that of lousy filmmaking. Adapted from a Nickelodeon cartoon about a young boy who’s part Luke Skywalker, part Neo and all heroic hodgepodge, this is one muddled attempt at franchise making: confusing, drab, sluggish (ugly, too, if you’re forced to see it in 3-D). Aang (Noah Ringer) is the boy savior who disappeared 100 years ago and took with him the power to, ya know, bend air — which is to say, manufacture poorly computer-generated gusts of wind after performing what appears to be capoeira. Aang was frozen, somehow, in a ball of ice beneath a pond. In his absence, the Firebenders (led by Daily Show correspondent Aasif Mandvi as the main — and hilarious — baddie) have seized control of the planet and banished the Earthbenders and Waterbenders to ghettos. Aang, naturally, will liberate them if he can just learn how to use the Force or the Matrix or something. Perhaps followers of the series will be more forgiving; this installment, with a sequel-teasing final scene that feels desperate, is written entirely in fanboy shorthand. But to those who lose patience quickly with blurry, poorly acted, clunky kung-fu movies, The Last Airbender appears to have been shot using stereo instructions. Worse still: This could have been directed by anyone. Or no one.