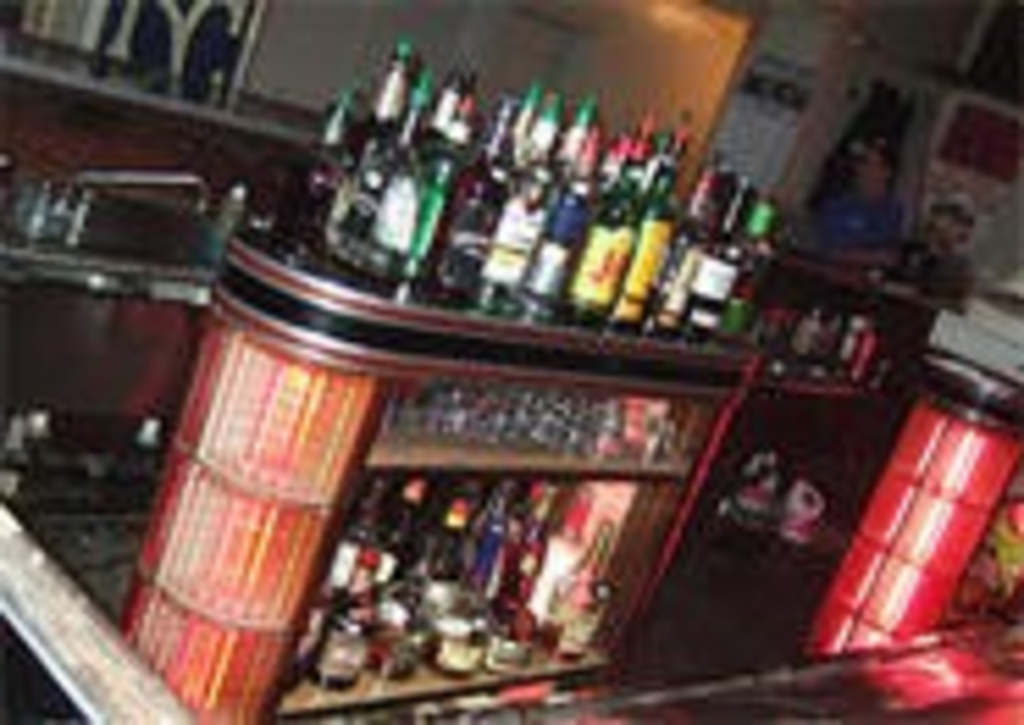 In this week’s episode of “Better Know a Neighborhood Through a Bar Tour” (to crib from Stephen Colbert), we found ourselves checking out the Historic Northeast. After drinking in a log cabin and dancing with a couple of older ladies to Prince’s “Pussy Control,” we wondered why it took so long for us to get out there.

While growing up in the southern KC suburbs, our only exposure to the Northeast was an eighth-grade field trip to the Kansas City Museum and Planetarium, where we were more concerned with catching the attention of our junior high crush than with anything city-related — or science-related, for that matter.

Now, in the course of trekking to visit friends who have bought homes in the Northeast, we’ve become enamored of the area’s gorgeous stone-pillared front porches, diverse population and plethora of ethnic markets and restaurants. It’s kind of a rough version of Washington, D.C.’s Adams-Morgan neighborhood, and we hope that it will become a destination, like 39th Street.

On a recent Saturday night, we rounded up Research Assistants Kym, Julianne and Nathan and started at one of their favorite places: Karen’s Kozy Cabin. As its name implies, Karen’s occupies a small log cabin near the corner of Van Brunt and St. John. White letters that spell out the bar’s name hang askew over the front door. A remodel last summer got rid of a horseshoe-shaped bar, and the place is positively spacious now. The interior walls are covered in wood planks that have been painted yellow. We realized quickly that drinking in a log cabin is almost as exotic as drinking in a bar shaped like a pirate ship or a giant shoe, which we long to do.

We stepped up to the cash-only bar and ordered a $5 margarita and $2.50 Bud bottles. Our RAs started chatting with the 15 or so friendly regulars, and that’s how we met Teri, an older woman with short cropped hair and a red Tony Gonzalez jersey.

“Oh, yeah, we’re dancin’,” were her first words to the Night Ranger. Indeed, she took the NR’s hands and started spinning around. After the quick dance, she commented to Julianne, “See, I can be nice.”

Then we befriended another woman sitting at the bar. Michelle, a pretty, 40-year-old blonde, was clad in a red Priest Holmes jersey. She was also slightly lit. “Oh, you’re so cute!” she gushed. We told her this was our first time at Karen’s. “We’re the best people you’ll meet here,” she slurred.

The friendly factor increased when Julianne went up to the jukebox — which contained a good mix of stuff, including locals Kelley Hunt and the Rainmakers — and chose Justin Timberlake’s “Sexy Back.” A woman named Bonnie, who sported a red sweater and cropped blond hair and had been dancing for most of the night, got up again and urged us to shake it with her. Julianne’s steps included the faux-licking-of-fingers-rubbing-of-nipples move and a quasi-chair dance.

The aforementioned “Pussy Control” followed, which caused Michelle’s friend Ray to exclaim, “Yeah! That’s my song!” After that ended, Bonnie announced to all of us: “I’m 51 years old, and I love you.” Then she walked back to her seat at the bar. Also at the bar was the eponymous Karen herself. A stylish 67-year-old, whippet-thin blonde, she was sporting a black top and pants, which she paired with a red suede jacket and red heels. She told us that the building has been there for about 75 years and used to house Jerry’s Log Cabin before she bought it about four years ago.

“I love my little bar,” she said. She was born in the neighborhood and has lived there all her life. “It’s not the best, but I’m sticking it out. I’ll be here the rest of my life, I’m sure,” she continued. “I’ve been a bartender for 40 years, baby. All I am is a bartender.”

We asked if she’d met some interesting people. “Well, I met you tonight,” she answered. All together now: Awww.

We finished our drinks, but before we moved on, we stopped in to use the facilities. That’s when we discovered that the men’s room was decorated with centerfolds. “Vaginas and everything,” RA Nathan confirmed for us.

We left the vagfest behind and drove down the street to Tom’s Bigger Jigger. As we walked in, we spotted some old friends: Ray and Michelle. “Heeeyyy! You’re fucking hot!” she said as they followed us in. However, Ray and Michelle mysteriously disappeared. RA Kym noted that it just added to the place’s vague David Lynch feel.

With a name like the Bigger Jigger, we expected a dark, dank, windowless hole. So when we walked in and spotted the beautiful Art Deco bar and the white tin ceiling, we were stunned. The inside of the Jigger is painted a light gray, and bright-yellow chairs give the place a shine. The horseshoe-shaped bar is made of heavy glass blocks and topped with a black counter. Around the bar are black bar stools with metal fluted pedestals. Behind the bar, two smaller Art Deco shelves, lit with pink neon lights, held bottles of liquor.

Bartender Rob was proficient in mixing drinks. Our vodka tonics and margaritas were excellent. (Our total for four drinks, including two Buds, was $11.50.) As we sat at a table and drank, a couple of guys in white tank tops played pool, and a small cluster of regulars sat at the end of the bar. They, too, were pretty cool. Jill and her husband, Joe, whose wedding anniversary coincides with Elvis’ birthday, actually met at the Jigger. They were hanging out with two friends, 48-year-old Tami and Cathy.

“Call her irregular, then,” Joe quipped.

We stayed until last call, and as we picked up to leave, Tami sidled over. She had seen the Night Ranger pop some mints from a container that resembled a prescription bottle. “They’re just mints,” she called out to the crew. Sorry to disappoint — the only thing we suffered from that night was beer breath.

And cabin fever —in a good way.