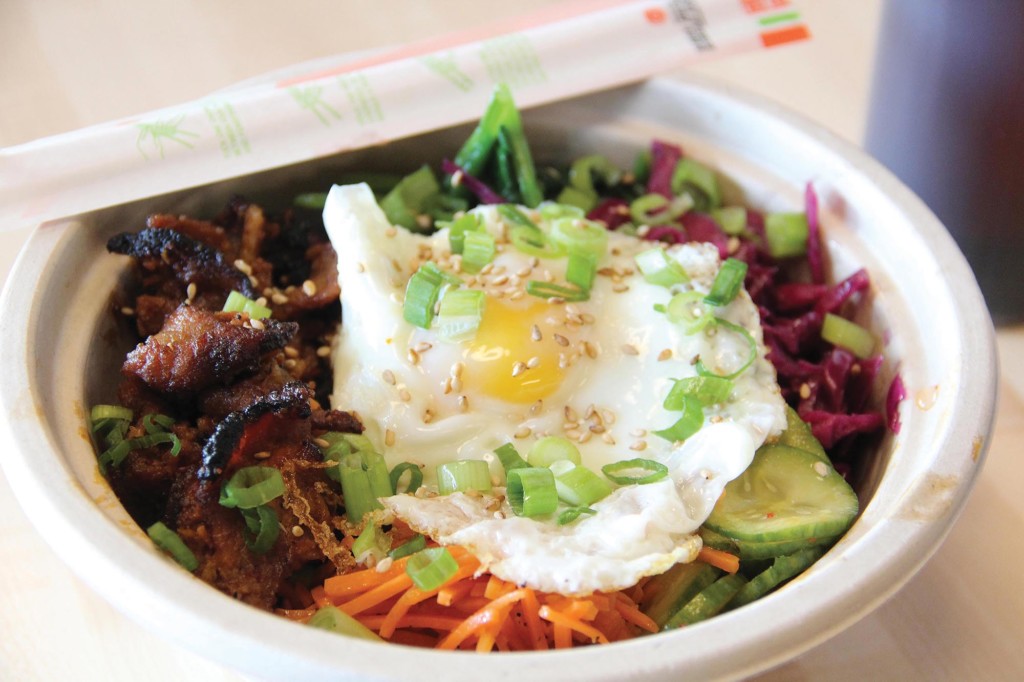 The Kansas City area, it must be acknowledged, is not a destination for Korean food. We know this. But things change. And lately the local options for sampling one of the world’s great cuisines have improved a bit — maybe even a lot. Slowly but steadily, there are more Korean restaurants in the metro, and the quality of the food at those places is trending up (and beyond bibimbap and kimchi). We spent the last month wandering around looking for the finest Korean barbecue, crispy pancakes, and tteok in the city, from Overland Park to the Crossroads. Here are our picks.

KoKoDak is the only restaurant in the metro that specializes in Korean fried chicken, and the fare at this fast-casual OP joint is crunchy, juicy, piping-hot, and delicious. It’s also affordable and highly modifiable. You can get a whole or half chicken, boneless nuggets, wings, drums, or a number of configurations thereof. You can eat it unadorned, or you can choose a sauce. For the latter, try the traditional Korean; it’s made with lightly spicy and sweet gochujang chili paste, garlic, and apple cider vinegar. KoKoDak also offers a variety of other Korean favorites, including kimari (deep fried seaweed rolls), cheese buldak (spicy chicken coated in cheese), and kimchi fried rice. Pro tip: It takes about 20 minutes to fry up your chicken, so be ready to wait a bit, or call ahead. 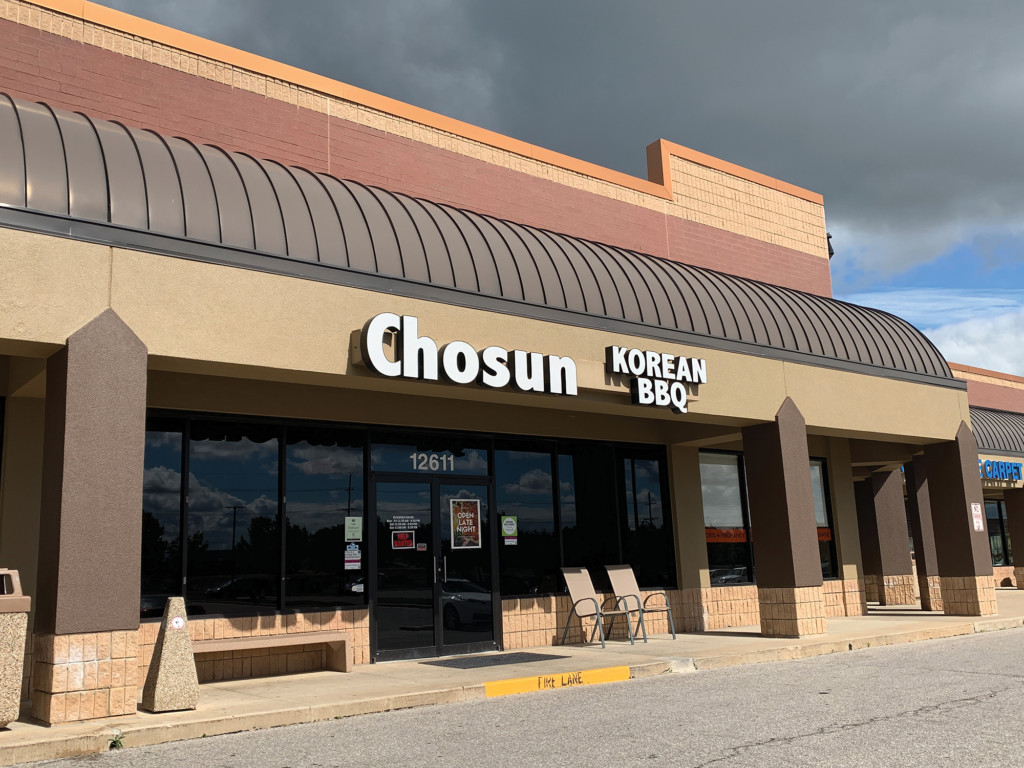 Meat’s the star of the show at Chosun Korean BBQ, whether it’s tangy marinated bulgogi beef, the rich-and-thinly-sliced pork belly, or the spicy chili pork shoulder. Much of it you’ll grill yourself at your own table, which makes the trip to Chosun a particularly rewarding experience if you’re dining with a large group. (Service staff will help with the process if you desire). Also on the menu: enormous seafood hotpots, delicate dumplings, fried fish, and cold noodles.

Come and stay a while at Sobahn, a family-style restaurant in a Mission strip mall where the dishes are Seoul-influenced and made to order. Here, you’ll find several rich stews (yes, made to order), including a very good beef stew with dumplings and chewy rice cakes (tteok mandu guk). Koreans love their proteins, and standouts at Sobahn include the spicy pork (jaeyuk bokkeum) and hand-sliced short ribs (tang golbi). But Sobahn is also pretty vegetarian friendly, offering crispy kimchi pancakes (kimchi jun), a chilled version of bibimbap with loads of vegetables (bibim guksoo), and deep-fried tofu in a sweet chili glaze (yangyum tegim dubu). 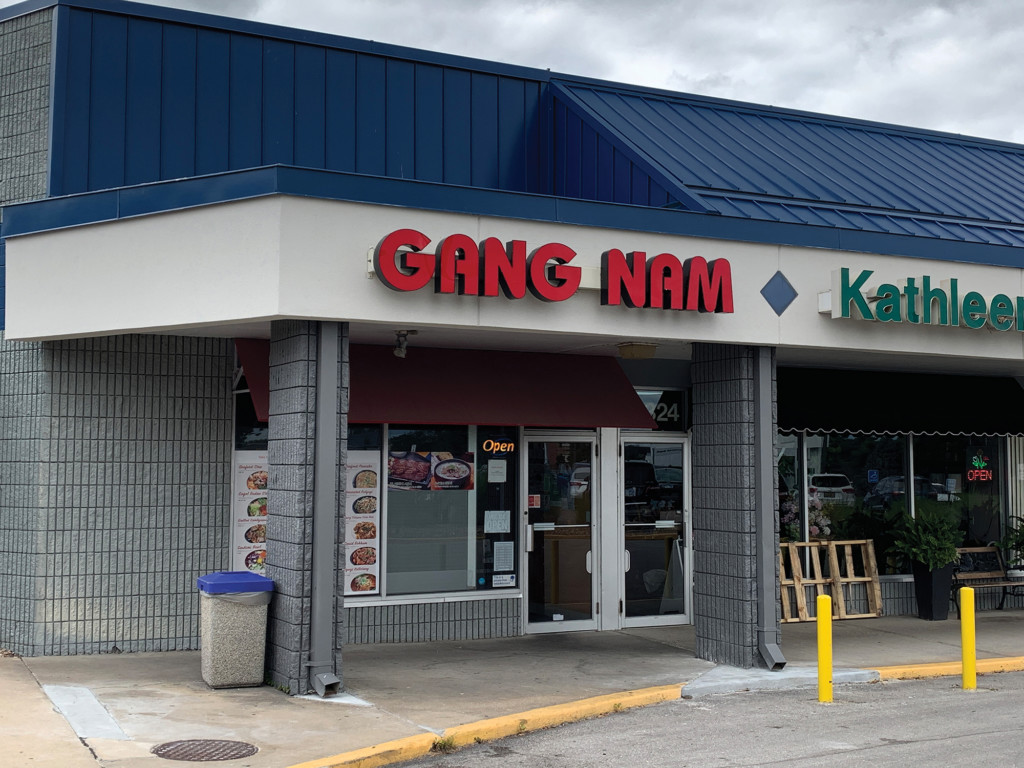 Visit Gangnam for its cozy dining room, homestyle cooking and authentic touches, including stainless steel water cups and soju selection. Be sure to try the luscious beef stews and the crispy seafood pancakes (haemool pajun), which come loaded with shrimp and squid.

Perhaps not surprisingly, given its downtown address, Kobi-Q has the sleekest dining space of any of the metro’s Korean establishments. The bar is elegant and wooden, and natural light pours in through the skylights. And the food largely lives up to the ambiance. Kobi-Q’s menu features about as many Japanese specialties (sushi, tonkatsu, tempura) as it does Korean, but the Korean comfort food dishes are especially excellent. A favorite is the spicy grilled pork with chili paste, chewy rice cakes, and vegetables. The Korean-fried chicken wings are just as good, though. One more: the traditional Korean barbecue beef, which comes with the choice of either ribeye bulgogi or soy- and pear-marinated short ribs. 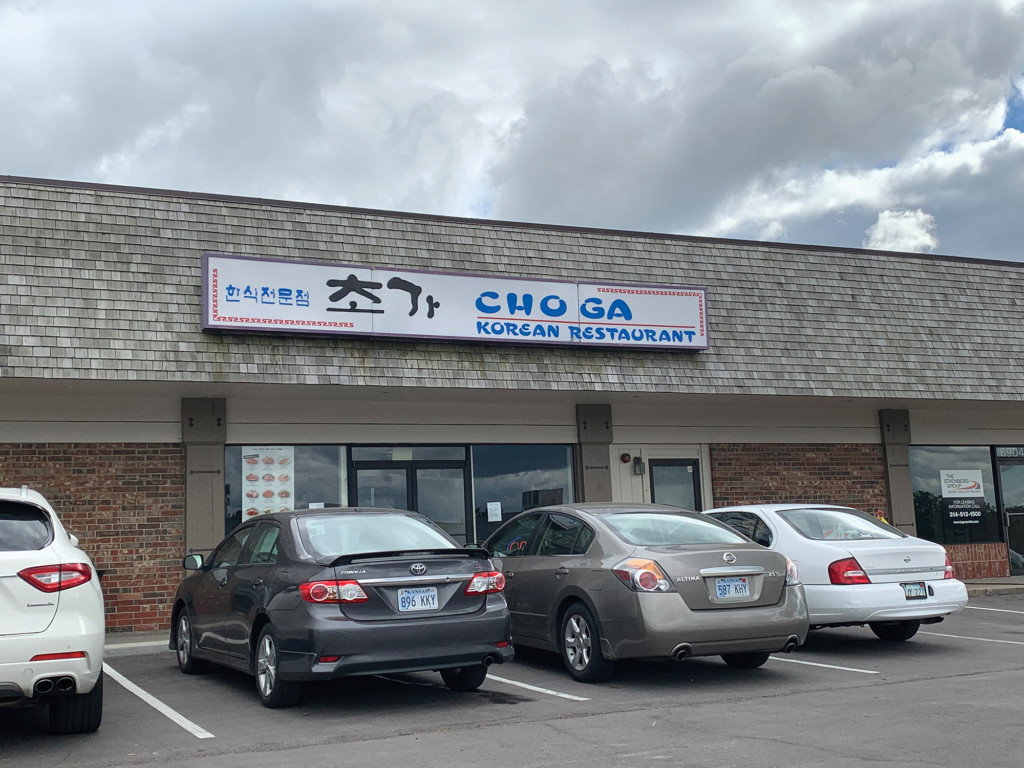 As far as we know, Choga has the distinction of being the only Korean restaurant in the KC area that offers an all-you-can-eat barbecue option. Tell ‘em you’re there for it, and the hosts will seat you at a special table equipped with a recessed grill at its center. Every half hour for two hours, your table can request two different proteins. Go for the pork belly, marinated short ribs, spicy pork, and shrimp (there are more options), and cook as much as you like. (Banchan, the traditional assortment of pickled accompaniments, comes included). For a quicker — and cheaper — experience, opt for made-to order options off the menu, including the spicy stir-fried octopus or the excellent sweet short ribs (LA galbi).