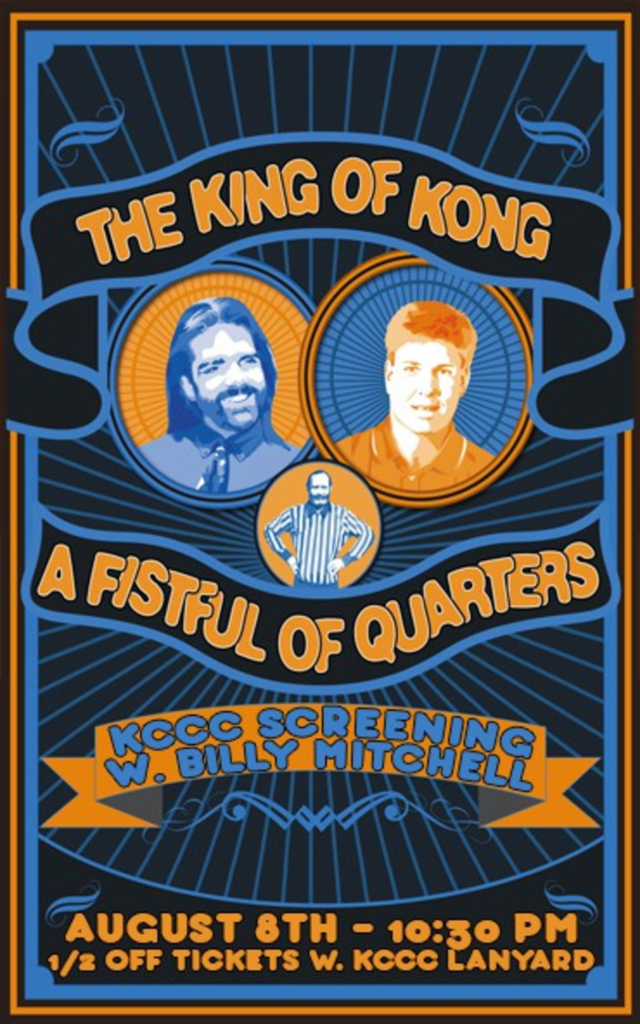 Billy Mitchell is not an underdog. He was the standard bearer of classic arcade gaming — the champion Donkey Kong player featured in 2007 documentary, The King of Kong: A Fistful of Quarters.

Mitchell, with his dark mullet, beard and American flag tie, is a winner in the world of arcade gaming. Saturday night, he’ll be at Screenland Armour (408 Armour Rd., North Kansas City) for a showing of King of Kong and a Q&A after the showing.

The screening is set for 10:30 p.m. Saturday, August 8. Tickets cost $8 but are half-off with a Kansas City Comic-Con ticket stub.

Hopefully, Mitchell will be wearing his American flag tie.