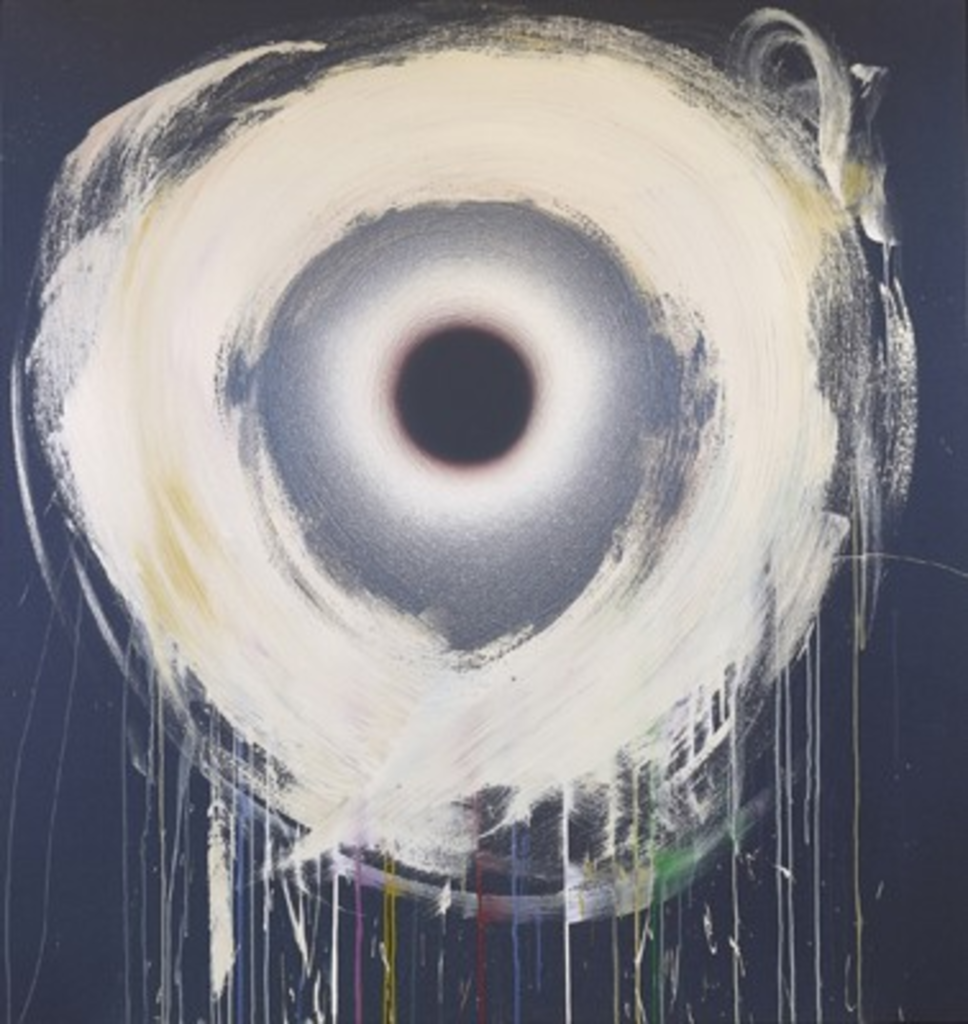 Walking through Dan Christensen‘s Forty Years of Painting exhibition at the Kemper Museum of Contemporary Art, you note certain things. The painter’s “Lisa’s Red,” from 1971, stacks up as one of his finest works and shows the museum’s eye for quality. And though Christensen, who died in 2007, can be said to have followed the crowd when it came to developments in painting, to call him a devoted colorist would be a gross understatement.

A native Nebraskan and graduate of the Kansas City Art Institute, Christensen made his way to New York City in the 1960s to join the rank and file of artists working there. And so the Kemper’s retrospective of his work leads the viewer through the artist’s own journey behind the pack: his early ribbon paintings (made with a spray gun), his plaid series, his heavily gestural works of the 1980s, and his 1990s spot paintings.

Christensen’s dedication to color and painting was always clear; his position in the history of American painting is not. He seemed to lag a hop behind and a step outside the sacred circle of important painters of the past half-century, and a quick check shows that he doesn’t appear in several seminal survey texts on modern art.

But so what? Museums should be places to question the status quo and to reaffirm or re-examine an artist’s body of work. And this exhibition makes sense, given Christensen’s connection to Kansas City and to Nebraska (the exhibition will travel to the Sheldon Museum of Art at the University of Nebraska–Lincoln) as well as his status as a key figure in the Kemper’s permanent collection.

This exhibition interestingly — and perhaps inadvertently — reveals that Christensen, like many artists, was uneven over the course of his career. Some of his paintings are curiously inert, their circles and ribbons flat and merely decorative. But then there are paintings whose intensity radiates off the canvas. Among the latter is 1998’s “Ray,” a bull’s-eye of a painting that shimmers and beguiles. In that work, Christensen handles the paint with gusto. The rough outer circle, with its drips and brushy surface, surrounds an inner black orb that seems to pulsate with an otherworldly effect. Elsewhere, “Atlantic Champagne,” from 1979, is a giant beauty, all frothy white gestures on a raw canvas, and “April Blue” has a delicious neon glow to it.

But it’s the exhibition’s newest pieces in which Christensen breaks free. In these, he revisits those 1960s ribbons of paint, this time making them more substantial and less inhibited. They’re some of his most lively and active paintings, and they show a bright new spark in his work.

“Coach,” from 2003, characterizes Christensen’s animated and liberated paintings of this decade. Curving lines dance through a yellow ground while tiny glyphs of paint punctuate the image. He has cast off the morbid colors that appeared in the 1980s, dull and earthy hues applied with heavily worked paint, which ended up seeming somehow off. By contrast, “Coach” is vivid and spry.

To call these recent paintings celebratory may sound hackneyed, but they are just that. They’re zippy in ways that the other paintings aren’t, and they show a light and fast hand. Untethered from concerns about current styles and trends, the paintings are quirkily and happily independent. They feel youthful and invigorated — paradoxically more so than the 1960s paintings of his youth. It seems that age finally allowed Christensen to paint with the conviction that comes from knowing who you are. This and doing what you love, no matter what, are maturity’s best gifts.