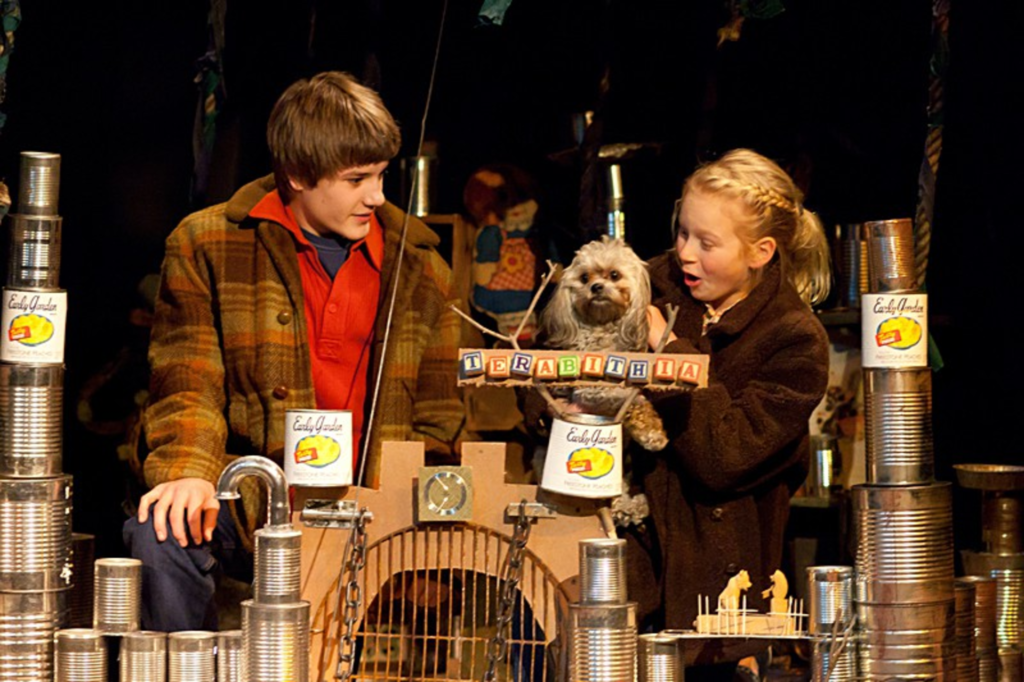 In a basic gray T-shirt, khakis and combat boots, the very fit and close-cropped Marc Wolf could pass for an off-duty military man himself. His stance is alert but at ease, his eyes watchful and luminous — the eyes of a listener.

For three years Wolf listened to 200 people on both sides of the U.S. military’s “don’t ask, don’t tell” policy. In Another American, his Obie Award-winning one-man play, Wolf tells the stories of 18 of these people, verbatim, rightly trusting their words to form a powerful cumulative picture of heartbreaking everyday heroism.

An exceptional shape-shifter, Wolf moves fluidly from effeminate Vietnam veteran to upright career officer to hilariously acerbic elderly lesbian duo, instantly recasting his features, body and voice in extraordinarily vivid and fully inhabited impersonations. Wolf makes each of these characters compelling and sympathetic, even when the views expressed may be at odds with one’s own.

Military people often speak matter-of-factly, sometimes with determined understatement. Their reticence and lack of self-pity when speaking of career ruin, devastating isolation, injustice, humiliation, brutal beatings, and horrifically creative abuse — often tacitly tolerated or approved by authorities — have the power to stun. Yet even those whose lives were damaged beyond comprehension seem here to have somehow retained their decency, dignity, good will and sense of ironic proportion, making their stories surprisingly eloquent.

The stories also can be funny. There’s the retired officer who wryly points out that the military of her day was practically “a lesbian social club,” by unintentional virtue of the policy of discharging women who became married or pregnant. The Mexican-American colonel with the sweet demeanor actually jokes about the piano score of La Cage aux Folles being used as incriminating evidence against him, despite the fact that the charges led to court martial, a savage rape and nine months of imprisonment.

Joe Mantello’s original direction, Jason Lyons’ sharp light and David Van Tieghem’s sound cues help Wolf make split-second jumps between characters. The props are few and symbolically telling: military-issue metal desk and chair, a tiny sound recorder that serves as a constant reminder of the hundreds of hours of interviews conducted (as well as the anonymity and secrecy with which many of the interviews were necessarily held). In the corner stands the production’s one note of color: a large and vibrant American flag. Its presence bears witness to those who served this country with valor, patriotism and honor, and it begs the question why some were rewarded with disgrace and shame simply for being “an other.”

Although “don’t ask, don’t tell” has just been repealed, a difficult period of implementation and transition lies ahead. Uncertain of what the future holds, most gay personnel have yet to declare themselves. The crucial problems of when and how the military will enact the changes necessary to ensure gay service members’ safety and equal status remain to be resolved.

When that happens, Another American will be an invaluable historical document and a remarkable piece of theater. Until then, Marc Wolf honors all Americans by telling the stories of those who dare not yet speak for themselves.

The fifth-grade protagonists of Bridge to Terabithia are also “others.” Jesse is poor and artistic, while Leslie is new in school and the child of bohemian intellectuals who don’t watch TV — an aberration that boggles the minds of her classmates.

The friendship between these two outsiders is at the heart of Katherine Paterson’s Newbery Award-winning novel and of the play she adapted with Stephanie Tolan. Jesse and Leslie create a secret hideout called Terabithia, “a place just for us,” as Leslie says, where they imagine themselves regal and valorous.

Taking the always-risky flyer on a nearly all-child cast, director Jeff Church wins big with the wonderful leads, the personable 14-year-old Marshall Hopkins as the sensitive Jesse and 12-year-old Haley Wolff (an absolute natural) as the spirited Leslie. The rapport and warmth between them and their joy in Terabithia make up the linchpin of this very good production.

Megan Catherine Gross transforms the Coterie into magical spaces. She also produced the paintings that do clever double duty as scenic background and Jesse’s artwork. Ron Megee and Lee Berhorst’s Terabithian palace is an inspired piece of design. Georgianna Buchanan chooses to keep the costumes true to the book’s 1970s time frame, a savvy strategy that evokes waves of parental nostalgia with every flower-sprigged calico maxi dress and ethnic embroidered poncho.

The novel’s arc, in particular its abrupt tragedy, plays out much less effectively in abbreviated play form. In fact, the ending seemed to fly over the heads of the shorter audience members. But the idea of friendship as a refuge, an act of courage, and the magic that turns outsiders into insiders — that shines bright and clear.