The KC Ballet puts every foot onstage for Romeo and Juliet 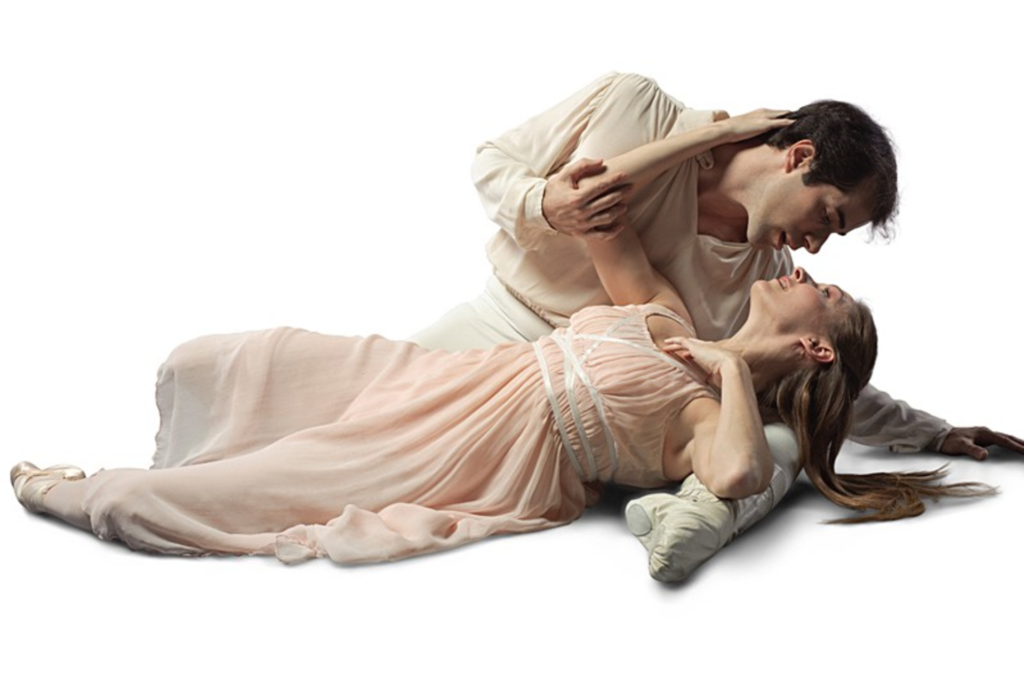 Do your feet bleed?” a child asks.

William Whitener, artistic director of the Kansas City Ballet, chuckles and repeats the question for the rest of the crowd gathered for this Friday-night open rehearsal of Romeo and Juliet.

In response, a ballerina shakes her head, removes one of her slippers and passes it to the little girl, who sniffs it.

“Don’t believe what you saw in Black Swan,” Whitener says. “To dance en pointe requires years of careful tutelage. You don’t just jump into a pair of point shoes and become a dancer.”

He calls one of the dancers over to demonstrate.

Better to remember The Nutcracker. This shouldn’t be a problem for this audience. The people here tonight have been invited because they attended the KC Ballet’s annual Nutcracker production in 2011.

“One of our goals is to introduce people to the array of ballet styles that we do,” Whitener says later in an interview.

For Nutcracker fans, the KC Ballet’s version of Shakespeare’s most famous work shouldn’t be much of a stretch. “The story itself is filled with passion and love and joy and tragedy, miscommunication and all of the elements that Shakespeare dealt with in the telling of this eternal love story,” Whitener says. “You can really get your teeth into it.”

This is the second time in five years that the company has danced Shakespeare’s tragedy, as choreographed by Ib Andersen to the music of Sergei Prokofiev. Members of the Kansas City Symphony provide live accompaniment at each performance.

“Everybody would probably agree that it is one of the most unique and dramatic and moving scores ever written for ballet,” Whitener says. “And Prokofiev’s heart and soul are clearly stated in this work.”

The production requires all 25 of the full-time dance-company members, plus a few student dancers.

“One of the benefits of bringing a successful production back into repertory is the dancers can have another shot at the role,” Whitener says. “Several years later, they’ve matured. And I’m sure there are things they would now like to include in their interpretations.”

Angelina Sansone understudied the role of Juliet in 2008. This time it’s hers — hers and Kimberly Cowen’s, too. Cowen returns to the part in half of the performances. (Also, Luke Luzicka reprises his role as Romeo; the other Romeo is danced by Anthony Krutzkamp.) “I’m very glad I had some of it in my body left over from last time around,” Sansone says. “I’m thrilled and really scared and excited all at the same time. It’s a challenge in itself to hold the character together through three acts.”

Sansone joined the KC Ballet in 2005. This production of Romeo & Juliet marks her first time dancing a lead role in a full-length ballet with the company. Juliet is a role that the tall, blue-eyed ballerina has dreamed of since her early days in a tutu. “I have from the beginning been drawn to the more dramatic parts,” she says.

Andersen, who is artistic director for Ballet Arizona, was able to spend about a week with the KC company last fall. “I wish we had him a little longer,” Sansone says. But the loose, emotionally driven choreography helps her live the role. “Some choreographers, they might choreograph something on every cue, but he didn’t really make it that specific. There’s a lot of freedom in it,” she says.

Translating the fullness of Prokofiev’s music into the dancers’ movements, Andersen incorporates every inch of the stage. The dancers do a lot of running and leaping, as young men cross swords and young lovers chase each other around. “If you have the right emotion,” Sansone says, “the technique just falls into place.”

During the February 3 open rehearsal, Mike Alley, marketing director for the KC Ballet, reported that tickets for each of the seven performances of Romeo & Juliet were selling steadily. “The box office is doing extremely well this season,” Whitener agrees. “There are many people who have seen the ballet this year who might not have in the past, and are discovering the beauty of the art form and the excellence of the productions.”

The opening of the Kauffman and Bolender centers made 2011 a big year for the ballet, and the momentum hasn’t slowed. The company has a dedicated stage in the Kauffman Center for the Performing Arts. And it celebrated the completion of its own long-awaited Bolender Center by offering 100 free dance classes to the public between April and September.

“It’s been an unreal year,” Sansone says. “Dancers don’t get this — two new buildings in our careers? I feel really lucky to be here at this time.”