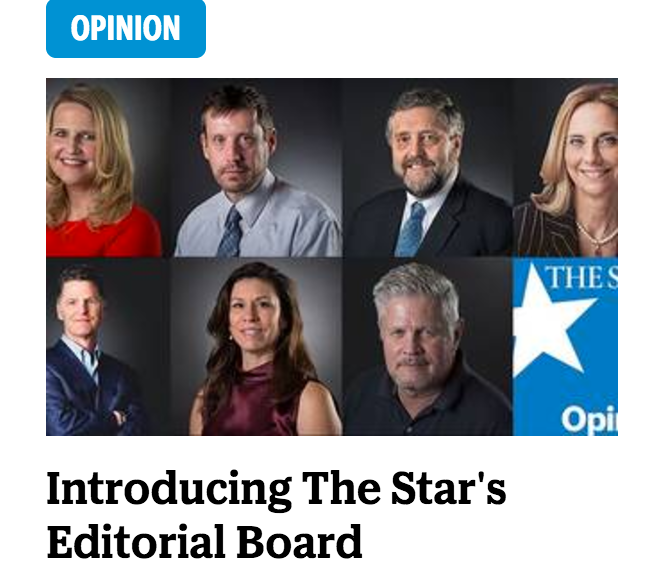 The Kansas City Star‘s new editorial board is off to a lethargic start.

Staff-written editorials resumed in Sunday’s edition, after the purge led by rookie publisher Tony Berg. If Day 1 is a guide, Berg and Colleen McCain Nelson, the new vice president and editorial page editor, are not going to be up to the task of providing a bulwark against Donald Trump.

Headlined “Giving President Trump a chance,” the Jan. 22 editorial asks readers to treat Trump like any candidate who has just won a tough, sometimes divisive campaign but has now pledged to go to work in the spirit of unity and shared ideals. “Like every president before him, Trump deserves a chance to succeed, and Americans should commit to giving him the opportunity to do so,” the editorial states.

Of course, Trump is not like every president before him.

“Give him a chance” would have been a reasonable position for an editorial page to take on Election Night. Sure, Trump was a crude narcissist whose candidacy benefited from racism, an archaic system for choosing the president and overblown concerns about email-server management. But he won under the rules, which at this stage of our republic’s history favor white people living in Big Ten states.

Of course, on Election Night, the Star didn’t have an editorial board. So Sunday, the Star‘s new editorial board just pretended that it was November again. “Giving Trump a chance” simply glides over all of the stupid and terrifying things that have emerged since the election, such as:

Russian interference. A big job for Steve Bannon, a former chairman of Breitbart News. Warnings that the Kremlin may have compromising material on the new president. The cabinet appointments who are unqualified, hostile to their departments’ missions or both. Mike Flynn, shrill Islamophobe. The goddamn Tweeting. Trump’s refusal to divest from his business interests or release his tax returns. The blood-and-soil inaugural address that borrowed from The Dark Night Rises. Using the CIA memorial to fallen agents and contractors as a campaign prop. The insecurity reflected in the lies about the inauguration crowds. 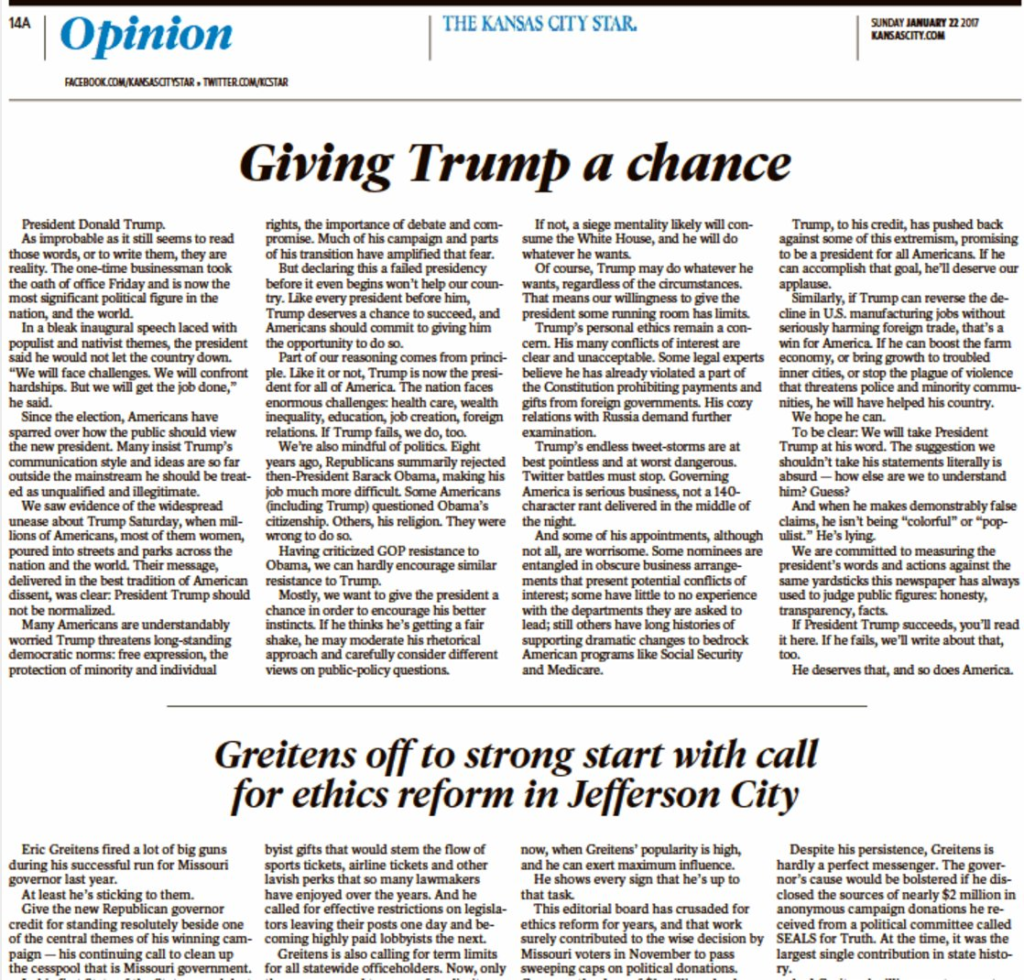 The editorial at least acknowledged the women and men who marched in Washington, Kansas City and other cities and towns on Saturday. “Their message, delivered in the best tradition of American dissent, was clear: President Trump should not be normalized,” the editorial states.

It’s a message McCain Nelson should have considered longer as the deadline to Sunday’s edition approached. Instead, she and Berg decided to push out a mealy-mouthed editorial with a mid-November sell-by date.