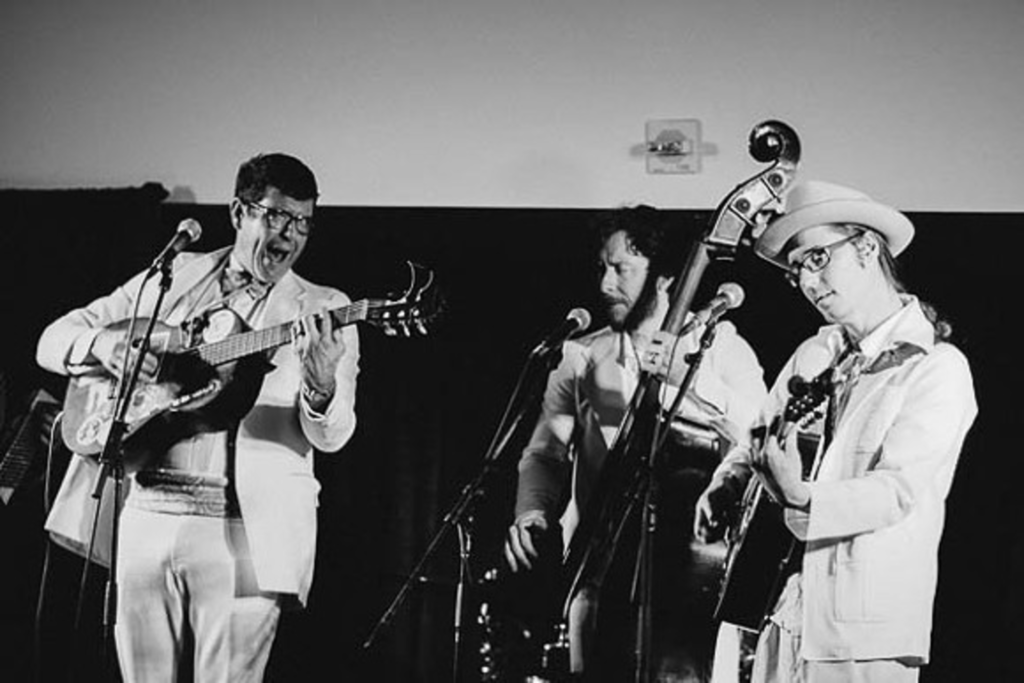 Quinn McCue reminds me of an old-fashioned circus ringleader, with his old-timey auctioneer’s voice and trademark fancy white suit. He’s perfect as the frontman for the somewhat ridiculous band the Kansas City Bear Fighters, which merges roots with a vaudevillian pool hall sound and whose lyrics often turn towards zombies for inspiration (see today’s song du jour for evidence). This is a band so fun that it can inspire dedicated drinking and barroom singalongs in even the most sober of audiences.