The Joker and Claire McCaskill 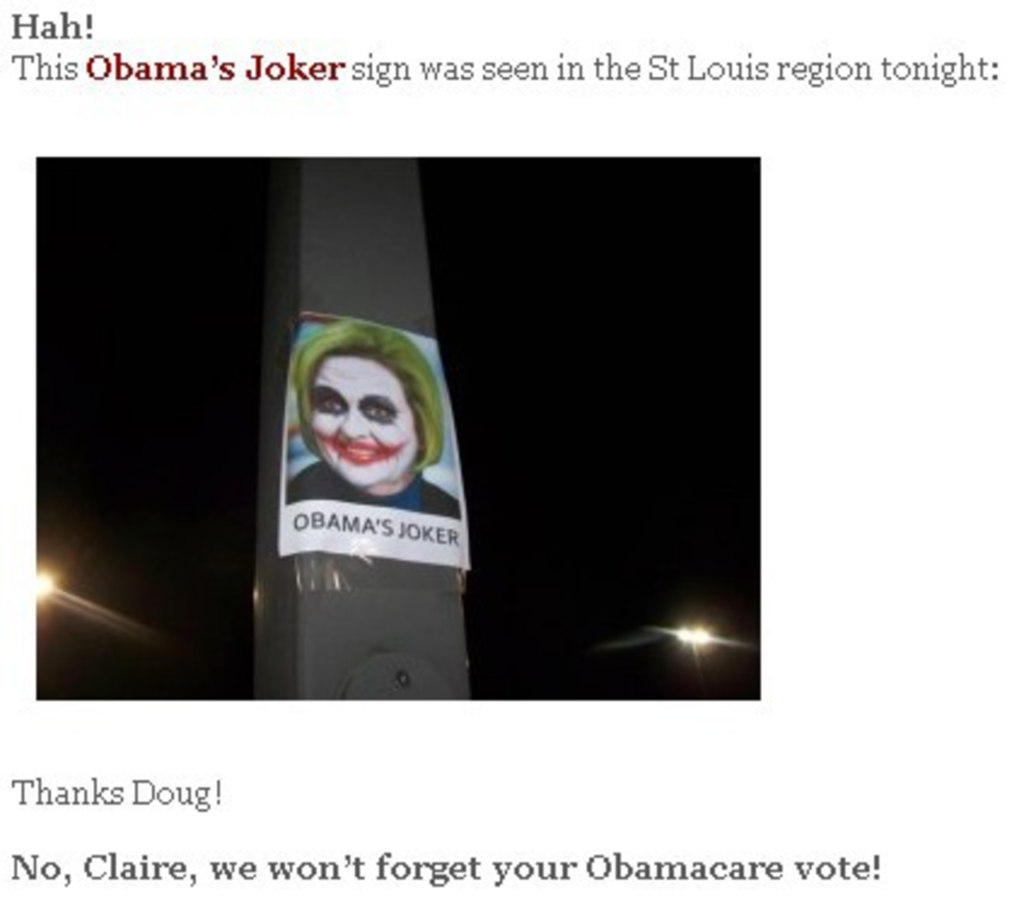 Pitch readers will remember this summer’s vaguely racist Obama-as-Joker meme that showed up on tea-partier posters during the health-care debacle debate when U.S. pols returned to their home districts.

In a blog post at the time of the rallies, Pitch editor C.J. Janovy quoted an academic Washington Post article about the interpretation of Joker face on Obama that concluded:

Obama, like the Joker and like the racial stereotype of the blackman, carries within him an unknowable, volatile and dangerous marker of urban violence, which could erupt at any time. The charge of socialism is secondary to the basic message that Obama can’t be trusted, not because he is a politician, but because he’s black.

But McCaskill? Maybe her vote in favor of health care has angered amateur Photoshoppers into reviving an embarrassing, though iconic, meme.