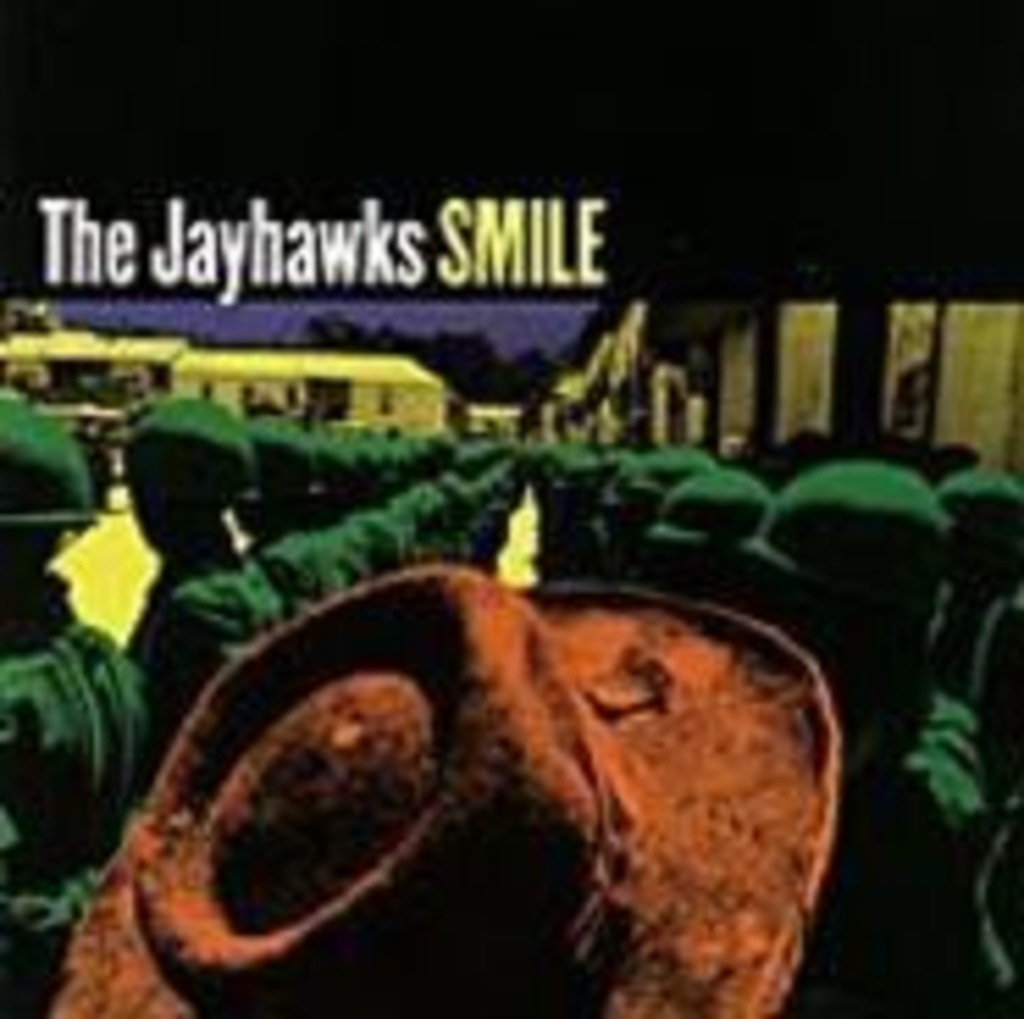 The dirty truth of reviewing music is that all the fun is in playing the hero or the villain. Championing or savaging an album is the autopilot glee of writing about this stuff. But that leaves the noble (or hapless) mediocre acts or discs that can manage a memorable moment or two (good or bad) but aren’t interesting enough to raise a flag about. The Jayhawks, though never an exciting or cutting-edge group, didn’t used to seem like cutout-bin-ready has-beens. But two albums after losing a leader, they continue to flounder with Smile, a work more ingratiating than recommendable. Like all Jayhawks discs, the best songs are shoehorned into the first half. In fact, “Smile,” “Somewhere in Ohio,” and “A Break in the Clouds” are keepers, good enough to put the disc in used-store forbearance. But well before Smile ends, it fades, its experimental and thickly unhurried compositions lumped across the final third. Big Rock producer Bob Ezrin, architect of Lou Reed’s sinister 1973 Berlin and the odd Pink Floyd album (um, The Wall, actually), came aboard to whip the Minnesotans into fighting form. Together, they whittled down 60 songs to these 13. But Smile still sounds more or less like The Jayhawks and is more or less a mediocre album that existing fans will more or less enjoy. It’s not stiff, but it never soars. And unlike other mediocre acts or albums, this failure stings memorably.