The January Lanterns wrap their first full-length album, For the Kids, When They’re Older 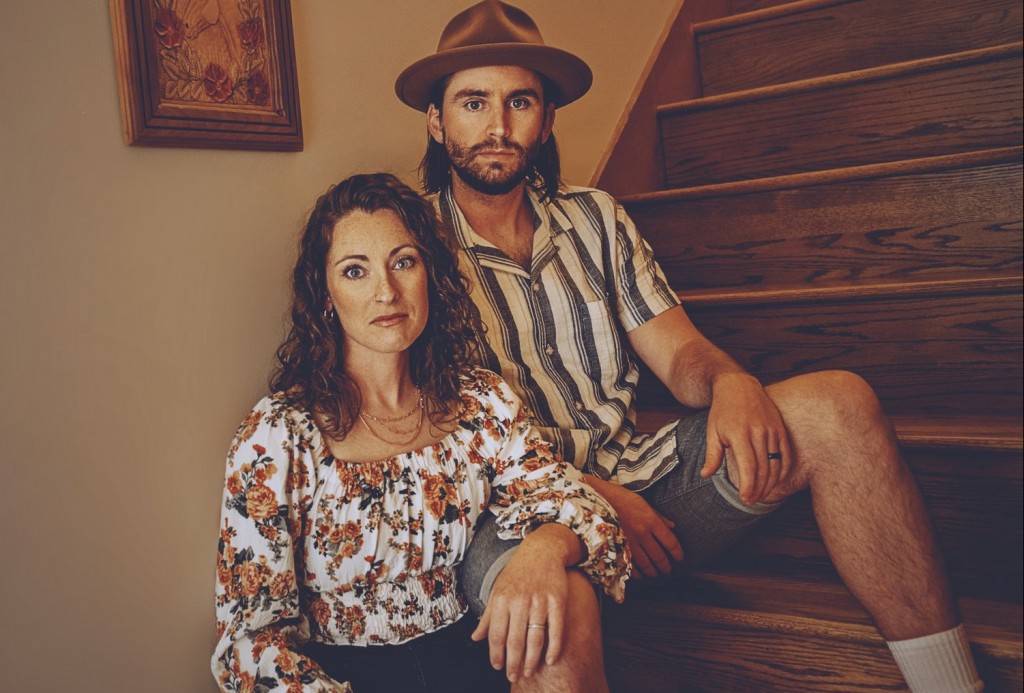 The January Lanterns hails from Columbia, Missouri. This Friday, Jan. 21, they release their debut album For the Kids, When They’re Older.

It’s a continuation of the folk-duo sound the husband-wife pairing of Andrew and Kristen Camp have been honing and refining since 2017, and goes even further afield than one might expect from their first recordings.

We spoke via email with Kristen Camp about the new album.

The Pitch: Obviously, as spouses, it’s easy to see how you came to make music together, but was that also part of what brought you together as a couple?

Kristen Camp: Yes, we have been making music together since we were best friends at the age of 15! We met in high school choir class. We sang in talent shows together and have been cheering each other on in every musical endeavor as we have grown up. Music has always been a part of our relationship. Through it all, even in times of marital hardship, music has been the invisible thread that has helped to hold us together. Music has been the story that we have told for our entire relationship.

The January Lanterns has been releasing music regularly since 2017, but this marks your first full-length. Why did you feel this was the right time to do it?

These songs were written and have been worked over and over again for the past few years. We had originally planned on releasing the album in the fall of 2020, but a few weeks after we recorded all the songs the entire world shut down with the pandemic. We were crushed and at times felt like quitting all together. These songs kept calling to us through it all. We knew we needed to stick it out and release them. So we picked a date in January—because well . . . it’s our namesake, and decided that no matter what happened we would release the album.

Unfortunately, with COVID spiking in our community again, we decided to postpone our planned album release party in Columbia at The Blue Note. We have a new date of March 12th to help celebrate the release of our album. Even so, our album, For the Kids, When They’re Older, will still release on Friday, January 21! We are so excited to finally release it after all this time–even through the current hardships of rescheduling our big celebration.

The album’s title, For the Kids, When They’re Older, feels as though you want this to make a mark and be something lasting.

Everyone wants to be remembered. Everyone wants to leave a legacy. While being parents, we have realized that a lot of our decision-making has been wrapped around the kind of relationship we hope to build with each other and our kids. Finishing the album together as a married couple will hopefully be something the kids can cherish and remember about this time of our family’s life together. The goal isn’t for them to look back and say “ Woah, remember when mom and dad made that album. It was made so well.”

Our hope is for our family to be the type of people who finish things they start and love each other in the process. This album is one of the hooks we can hang that hat on. This is for us; when we’re older. This is for our children; when they’re older. We are “the kids.” Our children are “the kids.” The future generation is “the kids.” This is an album for anyone wanting to tell the stories that will leave a legacy and tell the stories that desperately need to be told.

Over the years, your music has gradually gone from a traditional folk duo to something rather more ornate. Where has that evolution of sound come from?

Andrew loves to push the boundaries of sound. Our big inspiration is Bon Iver–we love how he doesn’t stick to one sound. He is always pushing his original sounds further which is a goal of ours as well. Not being tied to anything in the beginning and letting the decisions happen with as little pressure as possible. We want to make it authentically us—which means our sound will grow and change with us. Andrew likes to differentiate “songwriting” from “sound-writing.”

What was the process of making an album like, as opposed to singles?

For this specific LP our parents helped and watched the kids for a week and we recorded all the songs with our producer, Taylor Webb, who drove up from Austin, Texas. That whole week we woke up early and stayed up late and worked non-stop on our music. It was a busy week of recording and we made some very sweet memories in the process.

One of the bigger challenges was figuring out what the album’s soundscape was going to be. As you can hear by listening through the whole album, we never really land on a sole genre; there are some dusty folk tunes and a couple of pop songs. Some of the songs have a track count teetering close to 100 tracks while “Preacher’s Room” is just three. Knowing when to go big and when to lay low dynamically throughout the album was certainly a piece of the puzzle to figure out.

When and where was the new LP recorded?

We recorded about 80% of the album in January 2020. Andrew continued to send Taylor more tracks periodically ’til around April. A majority of the recording was done in our basement studio! We love our space. It was crafted by my dad and Andrew over the course of a year to make it sound-proof, beautiful, and usable for us. With having young kids we don’t have time to be away at someone else’s studio to record. In our studio, we can make music, have band practices, film video content, and stay close to home with our kids.

You’ve opened for Diamond Rio, and I would absolutely be remiss if I didn’t ask to know more about that show. How did the audience waiting to hear “Meet in the Middle” respond to you two?

We were just a small opening band for them while they made their way through the Midwest. The audience was sweet and kind. We played fun covers and since then have really honed in our “sound” more and more. As someone who grew up listening to Diamond Rio, my favorite part was listening to their show—specifically when they played “Meet in the Middle.”