The Jane Doe Revue comes to KC this weekend 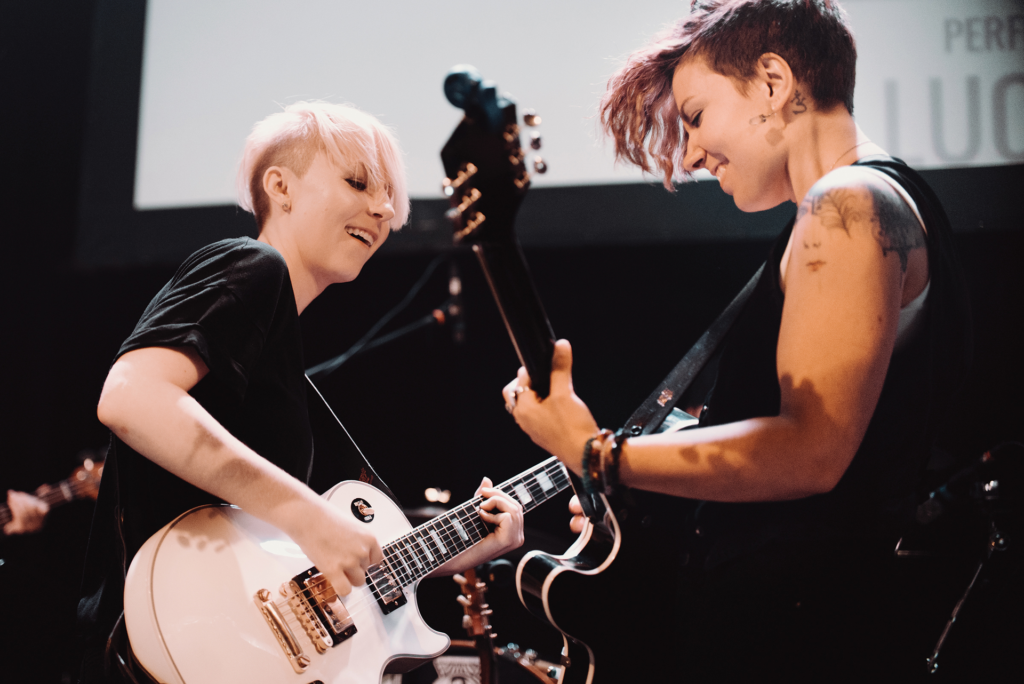 Like an old-school Stax revue, the rotating collective of musicians in the Jane Doe Revue includes a chorus of back-up singers and horn and string sections, in addition to the full rock ‘n roll band. There’s one key difference, though: the lineup is all female, and the musicians whose songs they cover — everything from Etta James on up through Feist — are too.

This “rock orchestra,” as founder Violet Vonder Haar describes it, was formed in 2017 and is based out of Columbia, where Vonder Haar resides. This Saturday, a cast of performers Vonder Haar has assembled will set up at RecordBar for a show benefiting the Midwest Music Foundation, the KC-based organization that helps musicians find healthcare.

“[MMF] is a really important organization that more people — and more musicians — need to know about,” Vonder Haar says. “I also thought that it was fitting, because it started because of a female musician named Abby [Henderson], who couldn’t afford her costs, so the artists in the music community of Kansas City came together to cover some of her costs. That community aspect is a similar vibe to what we’ve accomplished with the Jane Doe Revue.”

As for the show: local musicians, including Mikal Shapiro and Amy Farrand, will be members of the Revue, and the set list will include some classics — ”Respect,” by Aretha Franklin; “Feelin’ Good,” by Nina Simone — but also some newer songs like Kacey Musgraves’ “High Horse.” As it’s grown, the Revue has evolved. In February, Vonder Haar issued a call for talent and held auditions for new singers for this show.

“We wanted to open it up to people that maybe none of us knew,” Vonder Haar says. “Because of that, we ended up including a couple songs we maybe wouldn’t have otherwise. We had one person who auditioned with Adele’s ‘Rumour Has It,’ and I was like, “Yes! Yeah! I wanna do that!’”