The Jackson County assessment debacle is likely about to get worse 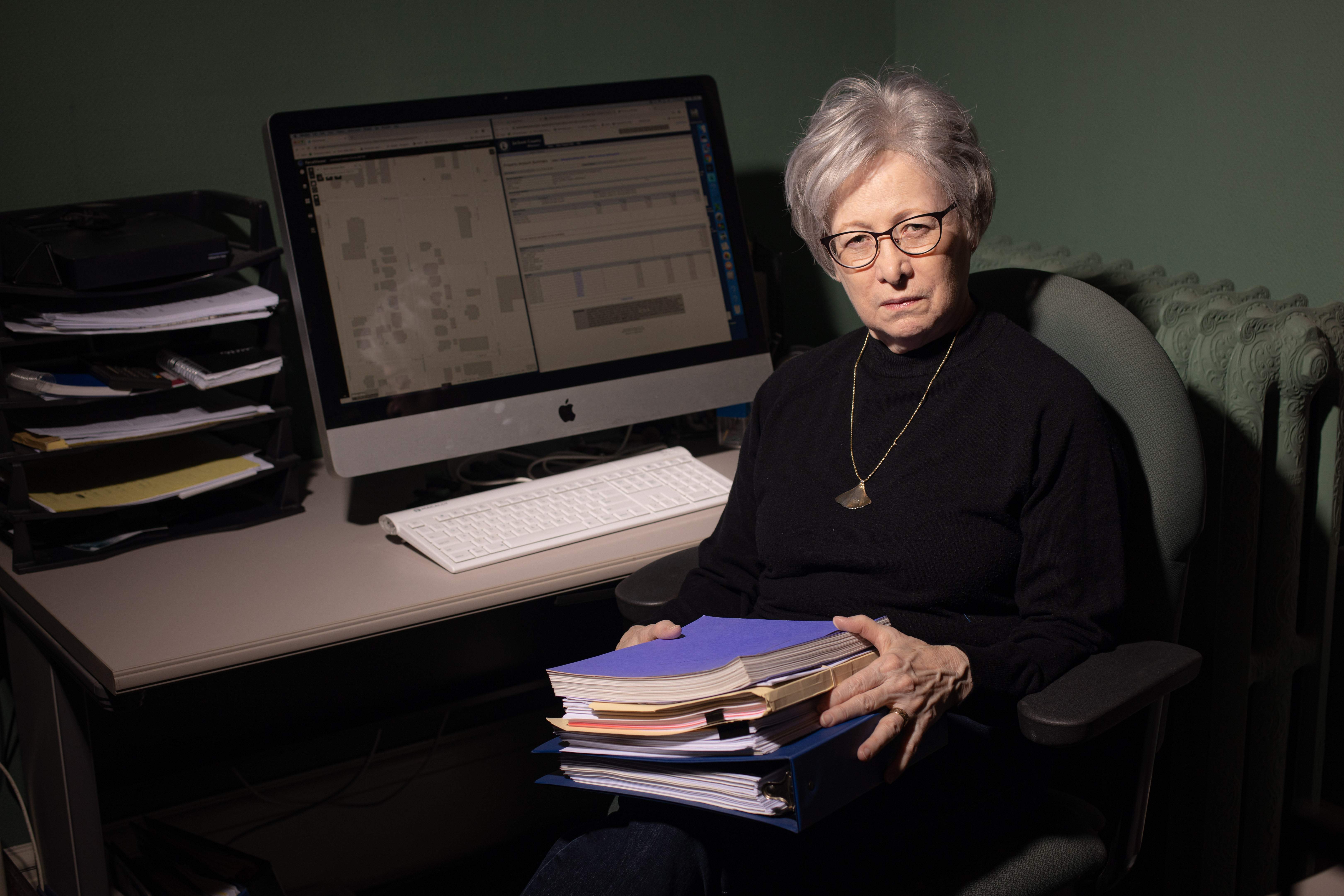 It went on to inform Kansas City resident Christian Cochran that the county had been willing to lower his property tax assessment, which Cochran believed was too high. But Cochran had missed his deadline for signing off on the “stipulated agreement.” So—tough luck—the deal was now off the table.

The new assessment on Cochran’s home in Brookside would cause his property taxes to increase by an estimated 56 percent.

Cochran was dumbfounded. What agreement? Beyond a simple acknowledgment of his appeal, he’d never received a word from Jackson County after he filed both informal and formal contests of his 2019 assessment. He’d met deadlines, paid for an appraisal on his home, and sought estimates on his leaking gutters and damage in his basement—defects he believes the county failed to take into account in its original assessment. Now, in preparation for a hearing he hopes to have before the Board of Equalization—the final arbiter of assessment disputes—Cochran has taken to obsessively photographing defects with his property.

“The process is confusing to me, because I think I’m doing everything I can,” Cochran tells The Pitch. “I don’t know that anybody with less OCD than me would do all this stuff.”

Oh, but many people are. The 2019 Jackson County assessments have turned hundreds of citizens into property valuation sleuths. They’re doing work the county didn’t do and sharing it with their neighbors. Realtors, assessors, and lawyers are helping out, often pro bono. With the exception of some Jackson County legislators and new Kansas City Councilman Brandon Ellington, most public officials have been silent about an assessment cycle that has the potential to destabilize Jackson County’s housing market for months to come.

“The big names are nowhere to be found,” says Stacey Johnson-Cosby, a realtor. “But regular people are looking out for their neighbors, and that’s beautiful.”

A special Missouri legislative committee did summon assessment director Gail McCann Beatty in October to explain the uproar over tax assessments in Jackson County. But the committee took no action after McCann Beatty delivered her stock explanation: Property owners in Jackson County have been getting away with low taxes for many years, and finally some people—specifically herself and County Executive Frank White—have the guts to set the values right.

That’s been the administration’s line ever since tax bill estimates were mailed out in mid-June. The Kansas City Star, which has been curiously supportive of that argument, recently reported on a county analysis showing that a quarter of taxpayers will actually pay less or the same in taxes as a result of the new assessments. That means three-fourths of residential property owners will see increases, but most of those will be raises of 25 percent or less.

But that reassuring broad view ignores the on-the-ground reality that every aspect of Jackson County’s 2019 assessment process is monumentally screwed up. Citizens are finding wild, inexplicable fluctuations in property values on their own blocks. Realtors are saying the assessments ignore recent trends in neighborhoods, like house flipping, gentrification, extensive remodeling, and construction of new infill housing. 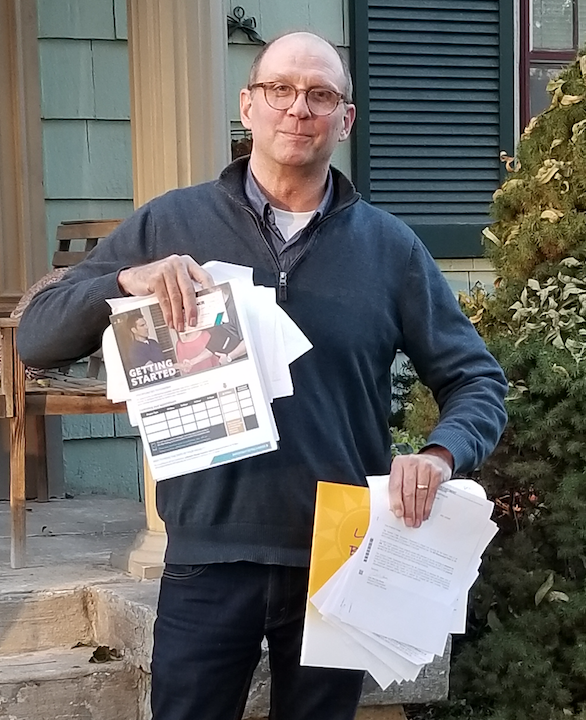 “I don’t know that anybody with less OCD than me would do all this stuff,” Cochran says of the appeals process. // Photo by Barb Shelly.

Besides getting so many values wrong, the county has turned the appeals process into a farce. Johnson-Cosby, who sits on the Board of Equalization as the Center School District’s representative, says many property owners are no-shows for hearings because they receive their notices on or after their scheduled dates.

“Everywhere you turn, this process is just flawed,” she says. “I’ve served on the Board of Equalization for several years, but I’ve never seen anything like this.”

“They’re putting my constituents through hell,” she says. “The onus is 100 percent on the taxpayer to prove how messed up their calculations are.”

Dona Boley is having no trouble coming up with evidence. Boley, a Hyde Park resident, vaulted into action after her assessment went up 45 percent. Along with appealing her own home’s valuation, she compared properties in Hyde Park and other parts of midtown.

Her findings are startling. A property at 3646 Troost Avenue with boarded windows and a paved-over front yard is assessed at $270,597, an inexplicable 439 percent increase over two years ago. Two blocks to the south, at 3811 Troost, a property with an attractive house, screened-in front porch, and grassy lawn is valued at just $65,966.

Those kinds of disparities—and Boley found many—reflect a basic misunderstanding of the midtown housing market, she says in a report she’s put together. “The assessments are not uniform, fair, or reflective of the Troost market,” Boley notes.

Boley has also compiled extensive information on problems in Hyde Park, which some residents are using to contest their assessments. For her research, she tapped the MLS database used by realtors, building permits, county records, and real estate listings on Zillow. She also went out and eyeballed properties. You know: all the stuff the county assessment department neglected to do.

To be fair, this wasn’t Boley’s first rodeo. She also researched problems with assessments in 2005 and 2013. The difference, she said, is that in those years officials actually paid attention to her work. “They were appreciative,” Boley says.

Boley attended a neighborhood meeting in the summer with McCann-Beatty and Hyde Park residents and concluded the assessment director wasn’t listening. “I have no feeling that she’s receptive at all to doing this right,” she says.

All Jackson County property owners are supposed to receive their tax bills by December 1, then pay their taxes in full by the end of the year. But this year many citizens will be seeing their new assessments for the first time on December 1, because thousands of preliminary notices never got delivered during the summer and are stuffed in a room in the Jackson County courthouse that employees call “the vault.” That means even more taxpayers are likely about to notified of major increases in their tax bill.

Williams, for one, dreads the weeks to come. She says some county employees even fear for their safety.

“I think they’re going to be overrun,” Williams says. “It’s the most frustrating thing I’ve ever dealt with.”

Calls are mounting for either White, as county executive, or the Board of Equalization to call a halt to the entire process and go with a placeholder formula for this assessment process. Proposals range from sticking with the status quo to across-the-board increases of 6 percent, 8 percent or 14.9 percent.

White’s administration contends the Board of Equalization doesn’t have the power to enact a broad-based formula. But lawyers from Legal Aid of Western Missouri and the Polsinelli law firm argue that it does.

Johnson-Cosby says she tried to press BOE Chairman Christopher Smith to act at a recent meeting. He threatened to have her escorted from the room.

“I know people out there who are going to lose their houses,” she says. “People are going to panic when they see those bills.”

Johnson-Cosby, who also rents properties, says she fears both homeowners and landlords will walk away from properties if the high assessments stick.

“We’re going to have another housing crisis created solely by an incompetent assessment department,” she says.

How much of a crisis remains to be seen. But Cochran, in Brookside, says he won’t be fixing his gutters or basement if his assessment isn’t adjusted. The money he’d planned to spend on house repairs would go toward paying about $2,500 more a year in property taxes than he does now.

“I’ve been in this house for 21 years,” Cochran says. “We’ve been paying the bills, paying the mortgage, trying to keep up and do the right things.”

Trying to keep up and do the right things. If only Jackson County could say the same.