The inclusion of color 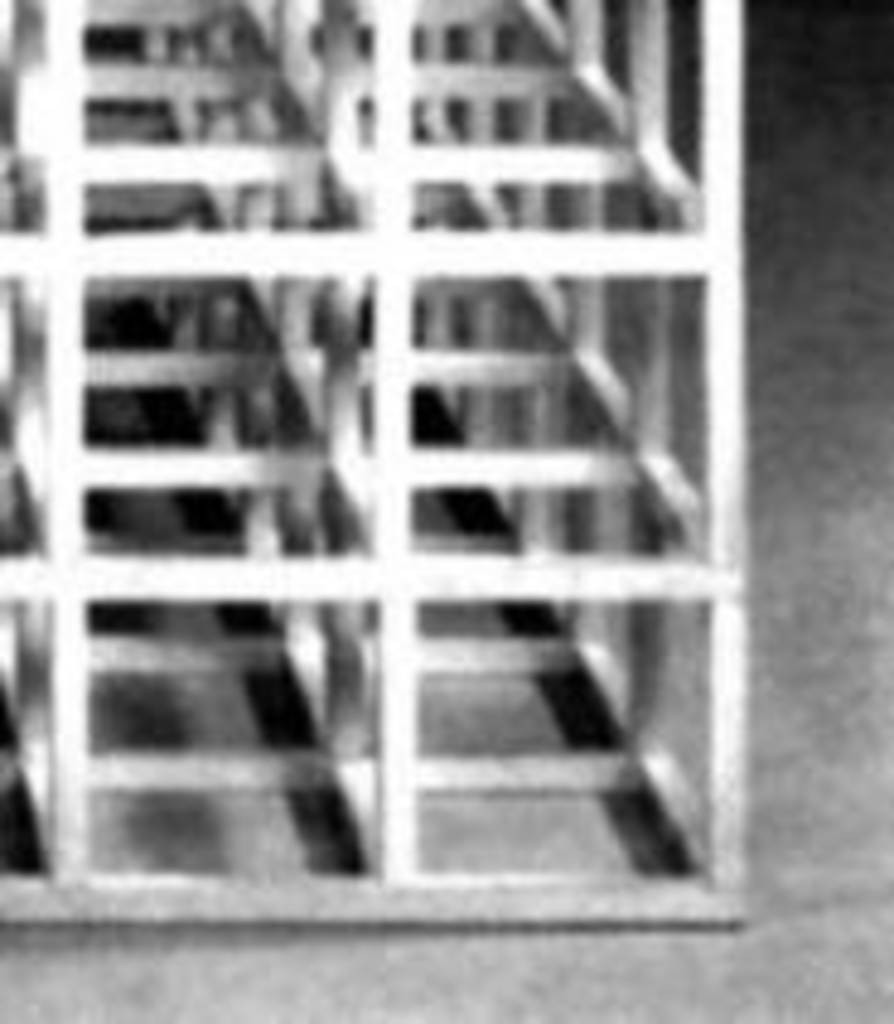 Not all visual arts exhibitions are about an artist. The culmination of a show is, in a simpler sense, an art unto itself, and many times a show is pulled together to present not the vision of an artist but rather the thoughts and ideas of a quiet hand behind the scenes: the curator. Competent curatorship and installation can make or break an exhibition; a strong thesis will relate works not normally associated with one another, and a cohesive flow will pull the viewer in. Similarly, a weak starting point will, sadly, weaken the ties among otherwise strong works. Such is the case with In the Absence of Color, now on view at the Nelson-Atkins Museum of Art.

In the Absence of Color sets out with a lofty, although intriguing, goal: to show the power of art produced in black, white, and grays. To throw up an exhibit featuring these contrasting colors is not a difficult task: There is a plethora of black and white photography and 30-year-old minimalism to harvest from the storage rooms of any sizable institution. The trick is to pull the works together, to tie them with observation and theory until they culminate into one entity: the exhibition. Hence the curator’s deity-like power.

But observation and theory can be slippery. Many a show has occurred in which the artist has attempted to cover up inadequacies in his or her work by presenting a bloated artist’s statement that loses the reader in regurgitated abstract terms and thesaurus-culled words in an effort to intimidate and mock the viewer’s intellect. Proper statements should be approachable and concise. In this regard, the accompanying text of In the Absence of Color is approachable, and before entering the show, the statement feels strong. Seconds later, we discover that the executed project does not reflect the intent.

Turn the first corner upon entering the gallery, and you’ll see that the show features plenty of color. Sure, the color is hushed, but red is not black and yellow is not white (and neither are anywhere close to gray, for that matter). Neil Welliver’s painting “Late Squall” (1984) dominates one wall. It is of a mountain scene painted in pinks, blues, and greens. The painting’s surface is then covered in white dots reminiscent of snow, placing a barrier between the scene and the viewer, and the “snow” does present a nearly impenetrable mesh between the two. The choice to include this dominating painting in the show because of the pervasive presence of white is a fragile one, never mind that many of the painting’s key elements are in full color. Welliver’s intent was not to set out on a Melville-like discourse on the color white, and the paint’s whiteness seems to be more coincidental in this setting, especially when situated near Louise Nevelson abstractions and Sol LeWitt sculptures, which certainly are explorations of the absence of color.

Another curatorial misstep is the inclusion of Nate Fors’ “i.e. said (for Dennis)” (1993). For one, this is not a black and white painting — it even includes a color photograph. Yet the lack of attention to the details of the show’s thesis does not stop there. The placard to “i.e. said (for Dennis)” states in plain black and white that the photograph is to be hung at eye level; evidently, we are to ignore this fact, because it is at least seven feet off the ground. This is not criticism directed toward Fors’ work itself; it is a poignant and thought-provoking piece that has been robbed of its power because of negligent handling.

One wall is lined with black and white photographs that, true, depict the power of the absence of color. Unfortunately, the wall placard contradicts the place such photography has in the show. By explaining that many 20th-century artists use black and white in conjunction with “flattened space, simple shapes, pure form, intense gesture, and cool geometry,” straight-ahead photography, where nothing is simple in form or geometrically cool, does not fit into this explanation and comes off as gallery filler.

Ironically, in the permanent collection in the adjacent galleries sit four major works that would have strengthened In the Absence of Color: Jackson Pollock’s black enamel painting “No. 6, 1952” (1952) is energetic in its intense gesture; Ad Reinhardt’s “No. 10” (1959) uses magenta and blue in such elegant means as to appear black; Mark Rothko’s “Untitled No. 11, 1963” (1963) uses shades of black to express flattened space and pure form; and Franz Kline, the painter who inevitably comes to mind when discussing the absence of color, portrays the dynamic qualities of the two contrasting colors of black and white. It almost seems as if the exhibit’s essayist was in the wrong gallery while taking notes.

at The Nelson-Atkins Museum of Art