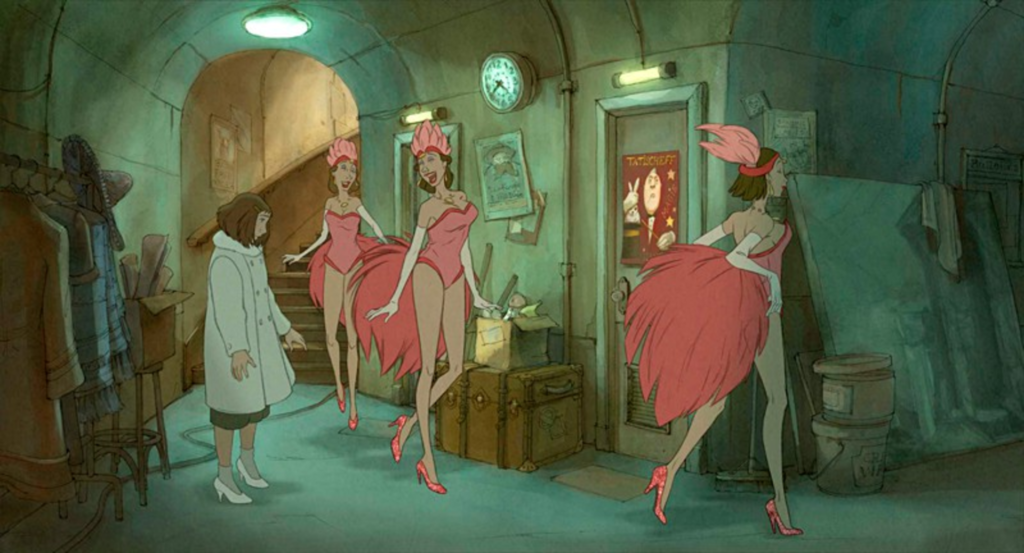 Sylvain Chomet’s The Illusionist breathes life into a celluloid fossil, lovingly animating an unproduced script by the great filmmaker Jacques Tati. At least in part, The Illusionist is a chaste father-daughter romance — additionally so, in that animator Chomet, perpetrator of the splendid retro-toon The Triplets of Belleville, was given the source material by Tati’s own daughter.

Chomet sets The Illusionist on the cusp of the 1960s, around the time that Tati wrote the script as a follow-up to his hit Mon Oncle. The animator presents the title character, a middle-aged, itinerant stage magician, not as Tati’s alter ego, Hulot, but as Tati himself (voiced by Jean-Claude Donda). Ungainly yet dignified — given a vaguely aristocratic mien, as well as Tati’s actual surname, Tatischeff — the illusionist is introduced with a series of mildly disastrous performances in Paris (where he is compelled to play straight man to his obstreperous rabbit) and in London (sharing the bill with an obnoxious quartet of proto-Beatles moptops).

The London fiasco is a prelude to a tour of the Highlands. The magician gives his most appreciated performance in some back-of-beyond Scottish pub. When he leaves for Edinburgh, the bar’s naïve young slavey, a slip of a girl named Alice (Ellidh Rankin), tags along, convinced that his conjuring tricks really are magic.

At once recognizable and improbable, sketchy and detailed, Edinburgh is Chomet’s main character, the illusionist aside. Tatischeff and Alice move into a hotel full of depressed circus types and separately explore a city populated by cheerful drunks. Alice longs for new, grown-up clothes, and the illusionist provides them, as if by magic. (Unknown to her, and a source of comedy for us, he’s been working nights in a garage and doing department-store sale demos for extra money.)

Though more wistful than the hyper-­energetic Triplets, The Illusionist is equally comic. For its 80 minutes, the movie creates the illusion that not just Tati but also his form of cerebral slapstick lives. Late in the movie, Tatischeff leaves Alice a note, explaining, “Magicians do not exist.” The Illusionist means to demonstrate that they do.